A Cautionary Tale: The Story of One Family-Owned Company Putting the Customer Ahead of Revenue

A family-owned motor repair business in Pennsylvania has been selling industrial motors, controls, gearboxes and all related services since 1981. Its vision has always been to grow beyond a geographic service area, but it was not willing to compromise on its commitment to quality.

When it comes to new technology, the company and its maintenance managers don’t have the strongest reputation as early adopters, especially when it forces them to change tried-and-true practices connected to critical process equipment.

So, when the industry started throwing out terms like the Industrial Internet of Things and Industry 4.0, the company was skeptical.

Its on-site vibration analysis and repair group has consistently been the company’s most profitable division. These are the people who get the call at 2 a.m. on a Sunday morning and don’t stop until the process has been restored.

If the family business was going to jump into wireless monitoring, it had to offer advantages for its customers and its bottom line. With seven maintenance technicians driving to customer sites, demonstrating cost savings on manual data collection would be simple, but the company was looking for more than that.

As wireless technology matured, the basic questions of signal reliability, battery life and the high price point were addressed.

Indeed, the cost of sending technicians to physically take handheld measurements was becoming harder for the company to justify. In addition, the job of uploading sensor data from the field to a central database for analysis was slowing workers down.

So, the company started doing some research.

The wireless monitoring system that would work for the company would need to have:

The company’s service team tested several industrial wireless systems advertised for predictive maintenance and condition monitoring. Some of these products used Bluetooth® or Wifi™ to send data, including temperature, vibration and current, back to a gateway controller.

Bluetooth worked well to collect data, but required signal enhancers to reach all areas the company needed to monitor. It also meant a company technician had to be on-site, regardless of the actual process conditions.

Although Wi-Fi had a greater transmission range, it was more sensitive to interference and often required the support of a corporate IT department.

After many hours of discussions and all the hardware demos the company’s team could endure, it chose a global industrial automation firm.

Working with them, the family business defined wireless condition monitoring test kits at a list price under $5,000 to collect vibration and temperature from four remote assets.

The setup could be deployed in a couple of hours, convincing the motor repair company to invest in six kits that included:

The first customer where the family business put its new wireless monitoring services to the test was a commercial printer. The motor repair company received an email notification of a high vibration level on a critical fan. It informed the printer’s on-site personnel and continued to monitor the situation remotely. The printer’s personnel made plans to follow the shutdown procedure at the next shift change.

Figure 1: Connected data software dashboard shows the vibration level between the problem fan and another that is operating within normal conditions

Vibration levels continued to increase as input was gathered from the crew on location. Before the system was restarted, a maintenance technician manually inspected the bearing, but found nothing wrong.

Even though it was unsure a real issue existed, the motor repair company asked its customer to perform a complete physical inspection. Only then did they find serious damage.

With the system installed and the 24-7 remote monitoring services, the commercial printer saved $70,000 in repair and downtime costs in this one event.

This is a great example of wireless technology empowering the company’s motor repair team to add value to customers without making the trip to their site.

The family company had the experience needed to interpret the real-time information coming in and recommend the best way to intervene. However, it was critical that this action plan was routed to the right people.

The motor repair firm could have taken care of the printer’s maintenance work under a regular, time-based contract, but the technicians on the ground were in the best position to act. Stepping into this “first responder” role ensured that the family business was recognized as the expert that could be trusted. However, this role did not result in the same revenue.

It was becoming clear that the company’s motor repair experience was an asset the family business was not set up to charge for. If it was going to grow the business, it needed to start looking at itself as early adopters. Not as early adopters of wireless data collection, but by turning remote service into a revenue stream.

The family-owned company was willing to take some risks with the repair and replace revenue because it believed that any demonstrated operational improvements would solidify a successful business relationship.

It went from getting emergency calls from technicians in panic mode to being asked to participate in operational efficiency planning meetings with senior leaders. This happened with customers the family business had been selling motors to for years.

For one customer, the motor repair company’s predictive monitoring and proactive maintenance resulted in no critical failures in over two years. Previously, the family business could count on at least $200K for that customer’s annual service contract. But now, the company puts customers over revenue. Certainly, the family business still makes money, but not if it waits for customers to call them the next time they need a new motor.

Where Is the Family Business Now?

Today, the family-owned motor repair company has come to understand that remote asset monitoring technology is both the best and worst thing to happen. Every system it installs makes it harder to put the genie back in the bottle. The company now has over 20 customer locations where it monitors the condition of assets remotely. This is in place of its manual inspection process with handheld data collection performed on a scheduled basis.

In cases where the company remotely monitors assets, it has consistently reduced the average customer spend on repairs by tens of thousands of dollars. On one hand, it is great that the family business gets to be the problem solvers that find ways to save its customers money. On the other hand, the more success the company has preventing unplanned shutdowns, the smaller its repair invoices get.

You’ve probably heard the cautionary tale of how a major camera film company didn’t want to commercialize the digital camera technology it invented because it represented too much of a threat to its profitable film sales and processing. Other companies that weren’t even recognized as competitors at the time saw this opportunity to give consumers what they really wanted at a lower cost and they prevailed. The major film company ended up filing for bankruptcy protection. Even though it had the technology that would meet the needs of consumers right in its hands, the company didn’t adapt its business model.

Revenue Model to be Determined

As history has proven over and over, market share will go to the forward-thinkers that make the hard choices now while they are still on top.

For service companies looking at the future of their business, the need for change is a certainty. The business model, however, is far less defined.

For the family-owned motor repair company, establishing business relationships has been a positive next move.

What Is Known to Be True

Service companies must keep up and define a new way to replace lost revenue generated in a run to failure world or risk being left behind. Those that accept this reality and begin experimenting with new ways to monetize their services rooted in remote monitoring and predictive maintenance technology will be ready to grow with their customers instead of being mired in the business logistics to keep up. 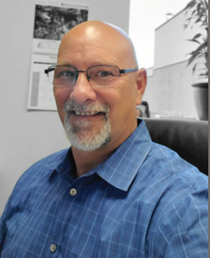 Mike Boyer, is Vice President of Sales of Motor Technology and has more than 24 years of experience in predictive and preventive maintenance. Mike has achieved great success as a Certified Level II Vibration Specialist by identifying early defects in his customers’ rotating equipment, thus preventing unplanned downtime. www.motortechnologyinc.com