A Strong Approach to Reliability in the Refinery & Petrochemical Industry

Recently, PKN ORLEN embarked on a new strategy that puts a major emphasis on reliability. It is a strategy that reflects the company’s past achievements while looking toward the future and how it can better serve its customers.

The starting point of the petroleum oil industry in Poland and one of the starting points in the world is credited to Polish engineer, pharmacist and inventor Ignacy Łukasiewicz, who improved upon British physician Abraham Gesner’s method of refining kerosene by using the more readily available “rock oil,” thus creating the kerosene lamp.

In 1854, Łukasiewicz and his business partners founded the first oil company in the world, which began production and use of oil in Bóbrka, a village in the town of Krosno, Poland. In 1856, he launched the first crude oil distillery in Ulaszowice, Poland.

Since then, PKN ORLEN’s mission has been to discover and process natural resources to fuel the future. For years now, PKN ORLEN has led the list of the largest Polish companies in rankings published by the Polish weekly and daily magazines, and was recently awarded the prestigious title of “World’s Most Ethical Company” by an international panel of experts at the U.S. Ethisphere Institute.

Rankings recently published by the British financial magazine, Euromoney, show PKN ORLEN as being the best managed oil company in the region. The company also has been named the most valuable Polish brand and the best employer.

Fueling the Future: Strategy vs. Reliability

PKN ORLEN established a new strategy for 2017-2021 that focuses on three key pillars of growth:

The vision for growth set out in this new strategy fits well with global trends in energy sources, technological progress and social shifts, which are bound to create new consumer behaviors and expectations.

PKN ORLEN aims to focus on strengthening its market position, becoming more customer-oriented, exploiting the integrated value chain with a growing role of its petrochemical business, and continuing cautiously with upstream projects. A strong focus on innovation with value creating potential is another vital element of the strategy.

Value Creation: Reliability will be achieved mainly by having strong downstream market position. To fulfill this goal, the company needs to be highly competitive by ensuring high availability of its production units.

People: Reliability is one of PKN ORLEN’s values.

PKN ORLEN will use many different tools to ensure an appropriate and as high as possible level of availability. To identify weak points in pressure equipment, the company has introduced risk-based inspection (RBI), which considers a probability and consequence to planned inspections. This is the opposite of the company’s traditional approach to inspections, which used prescriptive or time-based requirements for inspection. RBI undoubtedly will help the company identify problems before they occur.

In the area of maintenance management of its production units, PKN ORLEN will use reliability-centered maintenance (RCM) to help it focus on its main systems and provide continuity of production in common cases.

Production at PKN ORLEN is strongly focused on reliability. That is why the company has its own machinery diagnostic department, process safety team, reliability team and corrosion analysis team. The 2016 Solomon RAM Study confirms that these efforts are profitable, with the company leading Q1 Non-Turnaround Maintenance Downtime (for Western Europe). What is important to emphasize is this result was achieved during an increase in production efficiency.

In aspiring toward operational excellence, a standard of using root cause analysis (RCA) has been established to deal with the what ifs

Dealing With What Ifs

Like other companies, PKN ORLEN experiences unplanned events that affect production and, of course, reliability results. In aspiring toward operational excellence, a standard of using root cause analysis (RCA) has been established to deal with the what ifs. Effective RCA is already giving the company a huge advantage by avoiding repeated events. Toward this point, PKN ORLEN is focusing on creating a strong group of the best RCA specialists from its internal engineers who have experience in the refinery & petrochemical industry. The company is certain this will enhance the RCA advantage even more.

Companies with a wide scope of production or expanded structures of production and maintenance that have a lot of events affecting continuity or result in a reduction of production require effective RCA management methods that include investigation processes and implementation of corrective actions.

The main problem with this, however, is that not everyone knows what is happening in other units and how they are trying to deal with their problems. Furthermore, reliability departments need to efficiently manage those events.

The challenge is to build a useful and approachable reliability knowledge database. Although creating this database requires a lot of work, it may significantly make management of events easier and more effective, which undoubtedly will improve PKN ORLEN’s reliability.

PKN ORLEN also discovered a simple solution that can be applied without a high cost: the computerized maintenance management system (CMMS) tool. The only task is to create a dedicated module in the system, which could be done by a CMMS provider or the company’s IT department. Before doing so, however, it is important to discuss predicted functionality of the projected module with future users. Users’ comments could be very useful at this stage before creation.

For the RCA database module to be useful, it must contain:

To manage the punctuality of recommendations, a separate module will be created to contain all corrective actions. In this module, everyone can check the recommendations for which they are responsible.

To facilitate the work of the reliability department, which is to remind and appoint people responsible for each recommendation, reminders will be set and sent automatically to the responsible person. Management can decide whether they want to get information of delays or lack of execution of recommendations, which could improve managing in those areas.

Of course, some solutions will need internal regulations, so the recommendations would describe who is responsible for each step of managing RCA issues. This could be in the form of either an event notification put in by the RCA or exporting the information in a dedicated CMMS module.

The challenge for start-up of an RCA database in a CMMS:

The advantages of an RCA database in a CMMS include:

The hazard for the right functionality of an RCA database in a CMMS:

With the implemented tool, RCA management significantly facilitated work and communication in many areas of the production division (production, maintenance, technology, reliability). Knowledge about the identified hazards that occurred on a specified production unit is spread to other areas, which allows PKN ORLEN to eliminate weak points that may have an impact on the potential loss of production on other units. 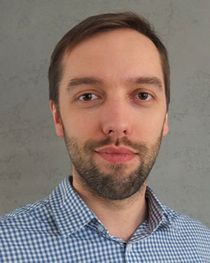 Marcin Kowalski, is the Reliability Engineer responsible for all reliability processes in the refinery section of PKN ORLEN S.A. (Poland). Marcin has more than 8 years’ experience at PKN ORLEN and specializes primarily in RCA during the investigation process of failures and RCM projects for the refinery & petrochemistry industry. www.orlen.pl