The approach to vibration analysis is likely the most varied practice in the industry. This is partially due to the lack of standardization, combined with an explosion of new knowledge and technologies over the last two decades. Guidelines for creating a world-class vibration program will differ immensely depending on the source of information. When designing a new policy or optimizing an existing program, it is vital to have a good understanding of the shortcomings that can be found in almost every network in operation. A lack of buy-in, priority, provability, the uncertainty of diagnostics, false alarms, missed opportunities, time and dedication, improper settings and lack of resources are common reasons for a less than fully successful vibration program. In short, the issue is not one thing that's 100 percent wrong, but rather 100 things that are one percent wrong. At the Chevron Phillips Chemical Company's (CPChem's) Sweeny complex, a small amount of unique improvements made a significant difference in the program's success.

The first and one of the most valuable tools is the use of trend-based narrowband envelope alarming. Traditionally, plants used overall velocity to determine the condition of rotating equipment. Unfortunately, overall vibration could be affected by different situations, such as process conditions, machine load or location, mounting specifics and resonances unrelated to the machine itself. The alerting of an increase in overall vibration is an ineffective way to monitor machinery conditions. Spectra, time waveform, orbit plots, phase and other types of data have greatly improved the ability to identify the source and severity of the vibration instead of just the amplitude. Analyzing all this data takes a significant amount of time and when reacting to a possible fault condition, or trying to monitor thousands of components found at most facilities, there is much less time than there is data.

In short, the issue is not one thing that’s 100 percent wrong, but rather 100 things that are one percent wrong.

With narrowband envelope alarms applied to the spectra, CPChem's Sweeny facility can focus its efforts on reviewing data that has deviated from its previous condition, regardless of amplitude. The trended alarms are customized for each collection point based off a trend of its various running condition signatures. These variances allow elevation and dissention of specific frequencies, such as those caused by changes in process, accelerometer placement and even ambient temperature. More so, the alarms can be set to more stringent bandwidth and amplitude levels, giving the analyst an extremely early warning of the first leading indicator.

The software used makes setting the narrowband alarms easier than setting up overalls, so as conditions change and no fault is found, they easily can be arranged to allow for a recurrence of that condition. At the same time, when a fault condition is discovered, the narrowband alarms can be set to flag any leading indicators found in the historical data. Constant updates to the signature alarms ensure the same situation never repeats itself. When specific frequencies breach the envelope alarm, the analyst is directed to the exact frequency of concern, reducing the amount of time it takes to diagnose the issue. The longer the alarms are in service, the more accurate and reliable they become.

With accurate alarms set to catch leading indicators, the majority of CPChem's vibration issues are detected and resolved before a mechanical fault occurs and without the need to shut the machine down. The alarms also allow more time to plan in situations that require a shutdown, reducing the frequency in which the data needs to be collected and the amount of points from which the data needs to be collected. Any machine that is outside of its normal running condition is added to an exception route. The exception route is collected more frequently and additional points are collected on that machine, giving better details of the situation. With less data to analyze, more focus can be put on the items that need it. With the use of trend-based narrowband envelope alarms, data collection has been reduced by over 80 percent and machinery saves have increased immensely.

Having such a powerful, predictive tool is not the only reason why CPChem has had such great success. Communication is the key to any successful program, whether it's reliability, safety, management, or productivity. The Sweeny complex uses a web-based platform to share data found by the analyst with the specific group affected. When the analyst finds a concern, a report is posted with recommendations in the vibration watch list for the specific area of responsibility. E-mail notifications are automatically sent to the subscribers for that section and the analyst can set up alert notifications to whomever else may need the information. This serves many purposes. Not only does it provide documented proof of vital communications, it also keeps a historical record of each machine in question. This constantly growing database of vibration reports provides an accurate account of machinery issues and makes it simple to find reoccurring problems, once again ensuring the same situation won't repeat itself.

Figure 2: Web-based communication platform for sharing data within the company

Another essential benefit of this type of platform is that it builds enthusiasm for the program. At the Sweeny complex, the unit operators collect the vibration data. Prior to this, the data was uploaded and never seen again by the operators. Now operators are aware of what is being looked at and why. The reports include what was detected in the initial data, what was done to correct the issue and the results of the data afterwards. When a corrective action is executed, the team that performs the action can see the results of their efforts. No longer are they "collecting data for no reason" or "data that no one looks at." Rather, they are finding issues and resolving them. Combined with the reduced workload regarding the collection process, the team no longer dreads collecting data and likes knowing that what they are doing has proven value. The data also shows that something as simple as adding grease to a motor or making minor process changes makes a difference in the performance of the equipment. Vibration analysis directs the frequency of preventive maintenance (PM) activities, process rates and much more than just mechanical maintenance. The exposure created by the company's communication platform has generated an interest in every department, which is proven by its consistent growth of new subscribers, including those from Corporate and other CPChem facilities.

This article covers only a few key points of the vibration program, which is part of a more elaborate reliability department and predictive maintenance system. The most important aspect for a successful vibration program is buy-in and support, not only from the leadership team, but everyone involved. Management at the Sweeny complex has always had a focus on reliability and continuous improvement. Accountability and consistency are equally important views shared by the team. The drive to create the program stems from the top. The success of the program stems from the collaboration of all the teams working together. Gaining this type of support does not happen by the direction of any single individual. The management and supervision at CPChem is just as much a part of the group as the technicians and production crew.Communication of goals and objectives allows everyone to work together to achieve them.

The collection methods, analyzing techniques and site-wide communication have fed off the existing atmosphere already in place at the Sweeny complex. For Sweeny, a combined effort and receptive atmosphere have generated a truly sustainable, provably and effective method for a predictive maintenance program. Having a successful program using narrowband envelope alarms and sharing the information with the right groups give the program the recognition and attention it needs to maintain a high priority and sustain its success.

In conclusion, the shortcomings commonly found in other programs have been drastically offset at the CPChem Sweeny facility, not by doing one thing 100 percent better, but by several people doing several things one percent better. 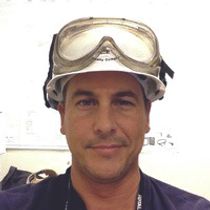 Richard Bierman is a Vibration Analyst for Chevron Phillips. Fifteen years of equipment monitoring experience has allowed Richard to understand the cause and effect of mechanical faults and how they relate to the vibration data, as well as recognize fault conditions not found in documents on the subject of typical vibration diagnostics. Mr. Bierman is also the SME for Lubrication Analysis and Program Optimization.
www.cpchem.com