As anyone with a hand in running a household knows, it’s important to keep a stockpile of key items. You certainly don’t want to find out the hard way that you’re on your last square of toilet paper! But in the case of a facility like a power plant, a missing spare part could be more than just a nuisance, it could be downright expensive.

The investment the utility company made to conduct a spare parts analysis ultimately resulted in a savings of 50 to 1.

Determining the appropriate spare parts to have on hand in a large facility, however, can be tricky. This is especially true after building a facility from the ground up, when you don’t have a frame of reference for which spare parts you’re most likely to need first.

Most organizations deal with this in one of two ways: 1) they guess or 2) they purchase according to a spares list provided by an equipment vendor.

There are obvious limitations when it comes to guesswork. Making the wrong guess can result in huge expenses, either in unnecessary spare parts or in costly downtime. An equipment vendor’s suggested list probably would be somewhat more accurate, but such suggestions are unlikely to take into account the specific needs of your organization. A better way is approaching spare parts recommendations through the lens of reliability as it applies to each specific operation. As factors change, it’s important to reevaluate, making sure to take into account everything that could influence purchase priorities.

The external reliability consultant started a spare parts analysis by looking at the list provided by the equipment vendor, then digging much deeper. A series of questions was explored, including: How often is this part likely to fail? What is the cost of the downtime if the part is attached to a critical piece of equipment? What is the unit cost of the spare part? What is the lead time to obtain a spare? Is this part likely to fail at any time throughout its lifecycle or is it only likely to fail at the end of its life? There is no point in purchasing a spare today if you are unlikely to need it for another 20 years.

In all, about 1,500 pieces of equipment were reviewed over 40 days before providing a recommended list of spares. The final list included some of what the equipment vendor had recommended, left off many of its recommended parts and suggested a few additional parts that weren’t on the original list.

The final critical spares list that was recommended included a total of $2.2 million in spare parts, a savings of $2.7 million over what the equipment vendor had originally recommended.

The reliability consultant’s recommended spares list is intended to be responsive to changing needs and new information. When the utility took a second look at its downtime cost and calculated that it was actually $10/megawatt and not the $23/megawatt it had initially determined, the consultant reevaluated the spares list, reducing the utility’s recommended purchases by another $200,000.

The investment the utility company made to conduct a spare parts analysis ultimately resulted in a savings of 50 to 1. Beyond the monetary benefit, the utility’s reliability engineer felt much more confident in the approach taken and was relieved in being able to avoid grossly overspending on spares.

If yours is like most organizations, you probably run into trouble when it comes to having the right spares on hand. Either you’re missing the right parts when something breaks down or you have expensive spares gathering dust and potentially going bad in storage. Getting a second opinion from a reliability-focused consultant takes the guesswork out of developing a critical spares list by taking into account item costs, the likelihood of failure, lead times, downtime costs and all other relevant factors. 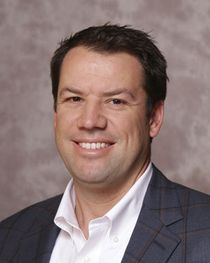