Maintenance professionals tasked with maintaining electric motor reliability are often concerned with testing their critical motors at voltages well above nameplate levels. It can certainly feel counterintuitive to test a 460V motor to 2,000V or a 4,160V motor to 9,320V. After all, the motor is only rated for this lower voltage, right?

Some may even have had experiences with motor failure following a hipot or surge test at these elevated voltages. These events can create even more hesitation in using high voltage testing as an in-service evaluation technique.

First, let’s explore the operational stresses that motor insulation systems must endure, then dive into a description of the nature of insulation deterioration and failure, as well as an overview of the safety measures designed into modern high voltage testing equipment so test operators can feel more comfortable applying these testing methods.

The Importance of Nameplate Specifications

Every motor installed in an industrial application has specific nameplate design criteria. These nameplate parameters define the proper operational characteristics of the motor while in service. It is important that the motor voltage and current levels are kept within a specified range of these nameplate specifications. An overvoltage condition of 115 percent could lead to saturation of the stator’s iron core and, in turn, create excessive heating of the motor insulation system, which will lead to motor failure.

Conversely, an undervoltage condition will result in higher than normal current flows for a given amount of delivered shaft power. This will also lead to excessive heating and subsequent insulation degradation. These scenarios are just as harmful to the insulation system as an overload condition due to additional thermal stress on the motor windings. For these reasons, it is critical that the motor is operated near the nameplate voltage level.

“Research has shown that the voltage levels induced in the motor windings can be as high as four times the nominal bus voltage levels.”

The breakdown voltage is an independent rating of the insulation and is not associated with the motor’s nameplate rating. When a motor is designed for a specific operating voltage, the insulation is designed to withstand a significantly higher voltage than the nominal bus voltage.

There are several reasons for this, but the most important is that the voltage stress imposed on the windings during contact opening can be as high as four times the applied bus voltage. If motors were only insulated to withstand nameplate voltage, they would fail almost as soon as they were placed in service.

Scientific field research has shown voltage levels induced in the motor windings during switching transients can be up to four times greater than the motor’s rated nameplate voltage.

Motors begin their life with a very high insulation breakdown voltage. A 460V motor’s insulation system will have breakdown voltages of 28,000V to ground and 16,800V between turns at the beginning of its design life. This gives the insulation plenty of room to degrade over time without sacrificing insulation integrity or reliability of service.

Once the motor’s insulation breakdown voltage drops below the maximum voltage stress level shown in Figure 2, the motor is in its final stages of life. At this point, the motor has consumed most of its useful insulation life and should be scheduled for replacement as soon as practical.

The ability to determine the condition of the insulation and its ability to withstand the voltage stresses caused by normal operation is critical to defining its reliability. This is why high voltage testing is so important. Being able to determine that a motor has entered its final stage of life is the key to an effective electric motor reliability program. Without this predictive testing, the motor failure will come without foreknowledge as one blindly performs only low voltage testing.

“A test may also show a nonlinear current response, indicating the insulation is approaching end of life.”

Insulation resistance testing is described in Standard 43 of the Institute of Electrical and Electronics Engineers (IEEE). This is a nominal test and is not designed to stress the insulation in any way. In cases of higher voltage motors, this test is conducted at voltages lower than the nameplate. The purpose is to measure the leakage current at a non-stressful DC voltage level, thereby gauging the insulation resistance value through calculation (Ohm’s Law R = V/I). This is useful in the field as a gauge of contamination and moisture effects on the motor circuit.

This test can be extended for up to 10 minutes to further evaluate contamination, as well as moisture, and, in the case of clean dry windings, the motor insulation’s ability to polarize, which is an indication of insulation age and deterioration.

The next DC test is the high potential test or hipot. This test is governed by IEEE Standard 95 and comes in a variety of forms. The most effective of these methods is the step voltage test. This test is like an insulation resistance test, but incrementally increases test voltage in steps to evaluate the resulting change in leakage current.

The recommended final test voltage for a DC step test is 2X line voltage + 1000V, with at least five steps along the way. These steps allow for the evaluation of leakage current responses to the increasing voltage. As voltage is increased in steps, the leakage current should also increase in a linear way. This validates that the insulation resistance is staying constant at these higher voltages. The suggested test voltage ranges from 5 Per Unit to 2.5 Per Unit as seen in the Figure 3 table.

If the resistance is stable over each of the steps, one can be assured that the ground wall insulation is suitable for continued reliable service.

However, the test may fail due to an overcurrent or arcing condition. This would indicate exactly where the insulation breakdown voltage is with respect to bus voltage. This gives a clear indication that the insulation has reached the end of its reliably useful life.

A test may also show a nonlinear current response, indicating the insulation is approaching end of life. This allows the maintenance planner plenty of time to schedule the motor’s replacement.2

“The day-to-day high voltage stress impressed on the motor by normal switching activity is far more destructive than any well-regulated hipot or surge test.”

During the switching surges, these interturn insulation barriers are stressed due to the nature of induction in the motor windings. The voltage drop between turns is nonlinear in its distribution and places a higher stress on the turns closest to the motor’s leads. These shorted turns produce high induced currents in the shorted closed loops leading to ground or phase insulation failure.3

It is often found that ground faults and phase to phase winding failures originate from interturn insulation shorts. This makes surge testing one of the most critical indications of early insulation deterioration. The surge test effectively simulates the same stress endured by the motor winding during a typical switching cycle. By constant evaluation of the surge wave stability, one can detect variation of the surge waveform frequency while limiting the energy flow once the weakness is detected.

While these tests are by no means new technology, the methods of testing, evaluation and control are relatively new. Electrical testing and measurement companies can now test instruments utilizing the monitoring capabilities of their onboard computers to continually evaluate and control voltage and current, as well as interrupt the testing immediately when irregularities are detected.

In the past, surge test equipment relied on the technician to stop the test when abnormal conditions arose. By providing constant testing controls and oversight, the instrument automatically minimizes any risk of potential carbonization of the insulation that might occur during testing. This not only ensures the highest accuracy and repeatability, but also removes concerns related to overstressing the insulation.

“Excessive motor starting, poor power quality and overloading are controllable metrics that can have far greater destructive effects on equipment than any high voltage test.”

Are Hipot and Surge Testing Destructive?

The only way the insulation would be degraded is by excessive charge flowing through the weakened material. This does not occur with good insulation.

“The data clearly shows that there is absolutely no correlation between the insulation resistance value at low, non-stressing voltages and the insulation’s ability to withstand high voltage stress.”

The most important point to remember is this: The day-to-day high voltage stress impressed on the motor by normal switching activity is far more destructive than any well-regulated hipot or surge test. Excessive motor starting, poor power quality and overloading are controllable metrics that can have far greater destructive effects on equipment than any high voltage test.

Routine insulation tests performed with precision control and at reduced energy levels are one of the least harmful things the motor will experience over the course of its lifecycle. It is important to consider that when an insulation weakness is stressed by the inductive kick voltage caused by the motor’s contactor operation, the entire energy of the distribution system is available to carbonize the windings.5 When performing hipot and surge testing, the energy levels are only a small fraction of those experienced during normal motor switching operations.

An electrical testing and measurement company recently conducted some breakdown voltage experiments as a demonstration of the strength of various materials. It tested many common items, such as plant leaves, duct and electrical tape, insulation materials and even toilet paper. By performing an insulation resistance test at 500V, it discovered that the two-ply toilet paper had an insulation resistance value of 2,000 megohms and a common computer power supply cord only had a resistance value of 260 megohms.

When it conducted the step voltage hipot, the toilet paper had a breakdown voltage of 2,000V and the power cord was able to hold the entire 30,000V available from the power pack and never broke down.

Whether you are aware of it or not, you are hipot and surge testing your motors much more frequently than you might realize. Each motor’s start and stop are effectively a hipot and surge test with an unlimited amount of energy available to damage the winding. Testing with a static tester is a means of simulating this same stress with low energy and in a precisely controlled manner.

2. The Institute of Electrical and Electronics Engineers. IEEE 95-2002 – IEEE Recommended Practice for Insulation Testing of AC Electric Machinery (2300 V and Above) With High Direct Voltage. 2002. 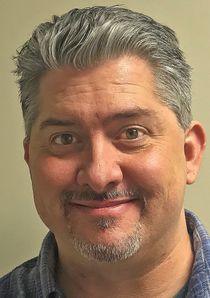 Drew Norman is the lead product training and applications support engineer for Megger Baker Instruments. Prior to joining Megger Baker Instruments 12 years ago, Drew was employed by General Electric for eight years in a variety of roles, including predictive maintenance technician, motor generator specialist, shop operations manager and equipment management program coordinator. Drew is a veteran of the United States Navy, serving eight years as a journeyman electrician and nuclear operator in the submarine service. www.megger.com/baker