Steam systems are vital to the smooth operation of so many manufacturing plants and other facilities. Numerous components are at work to ensure this smooth operation, but none more important than steam traps. Yet, despite their critical function, the majority of plants rely on time- and labor-intensive manual inspections. Yet, with the emergence of industrial Internet technology, steam traps make ideal candidates for automated sensing technology.

Steam traps are designed to discharge unwanted condensate. They are critical components to the vast steam systems utilized worldwide for manufacturing, power generation, heating, cooling and sterilization processes. Despite their prevalence, these valves are notoriously faulty. According to estimates by the U.S. Department of Energy, “in steam systems that have not been maintained for three to five years, between 15% to 30% of the installed steam traps may have failed.” Failed traps represent not only immediate wasted energy—on the order of billions of dollars annually—but also the costly risk of production downtime, employee safety hazards, legal exposure and increased CO 2 emissions.

Cost of a Failure

Unless a plant sticks to a rigorous schedule of inspecting, maintaining, repairing and replacing steam traps across the facility, the plant is almost certainly wasting significant amounts of the costly energy its steam system produces every day.

Worse, if a plant doesn’t have a regular trap maintenance process in place, it is likely to experience more trap failures. This also adds considerably to a plant’s costs and could result in expensive, facility-wide downtime or even an explosion.

A single failed trap can cost a plant thousands of dollars per year. For average-size facilities with several hundred or thousands of traps, the costs accumulate quickly. More catastrophic “cold” or “closed” failures can result in process or plant-wide downtime on the order of millions of dollars.

Take for instance the 2007 explosion under New York City’s Grand Central Terminal that is still making its way through the courts. The explosion killed one person, injured dozens of others and “created panic in Manhattan.” The cause? Con Edison, the utility company that operates the city’s steam distribution, described it as a combination of rainwater buildup around a pipe and clogging inside a steam trap.

Still, inadequate monitoring is all too common due to the hassle of manual inspections and, for those forward-thinking facilities that have experimented with wireless sensors, the challenges and costs presented by today’s battery-powered solutions.

Many large, multinational corporations do not adhere to a regular schedule for inspecting their steam traps. In fact, some might go several years without conducting physical inspections.

Considering the costs and complexity of manually inspecting all steam traps across a large plant, combined with the recommended frequency for conducting such an audit, it is clear why an undertaking might seem too daunting for a large organization.

Recently, some manufacturers have turned to automated condition monitoring for steam traps. This entails installing a sensor near a steam trap that can monitor the trap’s health and wirelessly report that data at regular intervals to a central database or cloud-based dashboard.

The benefits of such a solution can be significant. Rather than having to schedule physical walk-throughs of the facility at specific times to inspect each steam trap — and hope the traps don’t fail in-between inspections — a company can receive regular, automatic status updates on any of its steam traps or other pieces of equipment that need monitoring. This provides more seamless visibility into their equipment health and more timely alerts to problems.

Automated condition monitoring marks the first generation of the Internet of Things (IoT) for steam trap monitoring and offers modest improvements. However, it still doesn’t close the gap. Up-front costs and ongoing battery maintenance associated with these sensors prevent them from being deployed en masse. Instead, sensors are deployed on a limited number of “problem” traps, which begs a separate question: How does one know which traps are the biggest offenders if all traps are not monitored?

As a presentation delivered at The International Society of Automation’s 2014 Process Control and Safety Symposium and Exhibition concluded, the battery maintenance required of wireless sensors represents a drawback that somewhat offsets the benefits of the wireless cost savings. Moreover, the presentation pointed out, if a sensor’s battery is not replaced at the correct interval, the sensor itself will fail. Ultimately, facility managers are not interested in trading one maintenance problem for another.

With battery-free sensors, a plant is able to realize all of the benefits of continuous steam trap monitoring with a dramatic reduction in the labor needed for inspection and repairs and with significant improvements in the quality and frequency of the data. 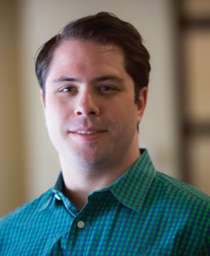