I wonder if back in 1964 when Heavy Engineering Corporation, Ltd., of Ranchi, India, hired a young mechanical engineer fresh out of university to install a total maintenance program that they had any idea what kind of 55 year reliability journey they were unleashing on the world with the hiring of one Ramesh Gulati.

Eventually, his path landed Ramesh a reliability leadership position at the prime contractor for Arnold Engineering Development Center (AEDC), one of the most important U.S. national security installations, a mission critical test for anything and everything our defense forces flies.

You might imagine a slick control room and ultramodern equipment under his care, but that would be far from reality. Some of the equipment actually came from captured World War II enemy territory, other equipment was one of a kind, specially made for the mission. All of it required the highest reliability and had to be ready to function when called upon.

Add the special challenge of a new base commander every two years, federal government procurement rules and a fix it maintenance mind-set and Ramesh had a new challenge.

I was an outsider looking in, but from what I saw, Ramesh formed a motivated team of insiders who wanted to make things better at the base. He reached out to the best of the best outside advisors in reliability-centered maintenance, computerized maintenance management, condition monitoring, work management, reliability leadership and asset management. He leveraged conferences, training, certifications, associations and professional meetings.

I visited the site often, under the umbrella of adviser, but often times Ramesh would simply drag me from department to department asking his team to present their latest improvement to me, knowing I would ask a million questions. As he drove me to the airport, I would often comment to Ramesh that I was sorry we ran out of time to make the presentations I had prepared for his team. It was not until years later I realized that was his plan all along. By bringing a respected visitor on site, it forced his team to organize their thoughts into a coherent story that described the strategy and plan they were using to advance reliability and asset management.

The other thing I observed about Ramesh is that everyone knew that if they saw him approaching, they were about to discuss reliability. It did not matter what their role was. Purchasing agents, human resources, engineering, operations, senior management, even Air Force commanders all knew that if they bumped into Ramesh, they were going to be talking about reliability and being encouraged to study and get certified. This created one of the broadest cross-functional reliability programs I have ever witnessed where everyone understood their role and played an important part, akin to safety.

New base commanders were often barely unpacked before Ramesh was knocking on their office door to explain the benefits and deliverables of the reliability program and the dangers of cutting resources.

It was the single longest, most sustained high reliability program I have witnessed in my 20 years at Reliabilityweb.com.

Ramesh is a true reliability leader and earned a well-deserved, but rare, Reliabilityweb.com Lifetime Achievement Award at The RELIABILITY Conference, May 8, 2019, in Seattle, Washington. 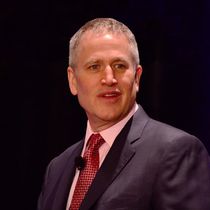