As a result of the 1973 and 1979 oil crisis, the Canadian federal government made a large investment in infrared technology to inspect many federal government buildings to identify areas of excess energy loss. Repairs made to areas identified by this program resulted in signifigant energy cost reductions.

In the U.S., the Weatherization Assistance Program (WAP) enables low-income families to permanently reduce their energy bills by making their homes more energy efficient. Funds are used to improve the energy performance of dwellings of needy families using the most advanced technologies and testing protocols available in the housing industry. Infrared thermography is one of the tools used. The U.S. Department of Energy (DOE) provides funding to states, U.S. overseas territories and Indian tribal governments that manage the day-today details of the program. These governments, in turn, fund a network of local community action agencies, nonprofit organizations and local governments that provide these weatherization services in every state, the District of Columbia, U.S. territories and among Native American tribes.

The energy conservation resulting from the efforts of state and local agencies helps our country reduce its dependence on foreign oil and decreases the cost of energy for families in need while improving the health and safety of their homes. During the past 33 years, WAP has provided weatherization services to more than 6.4 million low-income households. Families receiving weatherization services see their annual energy bills reduced by an average of about $437, depending on fuel prices.

In Europe, there is also an energy conservation program in effect, where infrared thermography is one of the tools employed. The 2002/91/CE Directive of the European Parliament and Council related to the energy performance of buildings directive (EPBD) complies with the European energy strategy and is a useful legal tool, on a European level, to improve the energy performance of buildings in an effective way.

In fact, the EPBD has:

The main purpose of insulation in exterior building walls is to keep the energy used by the HVAC system inside the structure, dedicated to the purpose for which it was created - to either heat or cool the interior. Insulation efficiency is based on the integrity of the millions of tiny dead air pockets in the insulation material. Conduction is the mode of heat transfer by which energy is transferred from one side of a material to the other by the intimate contact of the molecules. The denser the material, the better the conductor. For example, gasses are the poorest conductors, or good insulators, while solids and liquids are better conductors than insulators because the molecules in both these states of matter are fairly dense and close together. A perfect insulator would allow no energy to be transferred from the interior of a heated building to the cold exterior of a cold climate such as the northern areas of North America. In the south, the job of insulation is exactly the opposite. It is used to keep the hot exterior energy from transferring through the structure into the cooler air conditioned interior. Although there is no such material as a perfect insulator, many materials, such as fiberglass insulation and styrofoam insulation, serve the purpose and signifigantly reduce the amount of energy wasted or not used to perform its intended task. In the case of wet insulation, the water molecules inside the insulation act as a conductor (Figure 1). Heat transfer is also much greater where there is no insulation in place and also results in wasted energy.

Figure 2: Color infrared image of missing insulation in a home which is air conditioned on a hot day. Square warm pattern is indicative of a missing bat of fiberglass insulation.

Figure 3: A color image of air leakage around an outside door caused by missing weather stripping both before and after retrofit.

Convection is the transfer of energy by the movement of a fluid, which can be either a gas or a liquid. "Drafts" caused by air infiltration/exfiltration (Figure 3) often cause inhabitants to "turn up the heat," which increases the amount of energy used to heat a house.

In industrial processes, the same principles apply. When the brick refractory in a heated process vessel thins or falls out, the energy meant to heat the process to a specific temperature is wasted as it heats the exterior of the vessel rather than the process. This can be very easily detected by infrared thermography, as can be seen in Figure 4.

An area often overlooked in industrial commercial situations is the energy wasted when an electrical component heats up due to higher resistance, loading issues, or induced heating. The main focus today is that of electrical safety. The National Fire Prevention Association (NFPA) has recommended that all electrical equipment be inspected a minimum of once per year with infrared thermography to identify any areas of potential electrical fires and safety issues.

Often, the amount of energy wasted is thought to be inconsequential. The first law of thermodynamics tells us that energy cannot be created or destroyed in a closed system; it only can be changed from one form to another. The heat we see with our infrared systems while doing an electrical inspection is simply electrical energy that is being converted to thermal energy and not being used to perform the work it was designed to do. Therefore, it is really wasted energy. In Figure 5, we have a case of induced heating. How much electrical energy is being wasted in order to heat these ferrous bolts to a temperature in excess of 100 degrees Celsius by means of induced heating?

Another question one might ask is, How much energy is being wasted by high-resistance connections such as the one in Figure 6? This heating is a product of electrical energy being converted to thermal energy rather than being used to power the equipment to which it should be directed.

If you are involved in residential, commercial or industrial energy management programs, infrared thermography is a tool that is indispensible. No matter what the cause of the heat loss, an infrared camera can quickly identify heat loss locations. With the accurate temperature calculations available with most modern infrared systems, a financial feasibility study can be undertaken to determine the cost benefits of remedial actions. 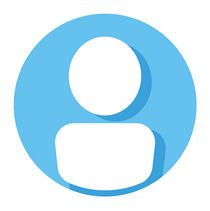