In search of alternative methods of conducting safer, standards- compliant inspections, the corporate Reliability Engineer investigated how infrared inspection windows (commonly referred to as IR windows, viewports or sightglasses) might be utilized. It was determined that:

•Use of Infrared Windows for routine inspections of healthy equipment did not require the elevated levels of PPE required in 70E, since as stated in 70E 100: "Under normal operating conditions, enclosed energized equipment that has been properly installed and maintained is not likely to pose an arc flash hazard." In NFPA terms, an IR window maintains an "enclosed" state for the switchgear, MCC, Transformer, etc., and maintains energized components and circuit parts in a "guarded" condition. Therefore, the hazard/risk category would be equal to that of reading a panel meter, using a visual inspection pane for lockout/tagout confirmations, or walking past enclosed, energized equipment.

•Use of infrared windows would provide an efficient method to perform inspections. This would make more frequent inspections feasible for critical or suspect applications to ensure plant uptime.

•Use of IR windows would provide non-intrusive access to electrical applications; therefore, surveys could be conducted without elevating risk to plant assets and processes, meaning that inspections could be conducted during peak hours for the best diagnostic data.

•Use of IR windows and closed panel inspection would eliminate high-risk tasks during inspections and thereby increase safety for thermographers.

The focus of the mill's initiative was to facilitate inspection of the primary switchgear in their electrical distribution system which feeds one paper machine and several smaller operations within the plant. An impending ten-day shutdown increased the sense of urgency since all windows could be fitted for one machine during that period.

IRISS, inc. was commissioned by the paper mill to conduct a pre-site inspection to ascertain the optimal position and quantity of windows which would give thermographers thorough visibility of desired targets. The conclusions from the initial inspection are noted in Table 1.

197 infrared inspection windows totaled $42,050.00. IRISS was also retained to supply an installation team to perform the installation of the IR windows. Installation costs sited in Table 2 were calculated using the following assumptions:

The Installation Installation of the infrared inspection panes was conducted during three nights and three days during the ten-day shutdown. Some installations were completed on live gear using additional safety measures; however, the vast majority were conducted on deenergized equipment in what NFPA terms an "electrically safe work condition."

Prior to the installation of the IR windows, all infrared inspections were completed on open, energized gear. Therefore, PPE, live works procedures, risk assessments, permits, etc. were required for all inspections, and as noted earlier, several applications had never been surveyed due to safety restrictions.

The paper mill had previously invested in its own infrared camera and an on-staff thermographer. The thermographer was trained and "qualified" to assist in opening panels on energized gear. Therefore, some efficiencies were already in place when compared to a typical crew of a single thermographer + two electricians. Consequently, the man-hour calculations for the "traditional inspection" are actually conservative.

Table 3 details the man-hour costs for infrared surveys using in-house staff without infrared windows or viewports. The following assumptions are made:

•PPE suit-ups twice per day, per man (30 minutes per man per suit-up)

•147 individual panels to inspect (per Table 1)

After the infrared windows were installed and there was no requirement to remove panels or wear increased levels of PPE, the task became a one-man job. The increased efficiency and economies of motion and man-power, which infrared windows provided, significantly decreased the time required to complete a survey to just two, eight-hour days for a total of just 16 man-hours. The costs associated with an infrared survey using the IR windows are detailed in Table 4.

Compared to the costs of traditional inspections (Table 3), the paper mill now saves $39,375 per inspection cycle because of the efficiencies they have gained through the use of infrared windows.

Table 5 combines the data from the previous tables to illustrate the ROI for the paper mill based on the initial investment of the IR windows, the investment in installation and the costs to perform surveys using the windows, compared with the mill's traditional costs of using their in-house team while not using any windows.

Using infrared windows is shown in this example to pay dividends as early as mid-way into the second inspection cycle, yielding almost $18,000 in savings which can be put back into the budget by the end of the second cycle. In just five inspection cycles the mill shows a savings of over $135,000.

Moreover, because inspections can be completed with greater ease and without increased risk to personnel, plant and processes, the frequency of inspection cycles has been increased to quarterly, reflecting best-practices recommendations which were previously not feasible, and thought to be unattainable. The new inspection cycle brings ROI to the plant in just one quarter, while reducing the risk of catastrophic failure among the plant's critical power distribution systems, which will, in turn, minimize production losses due to equipment failure.

Additional window installations have been planned and scheduled to occur during the facility's next shutdown. Because the customer's in-house electricians were trained to install infrared windows, the installation costs for future installations will be a fraction of the cost paid for the original installation, saving even more money and accelerating the ROI for additional windows.

This mill realized a return on investment very quickly while benefitting from the other intangibles of infrared windows. Specific achievements are:

A portion of the financial savings were used to continue to build and strengthen the PdM Program through the purchase of a second IR camera for the maintenance electricians, further underscoring the mill's commitment to practical use of technology to ensure uptime while enhancing the safety of its workers. Infrared windows provide a cost-effective and safer alternative to traditional inspections. 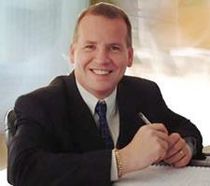 Martin Robinson, I Eng, MInstD, is a highly sought after trainer and speaker for topics including infrared windows and general thermography, electrical preventative maintenance, condition based monitoring, "green energy," and electrical safety standards. With over 15 years of practical field experience, Martin's expertise is also valued on various committees, such as the British Institute for Non- Destructive Testing - InfraRed Training Working Group (which for establishes the training standards and working practices for Thermographers in the UK).