That is where "reliability" comes into play!

Reliability is defined as:

The probability that equipment or systems will perform required functions satisfactorily under specific conditions within a certain time period.

Failure is defined as:

The inability of the asset to do what the owner wants it to do!

Get out of the maintenance business!

Your company is not in the maintenance business. Your company exists in order to perform its process or to produce its widget in order to meet as much of the demand as the physical assets will allow!

You must be aware of the overall goals of the company and align your program and goals with the company's goals!

The First Law of Good Maintenance

"In maintenance, when you get really good at something, you're doing it much too often. There has to be a better way, and it's time to do a serious failure analysis," says a former maintenance manager and now a corporate executive.

According to Neville Sachs, a leading RCA consultant, "Combining effective failure analysis with a good predictive maintenance program usually results in huge benefits. Depending on the type of facility, it can not only reduce maintenance costs by 20 to 30 percent, but also increase production by similar values. However, it does require a cultural change.

Four years after a failure analysis program was started in a large heavy industrial plant, one of the mechanics said, "The problem with this place is that there aren't any hero jobs anymore."

Most plant maintenance personnel derive job satisfaction from solving problems. An effective RCFA program will substantially reduce those problems, so alternative sources of job satisfaction have to be found."

RCM is a very tightly defined process, however many people simply use the term to define the process of using root cause analysis techniques to determine the specifics of a maintenance program. We will not dwell on the debate as to the exact meaning of RCM. We will focus on the basic underlying concepts that are referred to as:

Mike Drew of ARMS Reliability Engineers explains that a reliability-based approach to Maintenance uses the probability of failure to select the most effective maintenance strategy. The probability of failure is determined either from past failures, knowledge and experience or from industry references. Often it is found that existing record systems and logs contain a wealth of data that has not been used to predict future performance.

There as many reliability philosophies as there are maintenance philosophies, however they all share some commonality such as using various root cause analysis techniques to discover the root causes of failures or potential problems. These techniques are not only used to examine the physical aspects of a problem, but also the human elements that may have an even larger effect on the situation.

According to Charles Latino, founder and President of the Reliability Center Inc."When things go amiss, they are caused by a multiplicity of errors. It is typical for eleven to thirteen errors to occur prior to the one that obviously caused the failure."

Failure analysis techniques do not only focus on what errors had occurred but also on why they occurred. Causes, such as workers who are poorly prepared for their tasks, procedures that are flawed (or do not exist), and workers who have too little time to perform a task with precision, engineering errors and poor communication. These are areas where management can exercise the most control.

Many of the errors that occur or might of occurred had your Infrared Inspection program not detected it, are caused by the lack of time and attention devoted to problem/failure avoidance. When equipment fails and shuts down the productive capacity of a facility, often the plant manager will only ask when will it be ready to run again. If he or she does this often enough they will instill a paradigm in the workforce that says that management is not interested in the quality of repairs, only in getting the process running again. Management has now laid the seed for poor quality work and they don't even know it. Even worse, the lessons and wisdom that could have resulted from a thorough investigation of the failure is lost.

As Michael Drew states, "in today's environment where companies have gone through corporate takeovers, privatization, business process reengineering, and downsizing, the positive impact of increased plant availabilities at lower maintenance costs can have a significant impact on its profitability."

Applying reliability concepts can go along way toward achieving such gains.

Neville Sachs, P.E., is President of Sachs, Salvaterra & Associates, Inc. The consulting firm specializes in improved plant and equipment reliability and technical support services. Previously, Neville was Supervisor, Reliability Engineering for AlliedSignal Corporation where he was instrumental in developing one of the first large predictive maintenance inspection programs in the nation. Mr. Sachs received Bachelor of Engineering Degrees in both Mechanical and Chemical Engineering from Stevens Institute of Technology.

The Reliability Center Inc., offers a virtual library of reliability related articles that are well indexed and easy to read. They offer a free email newsletter and have a discussion board where you can post questions.

A comprehensive directory of additional reliability resources is published at Reliabilityweb.com. Click here for the Online Directory Home Page. 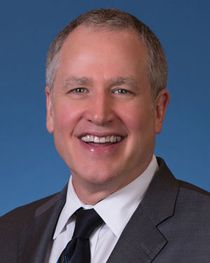