The result has been increased energy costs and downtime resulting from equipment not operating to full potential and failing unexpectedly. The problem results in $100's of billions of dollars in additional energy consumption and lost revenue. Unfortunately, in many cases, the connection between the cause and effect is not made.

There are specific issues with defining the philosophy of motor management. The most important is that many view motor management as energy management; others view it as motor testing, storage, greasing or some other function. These limited definitions are wrong and will destroy a program before it is started.

Why? Because they are merely functions and don't include a long-term philosophy. A true motor management program and philosophy will have both immediate impact and long term results.

Therefore, a more accurate definition of motor management is required:

Motor system maintenance and management is the philosophy of continuous improvement of all aspects of the motor system from incoming power to the driven load. It involves all components of energy, maintenance and reliability from system cradle to grave.

This provides the outline for any true motor management program which is intended to extend the useful life of the motor system, combined with continuous improvement and availability of the system. In addition, the focus is back on a systems approach, so that the system includes: Incoming power and distribution; Controls; Motor; Coupling; Load; and, Process. A full view of the system is sorely lacking in most programs.

In this article, we will discuss the motor system components and how issues within each component can affect the system, as well as some of the key issues and a few of the technologies used to evaluate those conditions.

While the past articles in this series have focused on testing as it relates to the electric motor (also called the electric machine) the purpose of this article is to expand the series to include testing and managing the complete system.

The first area of issue is power quality and then transformers. Power quality issues associated with electric motor systems include, but are not limited to (there are many issues, so we are just covering the common ones here):

Transformers are one of the first critical components of the motor system. In general, transformers have fewer issues than other components in the system. However, each transformer usually takes care of multiple systems in electric motor and other electrical systems.

The motor control or disconnect provides some of the primary issues with electric motor systems. The most common for both low and medium voltage systems include:

Additional systems include AC and DC drives, soft starts, amplifiers which we will address in future articles.

Cables - Before and After Controls

Cabling problems are rarely considered and, as a result, can provide some of the biggest headaches when troubleshooting. Common cable problems include:

The coupling between the motor and load provides opportunities for problems due to wear and the application. Some of the more common issues include:

The most accurate system for coupling fault detection is vibration analysis. ESA and infrared analysis will normally detect severe or late stage faults.

The load and process can have numerous types of faults, depending on the type of load. The most common are worn parts, broken components and bearings. Test instruments capable of detecting common load and process equipment problems include ESA, vibration, infrared and ultrasonics.

While we have focused on the primary elements making up a single electric motor system, it is not suspended in space. A full systems approach includes taking into account the overall operating environment, from surrounding equipment to altitude.

However, as we continue to expand our knowledge of addressing the motor system, it is important to isolate the components, then the system, then the environment in order to gain the understanding necessary to truly evaluate the conditions of systems from a standpoint of reliability.

The optimal method for evaluating a complete motor system is to step back, view the complete system and environment, don't sweat the details, then focus on the areas that make the most sense. This also includes the development of an overall Reliability-Centered Motor Management (RCMM) strategy, which must encompass all of the aspects of the motor system life-cycle from initial purchase to final retirement.

As we continue this series, we will now step back and tackle each of the specific components outlined within this article and how each impacts the overall system.

This article first appeared in the November 2007 issue of Uptime® Magazine - a free monthly magazine for maintenance and reliability professionals. 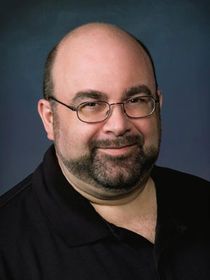