Normalization of Deviance and the Perception of Defects

How can anyone walk by a defect right there, day in and day out and in their face, and do nothing?

Ever walk into a room, look around and conclude that all is well. But then, someone picks up papers, a briefcase, or some other object from the floor, right where you were about to walk. You hadn’t seen it. Your vision is fine, so how could you have missed it? It makes you wonder how many other little things you missed in other places, too.

There is a mind-set needed to see little things. Sure, there are those who rebel against those compulsive people who want everything just so. But as it turns out, when everything is just so, the scene is easier to take in and see if there are any insidious defects that could cause real problems. Factories are like that, too. If the plant is just so, it is easier to separate out the problems from the background.

There is a mind-set needed to see little things.

There is something even deeper at play. How can anyone walk by a defect right there, day in and day out and in their face, and do nothing? Humans are masterful at separating out the signal from the noise. If the background stays the same, then the signal (defect) fades and eventually disappears.

An article in a NASA publication explored the normalization of deviance. It describes it as a cognitive (i.e., wired into the brain) process that when a scene doesn’t change, we stop seeing the details. The article cited the space shuttle Challenger tragedy to this phenomenon. In the maintenance reliability world, it would be a temporary repair that after a few days, stops looking temporary. In fact, it stops being visually present entirely. If anyone asked you if there are any temporary repairs, you might answer, “I’m sure there are some,” but you might not remember the one right in front of you.

Rather, you will be reminded of something if it actively intrudes into your conscience. Think of a factory defect that makes scrap and it is your job to clean it up. Since you are actively involved, the defect fades into the background much more slowly. It still fades, but more slowly, so it can be recalled into consciousness much more quickly. Many of the exercises used to identify activities that add value are designed to highlight defects that might have been forgotten.

Defect elimination is the royal road to reliability and institutional integrity. Some defects have been around for a while and stop being seen or perceived. For a manager who does not work with the equipment and, therefore, doesn’t get confronted by the consequences of the defects, the defects he or she sees would blend into the background. For the workers, however, the defects would have more persistence since they are confronted by them and have to mitigate them.

There are probably people in your life that seem to be universally better at spotting defects than you. Whereas you might normalize crumbs on the dining room table after 10 minutes, other people might keep seeing them. Of course, it can be attributed to laziness, but you can always plead normalization of deviance and only a little laziness!

When it comes to the perception of defects, the conclusion is twofold. If you want to attack defects, don’t rely on managers because they cannot see the problem as well. Rather, recruit people into leadership roles that are detail oriented because they are just plain better at seeing defects.

Finally, these invisible defects are in the way of a smooth running institution. They are also responsible for many things, from small breakdowns to major catastrophes. 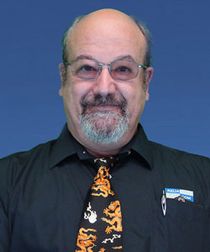 Joel Levitt, CRL, CPMM, CRL, CPMM, is the President of Laser Focused Training. Mr. Levitt has 30 years of experience in many facets of maintenance, including process control design, source equipment inspector, electrician, field service technician, maritime operations and property management. He is a leading trainer of maintenance professionals and has trained more than 17,000 maintenance leaders from 3,000 organizations in 25 countries in over 500 sessions. Since 1980 he has been the President of Springfield Resources, a management consulting firm that services all sized clients on a wide range of maintenance issues. Prior to that Mr. Levitt worked for a CMMS vendor and in manufacturing management.

He is also a frequent speaker at maintenance and engineering conferences and has written 6 popular maintenance management texts and chapters of 2 additional reference books. He has also published dozens of articles on the topic. Mr. Levitt has served on the safety board of ANSI, Small Business United, National Family Business Council and on the executive committee of the Miquon School. He can be reached at JDL@Maintrainer.com or visit www.Maintrainer.comwww.maintenancetraining.com