On-site fluid analysis had been adopted for a while by a few mission critical industries, such as military aerospace and F1 racing, as a tool to protect their most critical assets – engines. In the case of Formula One racing, Pat Henning, chief technology officer of a Massachusetts-based global supplier of oil, fuel, and processed-water analysis instrumentation and software, once worked with a trackside support team in an F1 racing event in Bahrain. According to Henning, “The team was literally testing engine oil samples live. They ran to the car, quickly took a few milliliters of oil, rushed back to the analyzer and waited for the results to be ready in 30 seconds. They were looking for just one ppm change in some wear metals, such as iron or silver, because after a few laps, a one ppm change in wear metals could mean a major issue with the engine and cost a win.”

In military aerospace, oil analyzers have to be ready and provide the first go-no-go reports within a few hours of a fly order being issued. Sometimes, pilots wait next to the analyzer for the report to give a green light.

These are two great examples of how oil analysis can be critical to the success of a mission. Oil analyzers are not just used on-site, but the oil analysis results are fully integrated in the workflow and used for decision-making. Is it safe for this aircraft to fly this mission? Is the car engine healthy enough to compete in tomorrow’s race or should we swap it out?

Yet today, most people collect oil samples on-site and send them to an off-site lab. Each year, tens to hundreds of million oil samples are sent to thousands of oil analysis labs around the world to be analyzed. Most of the time, oil reports arrive days or weeks later, too late for just-in-time decision-making, so they are not fully utilized.

Point-of-care oil analysis is not yet a widely adopted practice. There are several reasons why:

The situation has changed and on-site fluid intelligence is leading the revolution. Just as medical testing has moved from the laboratory to the point of care with the advent of tests, like blood glucose or home pregnancy tests, oil analysis is similarly moving from the labs to where the assets are maintained.

Technology has advanced so much over the past 10 years that small, integrated and cost-effective oil analysis tools are now available, providing the same or similar information that an oil analysis lab provides. Tabletop oil analysis systems are only a fraction of the cost of setting up an oil lab on-site, without the need of large lab space, the handling of hazardous materials, IT infrastructure, special skills and additional staffing. Built-in rules and diagnostics can be applied to the raw data automatically, based on the equipment information and oil information, so diagnostics and recommendations are available right after the test. The whole process only takes a few minutes for a sample to complete and the instruments can be installed right inside a factory or a repair depot.

Pioneers in every industry are taking notice and are starting to integrate on-site fluid intelligence in their workflow. They are now enjoying the benefits of huge cost savings and performance and productivity gains. Here are some examples:

The list goes on and on. It includes companies in power generation, oil and gas, mining, chemical processing, food and beverage, pharmaceutical, transportation, aerospace, lubricant suppliers and heavy equipment original equipment manufacturers. They are taking advantage of the just-in-time information provided by oil analysis and incorporating it into their workflows for better decision-making. On-site fluid intelligence is starting to revolutionize how people design, test, produce and maintain their most precious machinery assets for better productivity and lower cost. The time has finally come! 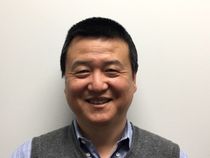 Yuegang Zhao is the Senior Vice President of Sales and Marketing at Spectro Scientific, Inc. Mr. Zhao has over 15 years of experience in the electronics and analytical instrumentation industries. He has held positions in a variety of markets, including semiconductor, aerospace, energy, and heavy equipment maintenance for industrial manufacturers. www.spectrosci.com 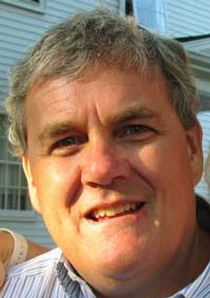 John Morgan is the Direct Marketing Manager at Spectro Scientific, Inc., where he is primarily responsible for digital marketing initiatives, including management of Spectro’s marketing automation tool and online content creation. John holds two U.S. patents and has authored numerous technical papers in the areas of analytical instruments, microscopy and semiconductors. www.spectrosci.com 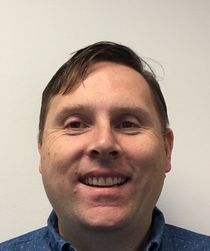 Daniel Walsh is the Director of Technical Sales Support and Product Line Management at Spectro Scientific, Inc. Daniel has over 20 years of experience with oil and wear debris analysis, industrial lubrication and problem- solving. He is a member of ASTM and actively supports development of standards for condition monitoring. www.spectrosci.com