Research currently being carried out by the Center for Risk and Reliability, University of Maryland 1, and funded by the U.S. Navy is aimed at quantifying reliability in scientific terms. The present study “relies on a science-based explanation of damage as the source of material failure and develops an alternative approach to reliability assessment based on the second law of thermodynamics.” Current reliability calculations are predisposed to a single failure mode or mechanism and assume a constant failure rate, while this research implies that reliability is a function of the level of damage a system can sustain, with the operational environment, operating conditions and operational envelope determining the rate of damage growth.

In effect, the Center for Risk and Reliability study is looking at how the dissipation in entropy can be equated to the level of damage in a system and as the damage grows, increases the likelihood of failure which, in effect, reduces the reliability.

Reliability in an engineering context is the ability of an item to perform a required function under given conditions for a given time interval. It is generally assumed that the item is in a state to perform this required function at the beginning of the time interval and reliability performance is usually expressed as a probability. For example, an electrical relay has a 99 percent probability that it will achieve 100,000 operating cycles at full load.

Taking this a step further using the example of the relay, based on the operational environment (no impact), operating conditions (full load switching) and operational envelope (four cycles per minute, 24/7/365), the level of damage growth over time can be calculated to predict an individual mean time between failures (MTBF) for this component of 17.4 days with a 99 percent accuracy.

Since current reliability calculations are predisposed to a single failure mode or mechanism and assume a constant failure rate, for the relay example, this might be arc damage on the contacts, but spring failure or coil overheat also could be possible. The problem is that for every component, there will be several failure modes or mechanisms and each of these would generate its own failure predictions, resulting in an incoherent reliability calculation. The entropy based failure prediction, on the other hand, takes all these elements into consideration to determine a level of damage, which is then used to calculate the life of the component.

Reliability, therefore, becomes a function of the level of damage a system can sustain (i.e., resilience), with the operational environment, operating conditions and operational envelope determining the rate of damage growth.

Numerous satellites have been operational for many years without any human intervention. This is an indication that resilience is a function of the creation of the equipment or system and not necessarily driven by human intervention. Take the relay example and select one with an average life of 5,000 cycles and use it in the same application. Ultimately, you have built in a failure mode with an MTBF of 0.86 days. Clearly, this would be an inherently unreliable system based on the component’s failure because the level of attention and repair required is excessive.

In order to improve the reliability of the system, therefore, a design review is necessary. If, instead, you select a relay that has an average life of 200,000 cycles, the MTBF increases to 34.7 days, which although still unreliable, is much improved than the first option. Fundamentally though, this design is flawed as the duty cycle on the relay is excessive and in order to improve the resilience of the system, a design change was needed. Other ways of doing this would be to reduce the number of activations, alternating the activations between multiple relays or eliminating the requirement for the activations.

Once the system is ready to go into operation, many of the components already have incurred a level of damage, which ultimately reduces the level of damage the system can sustain, thus impacting system reliability. Expressing it as a mathematical formula:

This is the level of resilience that is delivered when new equipment or a new system is installed.

Taking the installation resilience as a point in time, you need to stabilize the operation and eliminate potential damage caused by poor installation. One of the key areas of focus should be reviewing control elements, especially in relation to software related updates. Typically, a system beds itself in and when these actions are taken, the system will become more resilient (Figure 1).

Stabilization of the operation and software and timing updates are not covered in this article, but there are several systems available that can assist in identifying areas where these improvements could make the most impact on the duration of the stabilization phase. However, from an installation damage perspective, you should consider these condition monitoring activities to identify potential issues that can be remedied.

All of these, as well as other condition monitoring activities, would give you a heads up on the developing level of damage that could be averted if addressed early enough. This allows you to schedule the repairs in a timely manner to ensure the resilience of the new system can be raised to the highest possible level when the system is handed over for normal operational use.

Once a system goes into full production, the true art of reliability is to keep the system running at the correct efficiency and quality output with minimal intervention. In order to do so, you need to put processes in place to monitor and limit the growth in damage, which ultimately erodes the resilience of the system. Expressing this as a mathematical formula:

And D life is directly proportional to these elements:

It is clear from the list of elements that many are within the power of the operators and maintainers to manage and control, while the residual equipment life is more a function of design.

Reliability is a function of the level of damage inflicted on the system and, therefore, should equate to X t at a point in time, as shown in the Figure 2 graph.

Organizations need to change their perspective on the role of maintainers. As this article shows, maintainers need to be focused on minimizing damage to the equipment or system, as this ultimately improves the level of reliability as time progresses. In addition, organizations should look to find ways to quantify the elements within their control in order to predict the level of resilience at any point in time. 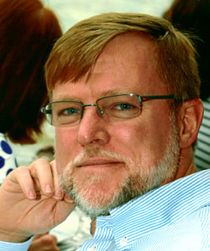 Malcolm Hide is an independent maintenance consultant and has over 35 years of experience in maintenance and design. He has worked in the steel, oil & gas and food processing industries, and due to this broad range of experience, Malcolm has been able to apply his knowledge of asset management and maintenance requirements to many environments and applications.
www.stratmaint.com