Some Plain Talk About Nuts and Bolts: Part 2 of 2

Part 1 of this two-part Q&A series covered torque specifications, why good tightening practices are important and fastener identification. This next Q&A provides detailed information answering frequently asked questions about the hardware to help you understand what is involved with quality bolting practices.

Q. How many threads of engagement are really needed?

A. A very safe answer to that is a full nut, but, in reality, some codes allow the bolt to be one thread below the surface of the nut. Other codes, such as the compressed gas code, say there has to be two threads sticking out of the nut, but that’s just to allow easier inspection because additional threads do nothing to add to the strength of the assembly.

Numerous tests have been conducted that try to induce failure from bolts stripping out of nuts that have been machined thinner. Based on these tests, the idea of one thread less than a full nut gives a reasonable safety factor.

Q. Does the nut have to be matched to the strength of the bolt?

A. Yes, but nuts and bolts have very different failure mechanisms. The bolt fails in simple tension, while the nut fails when the resolved forces on the threads cause the nut to grow larger until the tips of the threads strip. With the difference in mechanisms, a nut made from an identical material is inherently much stronger than the bolt.

Also, note that all metric nuts and all heat treated U.S. thread nuts have grade identifications stamped on them.

Q. How are strength grades marked on nuts?

A. On metric nuts, there should be a number on the side that corresponds with the tensile strength. Figure 1 shows a nut marked with an 8, which means this nut would be used on an 8.8 bolt.

Figure 1: Example of a strength grade listing on a nut

U.S. nut identification is more confusing because there are four different systems used, as shown in Figure 2. The key to understanding nut markings is to go back to the SAE International system for bolt identification. If there is no identification on the contact face, the nut is for low strength steel bolts. The two nuts on the left in Figure 2 have markings that are 120 degrees apart, similar to the lines on the head of an SAE Grade 5 bolt, so that is their strength level. Similarly, the two nuts to the right have markings 60 degrees apart, the same as a Grade 8 bolt. There are also nuts stamped with a 2H and they are designed for structural applications where A325 bolts are used.

Q. Is there reason to be concerned about counterfeit bolts?

A. Not really. Hardly anyone counterfeits $1 bills and, in a similar manner, there is little incentive to counterfeit low value fasteners. There are lots of very expensive defense and aerospace fasteners that are likely targets, but the equipment used in industry generally has relatively low cost and low technology fasteners that don’t make good targets.

Having said that, about 15 years ago, some SAE Grade 5 bolts were found to be counterfeit. The offender had taken ordinary Grade 1 bolts and restruck the heads, making the familiar three line imprint of a Grade 5 bolt. Mismarked bolts also have been seen, where a quality manufacturer will accidentally mix in a bolt with inferior properties. But that is also rare.

Q. Where should washers be used?

A. Just about everywhere. In the long run, they do a great job in improving reliability. They insulate the bolting surface from the direct rotation of the bolt head or nut and help maintain that surface in good condition. They distribute the load over a greater area and they reduce friction forces.

Although the washer’s primary job is to distribute the bolt load evenly over a larger diameter than the bolt head alone, the fact that it maintains the bolting surfaces in good condition is important because of the relatively small distances involved in the elastic elongation of a fastener, as shown in Figure 3 and Table 1.

Figure 3: Example of the grip length showning the distance between the two contact surfaces

So, if you are using an A325 bolt and the grip length is two inches (51mm), the elastic elongation is only 0.004” (0.08mm). If the washer you are using is bent, looks like a potato chip, or has worn rings on it, you know it can’t possibly do its job properly. It has to be replaced with either a heavier or a harder washer to maintain the flatness and the quality of the bolting surfaces.

A. It depends on the application. If you use a Grade 8 or metric 10.9 bolt with yield strengths in the range of 120,000 psi, then really tighten that bolt up against a mild steel washer with a yield strength of 30,000 psi, you know that weak washer is going to be plastically deformed.

Even Grade 5, A325 and 8.8 bolts are more than twice as strong as the typical inexpensive washer and tightening them against the softer washer will badly gouge it, resulting in less uniform clamping forces.

Q. What happens to a bolt when you weld on it?

A. The result depends on the bolt’s grade and when it was welded. If you take a heat treated bolt, such as an SAE Grade 5 or 8, or metric 8.8 or 10.9, and weld on it, you’ve changed the heat treatment, so you have no idea of the new strength. In addition, there may be residual stresses that could contribute to the stress in the bolt. Take, for example, a 20-ton crane hook where the repairman welded the nut to the hook to make sure it didn’t come loose. The crane hook was made of the same alloy as many Grade 5 bolts. The heat from the welding changed the metallurgy of the steel and resulted in residual stresses that caused the hook to fail when picking up only 2,000 pounds. Therefore, the recommendation is to never weld on a heat-treated bolt.

…Never weld on a heat-treated bolt

But, if you weld on Grade 1 or 2, or metric bolts 5.8 or lower, you can’t do any metallurgical damage.

However, regardless of the grade, if the bolt has already been tightened, welding heats the bolt and tends to stress relieve it. Experiments conducted with a bolt testing device found that even a tiny amount of welding tends to reduce the clamping force by a factor of 50 percent, greatly increasing the chance for a fatigue failure.

Q. When should lock washers be used?

So, what should you do instead to reduce the chance of bolt loosening? Use elastic stop nuts, self-locking nylon patches that bond to the threads of a fastener, or a thread-locking fluid, all of which provide resistance to the initial loosening, as well as continued resistance if the nut works loose.

There are also other fastener locking systems that consist of proprietary locking washer assemblies. They all have advantages and disadvantages, but almost all of them are far superior to split ring lock washers. 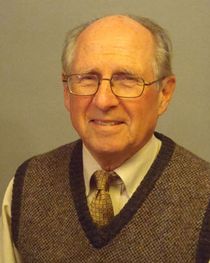 Neville Sachs is a graduate of Stevens Institute of Technology and a registered P.E. In the last 40+ years, he has worked to better understand materials and mechanical devices, with the goals of improving operating reliability and educating the engineering and maintenance workforce. He has written more than 50 technical articles and two books on failure analysis and has conducted practically-oriented failure analysis seminars across North America and Europe.