For this example let's consider a part that is used weekly and therefore has an average demand of 1 unit per week. This type of part is a major target for squirrel stores as holding them reduces the number of trips to the storeroom.

1. No Squirrel Store: The item is removed from the storeroom as needed - 1 per week.

2. Squirrel Store: The item is removed two at a time with movement every two weeks.

The demand data for these two situations is shown in Figure 1.

Now, one way to calculate the inventory needs in this situation is by using a Gaussian distribution. This approach is familiar to most people as it can be represented by the formula:

csf = customer service factor (or
availability factor) - here we
will use a csf of 2.56, this
assumes a 98% availability.

MAD = Mean Average Deviation - a
measure of demand variation.
In this example, with no squirrel store
this is 0 (there is no variation) and with
the squirrel store the MAD is 1.

Results
Scenario 1: Using the above formula and data, Figure 4 shows the results for this scenario.

Scenario 2: Over ride the calculation and manually set your reorder point to 4 for both scenarios.

Let's now assume that you understand the impact of the IDV on your calculation and decide to manually set the reorder level for both situations to 4, knowing that you only ever use 4 items during the lead time for supply. In this case the average inventory holding reduces to 3.5 items (including the items held in the squirrel store).

This is still 40% higher than the situation without the squirrel store!

Do you still think that squirrel stores don't cost much? 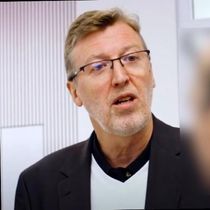 Phillip Slater is an Inventory Process Optimization Specialist and is widely known as ‘The Inventory Guy’. He is the author of a number of books, including Smart Inventory Solutions and The Optimization Trap, both of which deal directly with MRO and engineering spares inventory. For more information visit www.InitiateAction.com