In the early 1800s, a new technology was developed that visually captured a snippet of time. Before this, people wanting to memorialize an image were dependent on drawings, which were subject to the artist’s attention to detail, interpretation and nuance. This 1800s camera could render a “photograph,” albeit crudely, that exactly and automatically represented what people saw at that particular moment. And it wasn’t long before this technology was deployed to further understand objects in motion by sequencing photographs in what we understand today as video. This laid the foundation for visualizing vibration using high-speed video, a technology that is revolutionizing the way organizations today interpret machinery motion.

See a Man About a Horse

In 1878, Eadweard Muybridge used videography to settle the burning debate of his time: can horses fly? Leland Stanford, previous railroad magnate and governor of California, commissioned Muybridge in 1872 to determine if horses engaged in “unsupported transit,” in which the horse would be entirely airborne without a foot in contact with the ground. After a brief hiatus, during which Muybridge murdered his wife’s lover, was found not guilty on account of justifiable homicide, and spent a year in Central America in “working exile,” he eventually rigged a series of 12 cameras and an ingenious trigger system to capture one of Stanford’s galloping horses. The results were conclusive and upended the accepted understanding of the day. Horses do, indeed, fly.

How Campbell Got His Diagram

In 1924, Wilfred Campbell presented his research in turbine vibration to the American Society of Mechanical Engineers. At the time, many in the industry believed that steam turbines had reached their maximum size, given limiting factors, such as vibration. In his pioneering paper1, he laid the framework for the famous Campbell diagram, which modeled vibrational behavior of a rotating disk and provided an understanding that enabled breaking through design boundaries. Truly a man before his time, he employed high-speed photography to capture the floppy behavior of a vibrating, rotating disk and showed the mechanical world a phenomenon they could now comprehend. Sadly, this was his swan song, as just over a month after the conference at which he presented his paper, tragedy struck and acute appendicitis took his life at only 40 years of age.

In the 1960s, the algorithm known as fast Fourier transform (FFT) took the vibration world by storm. In an effort to detect nuclear testing in the Soviet Union, John Tukey proposed the means to extract and quantify frequency domain information from a time domain vibration signal. The following decade, this algorithm was applied to vibrating objects to understand their relative shape during movement, known as operating deflection shape (ODS). This powerful model is created by sampling vibration data at multiple points on a vibrating object. A graphical model of the object is built and the vibration data gathered from each point on the machine is applied to its place on the model. The motion for specific frequencies is then amplified and animated, providing a visual model for interpreting the behavior or “shape” of the object’s motion.

Since that time, ODS has become a fundamental tool for troubleshooting rotating machinery. It facilitates the understanding of machinery modes of movement for frequencies at which force is being applied to the machine. For example, the rotational speed of a machine commonly adds force at a frequency equal to one times the operating frequency. The resulting deflection shape can be easily observed at this frequency by amplifying and animating the motion, and often certain faults can be quickly diagnosed based on the shape of the motion.

As a real-world example, a high-pressure charge pump was experiencing excessive vibration at a U.S. nuclear power plant. This pump runs at 4,800 rpm (80 Hz), driven by a 1,800 rpm motor through a speed increasing gearset. ODS samples were obtained tri-directionally at 200 locations on the pump, pedestal and foundation. The detailed study determined significant lateral vibration in the horizontal direction on one of the pump’s non-drive end (NDE) mounting feet, versus the top mounting surface of its pedestal, at the pump’s operating frequency, or 80Hz.

Video 3: Accelerometer data compiled into a graphical representation of the machine and then amplified at specific frequencies to highlight problems; In this case, a soft foot condition exists where the casing attaches to the pedestal, enabling a resonance condition at running speed.

The diagnosis involved the casing’s structural (as supported by the pedestal) natural frequency (involving horizontal swaying of the casing’s NDE end). It used to be 15 percent above the running speed, which typically was sufficient to avoid getting excited. But now, it was drifting down into and sometimes beyond the running speed of the pump, tuning in a resonance. The reason for the downward shift was when the foot was able to slide in frictional contact, it no longer supplied as stiff of a support to the casing. By tightening down on the foot attachment bolt, this soft foot condition was repaired and the natural frequency involved shifted back up to around 93 Hz, sufficiently separated from 1x running speed forces (e.g., residual imbalance) to avoid further resonance. Vibration levels decreased to very acceptable levels.

The physical problem may seem trivial once its nature is perceived. However, some very good technical people at the plant wrestled with this problem for six months before a vibration visualization technique – in this case ODS – was applied. The perspective on the vibration distribution and its meaning was not there when the plant evaluated the vibration data point by point instead of as a comprehensive set of points.

Once it was employed, ODS was extremely useful in this case, rendering a diagnosis of the problem that led to a recommendation of a straightforward solution. It has proven over decades of applications that it is a powerful and intuitive diagnostic tool capable of clearly demonstrating modes and frequencies of vibration.

However, ODS has its drawbacks, as well. For example, it can be time-consuming. In data acquisition, the hundreds of data points still require considerable interpolation between points. In post processing, it takes time to compile a database to match model points. There is also the potential of bookkeeping errors when matching all the gathered data points to the appropriate place and direction on the model. Lastly, ODS requires proximity, which might not be appropriate for restricted access where there are heat, radiation or accessibility/scaffolding requirements.

And let’s face it, an ODS is still a cartoon – a coarse, albeit generally understandable, artist’s rendering of a snippet in time of a machine’s operation. Sound familiar?

Just as the photograph captured what people saw, high-speed video is now enabling the capture of rotating machinery motion. But, this motion is typically too small and too fast for people to see. However, by applying algorithms as groundbreaking as the previously mentioned FFT, vibration information can be extracted pixel-by-pixel from the image. This is the equivalent of millions of accelerometers providing frequency and amplitude information in a genuinely comprehensive fashion. The information then can be amplified and integrated into the original video, pixel-by-pixel, providing an enhanced video that fuses the helpful amplification of the ODS with real-world, detailed imagery – and without the drudgery and potential for error of an ODS.

Video 4: ODS analysis clearly shows a resonant mode at 474 Hz, where the housing undulated like a speaker cone, however, it took hundreds of data points and two days of careful work to reach this conclusion.

Let’s turn to another example of the technology in action to demonstrate its power. Two small, constant speed (3,600 rpm) ducted fan blowers required for worker ventilation at a wastewater facility were exhibiting normal levels of vibration, but were running loud. And loud in this case was as high as 120 dB at an audible tone of 474 Hz, which just so happened to be the blade pass frequency. To get an idea of how loud that is, picture yourself at a rock concert in front of the speakers without the catchy tune. Data for an ODS was gathered, as well as a high-speed video for vibration amplification analysis.

Video 5: Motion amplified video displays same undulating motion of the housing as Figure 4, but took minutes to reach the same conclusion with a much more detailed and realistic image.

Once the mode shape was identified and evaluated, it was clear that the blower was in resonance with the blade passing frequency of 474 Hz. The upper sidewall of the casing possessed a “plate mode” natural frequency very close to the blade pass frequency. As the blower underwent changes in loading, the induction motor slip changed and the vane passing frequency drifted into and out of precise resonance with the sidewall natural frequency, causing the mysterious loud noise.

This new video-based motion amplification technology can be very useful for vibration-based diagnosis of machinery. It has advantages over the classic ODS method in many, but not all, instances and typically takes much less time and logistics to implement.

Like ODS, it is a powerful and intuitive diagnostic tool that is easy for non-experts to understand. It realistically demonstrates modes and frequencies of vibration. But unlike ODS, it can create a comprehensive set of data points without the need for expert selection and bookkeeping. Additionally, millions of data points are ready to evaluate in minutes, not days.

Unlike ODS, video-based motion amplification technology does not require contact, which makes it appropriate for restricted areas involving heat, radiation or accessibility/scaffolding requirements.

The technology is also cost-effective. It is inexpensive as the sole troubleshooting technology, or it can help to focus the effort for accelerometer-based ODS.

On the Market Today

Presently, there are at least two commercialized methods for obtaining amplified vibration from video: Lagrangian (watch speckles or features move) and Eulerian (watch fixed location pixel intensity change). For most low speed machinery issues, either method is adequate. For higher speed machines and high frequency problems, such as vane pass noise, the Eulerian method may be more practical, permitting greater amplification of motion, so long as there is comparable cost and system complexity. 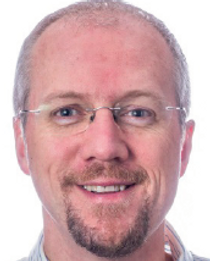