A Two-Plane Balancing Solution for the Lag Phase Measuring System

A balance program developed for the lead phase measuring system was used for searching the effective two-plane balancing solution for the lag phase system of measurement for an overhung rigid rotor.1 This article presents the mathematical expression of the solution and its validation from the results of a test for two-plane balance by comparing calculated values using experimental data.

For a balancer designed for one-plane balancing that utilizes a lag phase measuring system, the phase angle is computed as if the vibration event occurs first, followed by the tachometer event, with the rotating scale convention. It was demonstrated that it is equivalent to utilizing the usual lead phase measuring system, which computes the phase angle as if the tachometer event occurs first, followed by the vibration event with the fixed scale convention, but in the same coordinate system associated to the rotating scale convention where the phase angles are measured in a sense opposite to the rotation. Additionally, it was demonstrated for an overhung rotor that the interference ratio between the correction planes is reduced when employing the effective method of influence coefficients.

The invariance of the vector factors in the standard solution with the relative position of a frontal observer of an overhung rotor with respect to the bearings is easily deduced.

Figure 1 shows a drawing of an overhung rigid rotor, as a shaft supported on the near bearing N close to the rotor and on the far bearing F far from the rotor. It is rotating in a clockwise direction as seen from the right side with an operating speed f, with a disk of radius r to attach trial and correction weights in the left balancing plane L and in the right balancing plane R.

Figure 2 illustrates the image produced by a stroboscope synchronized by a sensor, as a velocity pickup or an accelerometer, when the maximum signal of the sensor occurs due to horizontal vibration of the near end N.

In the coordinate system (x,y) associated to the convention of the rotating scale and for the lead phase system of measurement, the vibration displacement of the near bearing is represented by the vector, where N is the magnitude, e is the natural number, is the imaginary unit, is the angular speed, t is the time, and is the phase angle, which is indicated by the fixed reference mark on the rotating angular scale or measured by means of the photocell with the reflective tape. When the angle , then , which attains its maximum value. Note that when , then .

Also, the conjugate vibration displacement of the near bearing is represented in the same coordinate system by the vector , where the phase angle is indicated by the rotating reference mark on the fixed angular scale, or for the lag phase system and the rotating scale convention, measured by means of the photocell with the reflective tape. Note that if , then . A similar analysis can be done for the horizontal vibration of the far end F.

To imagine the rotary motion with the aid of Figure 2 will help to understand the lead and lag phase measuring systems and the rotating and fixed scale conventions for phase measurement, as well as the vector representation of the vibration displacement of the near bearing and its conjugate by means of the respective general expression as a function of time.

Where the conjugate vector factors in the corresponding left and right balancing planes are:

Initially, for the first run:

When a left trial weight is added for the second run:

: New conjugate vibration vector at bearing N due to the left trial weight

: New conjugate vibration vector at bearing F due to the left trial weight

When a right trial weight is added for the third run:

: New conjugate vibration vector at bearing N due to the right trial weight

: New conjugate vibration vector at bearing F due to the right trial weight

And the remaining terms in the equations are defined as:

: Conjugate effect vector at bearing N due to the left trial weight

: Conjugate effect vector at bearing F due to the left trial weight

: Conjugate effect vector at bearing N due to the right trial weight

: Conjugate effect vector at bearing F due to the right trial weight

The two correction weights in the left plane can be combined into a single weight:

The technique for dual plane balancing of an overhung rotor has been well established. For the correct application of the effective two-plane field balancing procedure, it is very important to check the orientation of the overhung or cantilevered rigid rotor and to understand which bearing or measurement point relates to which correction plane for each balance program.

Once the conjugate effect vectors have been determined, the rotor can be trim balanced from the conjugate remaining vibration vectors, , in the corresponding near and far bearings until reaching the required vibration tolerance for on-site or field balancing.

Figure 3 shows a photograph of the prototype with the balancing equipment. For the test with the prototype of the overhung rigid rotor, the analyzer was used only as a measuring instrument, along with a two-plane balance program installed in a minicomputer.

The trial weights for the prototype of the overhung rigid rotor are magnets of fixed weight and volume located at specific angles. This model does not allow for the use of balancing wax or, as a substitute, dental orthodontic wax, as a temporary trial weight.

It was determined previously that the high vibration level with a stable phase at the operating speed was caused by unbalance.

Table 1 shows the recorded experimental data using the prototype of the cantilevered rotor at an operating speed of f = 1617.54 CPM, where the vibration vectors and the trial and correction weights are represented in polar coordinates.

For example, in the same coordinate system, for the conjugate vibration displacement of the near end , the derivative with respect to time t produces a change in the magnitude N by the factor , which is the angular speed and a rotation of from the angle to give the corresponding conjugate vibration velocity:

Analogous expressions are obtained for all the other terms in the right members of the applicable equations, which implies by simplification that the results will be the same independently of the vibration units.

From the observed greatest value of the remaining vibration in the near bearing and in accordance with the International Organization for Standardization’s ISO 2372 for a machine’s power of 1/20 HP, the vibration severity is rated “Good.”

The effective solution determined by the applicable equations was checked by means of the online software developed for the lead phase measuring system with the rotating scale convention, which uses complex algebra and is normally applied to centerhung rotors. For the overhung rotor, the drive end is the far bearing F, but corresponding to the left correction plane L.

Since the program and the calculator use complex arithmetic to perform the mathematical computations, identical values were obtained for the trim balance, which validates the effective two-plane balancing solution for the lag phase system.

The residual unbalance weights would be equal, but 180 degrees opposite to the calculated trim correction weights determined from the final vibration levels after balancing is complete, as was accomplished in this case.

A useful solution for dual plane balance has been established, which could expand the capacity of an instrument designed for single plane balance that uses the lag phase system of measurement. 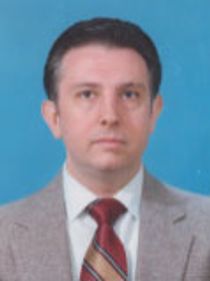