Common Sense: Is It Common?

The phrase, “It’s just common sense,” is used quite often to describe conclusions or circumstances that are obvious to most people, at least those within earshot. However, W. Edwards Deming, a well-respected management guru and quality expert, famously said, “There’s no such thing as common sense. If there were, it would be common.” So, at least from Deming’s perspective, you have the answer to this article’s question. Moreover, you’ve probably seen any number of instances where common sense just doesn’t seem to have been applied, each instance lending credibility to Deming’s opinion. That said, let’s explore this further and perhaps try to begin to understand why he said this and why so often there are instances where common sense is not applied. Maybe it’s just not as common as it should be.

The book, Making Common Sense Common Practice: Models for Operational Excellence, attempts to codify common sense as it relates to manufacturing and other industrial operations. It describes lessons learned from hundreds of people over decades of working in manufacturing, mining and other industrial operations. Decades were spent trying to understand and describe in a common sense manner what best practices are and how best to apply them. Most of what’s in the book is just common sense, but it has taken decades to compile. Is it really that simple? Articulate a set of practices that would seem to be common sense, then have everyone follow those practices and, voila, world-class performance! If only it were that simple. So, why isn’t it?

I DREAM A THOUSAND NEW PATHS. I WOKE AND WALKED MY OLD ONE
~ CHINESE PROVERB

As you know, each of us is unique. Each individual brings a certain set of values, a unique personality, a set of goals, an educational and personal background, a set of experiences, personal and work responsibilities, and so on. All these are blended into an amalgam of who we are and they blend into our judgment, including what each of us considers common sense to be. What’s common sense to you, given your background, might be a total mystery to someone else, or worse, you might be polar opposites.

How often have you heard that communication is a major problem within any given organization?

One only needs to observe the current political situation in the United States to see what happens when people apply different values to common sense. Take immigration, for example. Many think it’s just common sense to allow the DACA children to remain in the U.S. with a path to citizenship, while others take a harder line and think since they’re here illegally, it’s only common sense that they have no right to be here. Similar examples can be found with the national debt, tax policy, gun control, policing, public education, the environment, or any number of issues. On each of these issues, individuals apply what they believe to be common sense, only to have others think that those who hold opposing opinions are, at best, ill-informed or, at worst, just plain stupid. Compromise, as our forefathers learned through incredibly difficult times, can be a very difficult, but very good thing. If only…

Let’s take this thinking to the operational level. Each employee has a set of work objectives and standards, along with his or her background and personality. Likewise, along with this, each manager has certain goals and objectives, and measures. These individuals apply what they consider to be common sense in doing their jobs. But, what happens when these objectives conflict? For example, the purchasing manager has an objective to minimize purchasing costs and inventory, both in raw material and spare parts. The maintenance manager has an objective to minimize the risk of not having a spare part when it is needed, for example, for an unexpected equipment failure. The production manager has an objective to maximize the yield and efficiency of production. So, what happens if the purchasing manager reduces spare parts to reduce inventory, but to the point where parts are frequently not available when equipment fails or the parts are of inferior quality? What happens when the purchasing manager buys cheap raw material to save money, but this material is much more difficult to process through manufacturing, reducing yields and efficiency? In each event, the purchasing manager is trying to do what makes sense to achieve his or her objectives. And the other managers are doing what makes sense for them. But, it only makes sense for the business if it’s good for the business overall, and therein lies the problem.

There are many more examples to offer, for example, between capital projects and operations and maintenance, between purchasing and capital projects, or between human resources and the various departments, but this should be sufficient to illustrate the fallacy of trying to apply common sense when organizations are not aligned and working as a team to achieve a higher business purpose. Each one has its goals and measures, and its view of common sense; they are often at odds and often change with the arrival of a new manager in any given department.

So, with these examples, common sense may not be so common, particularly if you don’t think at a systems level, taking various influences into account and trying to optimize results. Clearly, there is a need for alignment in any given organization, with commensurate standards, practices and performance measures that reinforce that alignment for the greater good of the organization.

In his seminal book, Organizational Psychology, Edgar Schein observed that as task interdependence increases, teamwork and collaboration become increasingly critical for organizational effectiveness. For example, there is huge task interdependence between production and maintenance, between shifts, between marketing and manufacturing, between purchasing and production/maintenance, and so on. The list is large.

So, how can you manage this task interdependence and create a greater sense of alignment and teamwork toward common goals? How do you make common sense more common by creating this shared sense of purpose?

First, every organization needs a set of what Schein calls “superordinate” goals that take priority over individual or group interests. While simple in concept, it is more difficult in practice, but you can begin by: 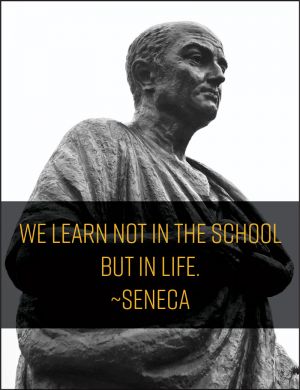 Another example is a situation that often arises between purchasing and maintenance. One of purchasing’s goals is to minimize working capital in the form of spare parts holdings and stores. This is working capital that is not working. It represents tied up cash that could be made available for other business needs. Maintenance, on the other hand, wants to maximize spare parts to minimize the risk of not having the spare when equipment breaks down and be able to quickly support production in getting the plant back on line. The two objectives are contrary to one another. To manage this, hold both functions accountable for stores inventory turns, a measure of spare parts inventory relative to its use rate, and for stockout rate, a measure of the service level of the stores function. Getting the balance right so the greater business purpose is served is the right thing to do.

Although there are many other examples, those provided should serve the purpose of allowing you to develop measures that facilitate collaboration among the various groups so you can think at a systems level and do the right thing for the business. Common sense becomes more common. 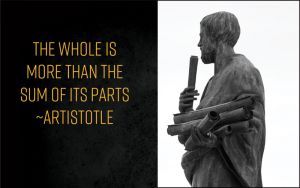 Good leaders provide the overarching strategy and goals and the superordinate goals, and repeatedly communicate them. They then put systems and measures in place to assure the various business units and departments work toward those goals in a collaborative manner. If the leadership believes they merely need to set departmental goals and measures without considering the interactive effect they will have on the business, then it is not likely success will be achieved. 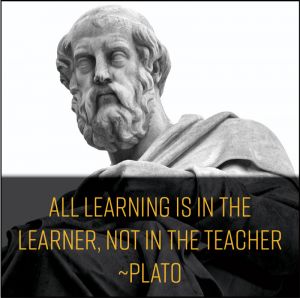 Given the complexity of any organization, its individual and departmental differences and the frequent lack of an overarching strategy or common measures to facilitate collaboration, it’s fair to say that common sense isn’t all that common. Common sense is only common when the leadership of the organization takes the steps described in this article, among others, to ensure the entire organization is aligned and working as a team to support organizational goals. For those organizations that fail to do this, Deming was right–

There’s no such thing as
common sense. If there were,
it would be common. 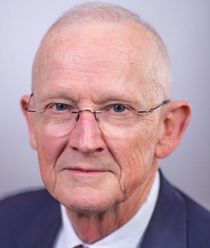 Ron Moore is the Managing Partner for The RM Group, Inc., in Knoxville, TN. He is the author of “Making Common Sense Common Practice – Models for Operational Excellence,” “What Tool? When? – A Management Guide for Selecting the Right Improvement Tools” and “Where Do We Start Our Improvement Program?”, “A Common Sense Approach to Defect Elimination,” “Business Fables & Foibles” and “Our Transplant Journey: A Caregiver’s Story”, as well as over 70 journal articles.