Corbion Ushers in Change with a Focus on Reliability

Large manufacturing facilities depend on heavy equipment. But without a proper maintenance strategy, these assets can lead to countless issues, often expending or exceeding budgeted resources. Any manufacturing organization looking to successfully bridge this resource gap must implement an organization-wide reliability program to save money, time and frustration. This program must develop into or from a cultural basis to evolve into a sustainable business strategy.

Just 10 years ago, Corbion’s OEE was a serious problem. In 2005, the company started a process to improve reliability organization-wide. These efforts culminated in Corbion being nominated for Emerson’s 2015 Reliability Program of the Year award.

The Need for Reliability

The company’s path toward sustainable plant reliability started with its Blair operation. With an annual production of approximately 120,000 metric tons encompassing some 56 active SKUs, the plant of 71 employees maintains production operations 24x7, 365 days a year.

From late 1999 through 2005, the Blair facility operators, maintenance staff and engineers fought an unending, uphill battle trying to keep the plant operating at any predictable product quality or output capacity. In 2004, maintenance expenditures were $480,000 to $500,000 per month, resulting in a maintenance cost to RAV of 6.5 percent. This level of expenditure was not sustainable, as return on investment was not meeting expectations. Higher maintenance costs were destroying profitability; moreover, the unreliable nature of the facility created undue pressure on the facility’s staff, to the point of demoralization.

In 2005, Corbion began working toward its ultimate goals of 1.6 percent maintenance cost to RAV and 96 percent OEEf. OEEf is OEE plus issues in operations’ control, such as non-quality losses, speed losses, operational failure, equipment failure and functional losses. (Figure 2). Corbion’s starting points for OEEf and OEE were in the mid-70s to mid-60s, respectively, during the 2004 calendar year.

How Did Corbion Do It?

Accomplishing such aggressive improvements meant facilitating a cultural change within Corbion. Before implementing a reliability program, the maintenance rule of thumb was run to failure (RTF), then figure out how to get the plant running again as soon as possible. This RTF philosophy had major impacts on both uptime and safety at the plant.

First and foremost, maintenance technicians frantically trying to reverse an unplanned shutdown are not safe. Corbion values safety above all else and while it has always provided its technicians with the tools and equipment they need to be safe, under rushed conditions, even the best safety equipment is marginalized by perceptions associated with and temptations of using shortcuts to shorten downtime.

Corbion also often failed to analyze the root causes for equipment failures as its focus was to return the plant to a running state. In many cases, equipment ran to failure over and over on preventable issues, simply because the maintenance team was too busy for proper equipment failure analysis. The resulting short-term, reactive repairs to equipment were costly, as it is hard to perform efficient, quality repairs when technicians are rushed.

Finally, the RTF culture created an environment where technicians were often incentivized for failure and poor execution. Operators and maintenance team members who waited too long to address problems, or who didn’t have proper data to predict issues before failure, would often earn overtime pay for the unnecessary and unplanned outages. With more money in their pockets, they had little reason to desire change.

In order to facilitate change, Corbion needed to change the plant’s run to failure culture to a why did it fail culture. The company needed to help operators, maintenance technicians and managers understand the chain of consequence. It was essential for everyone, on every level, to understand that the job they do and the quality of product they produce impacts every other level of the organization.

Corbion began its process by holding team meetings and increasing training to help employees on every level understand that instead of simply fixing problems, they need to prevent them. Operators and maintenance technicians were encouraged to find the root of the problems and think about solutions. People working on equipment are best equipped to see the chain of consequence. For example, when a technician discovers a valve with a recurring failure, his or her reliability training encourages the person to dig deeper. Perhaps the technician finds a failure in the solenoid, but with the focus now on the chain of consequence, the technician continues to evaluate to determine why it failed. In doing so, the technician may discover the solenoid failed because it had rust in it, which is a consequence of no filter in the line, which resulted from the original design.

Technicians are encouraged to follow the chain of consequence and, more importantly, thoroughly document their discoveries in the computerized maintenance management system (CMMS). Keeping detailed records of maintenance activities in the CMMS allows Corbion to accurately measure and analyze the impact of those changes. With retained data, the company can see what works and what does not, and apply that knowledge to future maintenance issues.

Because of this thorough attention to detail, instead of replacing a valve that will simply run to failure yet again, the technician comes up with a solution to prevent future failures and improve quality of production. Thus, the process will run longer and more reliably, improving the operator’s job quality, the overall product quality and Corbion’s bottom line, and freeing up the technician to focus on other problems.

Corbion developed a new compensation structure that rewards reliability rather than failure by incentivizing the staff for doing the job correctly. If the plant is running properly, operators can meet their planned production goals without extra labor and stress. Moreover, Corbion tied product performance and product quality to the bonus structure, giving operators and maintenance technicians extra incentive to ensure all processes are running at peak performance.

Within the first 24 months of starting its reliability program, maintenance expenditures were down to $230,000 per month, a more than 50 percent reduction, resulting in an immediate savings of nearly $3 million at the Blair facility.

Because of those early savings, Corbion was able to sustain and build the program, leading to even greater successes. The plant now fully plans two weeks ahead with parts and three weeks ahead for work orders on equipment. As a result, the plant is operating at 99 percent planned work for its maintenance crews. While the facility still has occasional emergency maintenance issues, they almost never involve manufacturing equipment or processes. The total hours of emergency work dropped to 0.95 percent of overall maintenance labor (3 to 4 hours per week) from 10 percent (45 to 52 hours per week) just five years ago. These reductions allowed maintenance full-time employees and total hours to actually drop over the same time period.

Not all reliability fixes with a big impact were expensive. Automating the tempered water system cost approximately $3,700. That system resulted in a savings of $1,500 per month since implementation. In fewer than 10 weeks, it paid for itself.

The facility was able to bring its total plant uptime into the 90 percent range, and more importantly, keep it there. In 2015, the company experienced only 22 metric tons of product loss out of 60,000 to maintenance-related activities within its control. OEE for critical operations is consistently reaching 88 to 91 percent. In short, the plant is running leaner and more efficiently than ever (Figure 3).

Figure 3: Corbion was able to maintain and improve OEE and OEEf while reducing maintenance cost by reducing equipment failure

Perhaps most importantly, 2015 production is approximately 70 percent higher, with less overall maintenance spending than at the end of 2005. By helping and empowering its operators and maintenance crews to follow the chain of consequence with manufacturing problems, the plant was able to reduce bottlenecks and achieve a consistent rise in reliability across operations.

Employee morale is up because processes are running better and day-to-day operations are more predictable with less stress. Management morale is up because the plant produces far more with far fewer resources and plant reliability makes planning for the future more realistic.

The plant also had great success putting to use its manually collected highway addressable remote transducer (HART) data and is evaluating the implementation of a predictive maintenance device manager to automate the collection of essential data in the future.

These spectacular results at Blair are spreading to the company’s plants around the globe, effecting positive change across the Corbion global supply chain. Blair is proud that its successes are spreading outside the organization, making the plant a reliability standard bearer and resulting in its nomination for Emerson’s Reliability Program of the Year. The Blair facility is excited to face the future adding production capacity to existing infrastructure without capital investment. 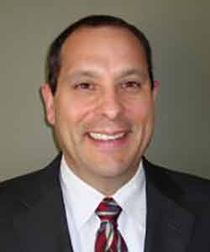 Vincent Mancini is a maintenance and reliability engineer at Corbion in its Blair, Nebraska, facility. He is responsible for the continuous improvement and execution of the site’s reliability-centered maintenance program. He draws on the 30 years of experience gained in the specialty chemicals, pharmaceuticals, foods, munitions and ordnance manufacturing. Mr. Mancini believes leadership makes a difference.
www.corbion.com