Doing It “Right” in Maintenance

Lately, it seems strong, single-minded commitments to beliefs have just about everywhere in the world in some kind of struggling situation. All kinds of groups, on all kinds of issues, taking the absolute position that they're right, the other side is just wrong and there's no common ground where some kind of agreement can be reached. Agreement where there actually might be some work done together to make things better for all.

This is not new to people in the world of maintenance and operations who have struggled with seemingly conflicting objectives, probably since the very first tool of any kind was developed on the planet. There is no doubt there was some pretty violent debate back then about when and how often that tool should be sharpened and the truly dire consequences if it wasn't. (Some might even say the actual sounds of the debate haven't really changed across the eons.)

As a brand new maintenance supervisor too many years ago, I remember being counseled by some older mechanics that we, maintenance, were at war with production. We always had to fight them because trying to be nice to them or working out some accommodations was just showing weakness that they would exploit.

If there was something wrong with a machine, I was advised that, "We should just walk over, shut it down right now and do whatever we had to do to fix it completely and properly, no matter how long it takes."

I remember thanking them for the advice, but pointing out that I had a young family with numerous expenses and a regular paycheck was somewhat important to me. But not entirely disagreeing with their position.

Over the years, and it took quite a few, I eventually realized that this pretty common (sadly, often fostered) conflict, when left unresolved, causes some real roadblocks to improvement in plants and eliminates any chance of getting close to manufacturing excellence.

I remember being counseled by some older mechanics that we, maintenance, were at war with production. We always had to fight them because trying to be nice to them or working out some accommodations was just showing weakness that they would exploit.

Operations and maintenance, each in their defensive mode, fortified silos, not trusting or communicating well and seemingly just worrying, mostly about building bigger, stronger silos.

There was maintenance demanding downtime or else the world could end and operations saying, "No way. Couldn't be that bad. We don't believe it." And of course, the post-disaster blame fests. I've witnessed some truly great, dramatic role-playing, with both sides performing like they felt they were supposed to. Just like the warring families in "Romeo and Juliet," or the more recent, perhaps somewhat less classy, "Family Feud." Not to say there aren't different viewpoints on issues, but routine, open, respectful, structured teamwork discussions can get to agreement on solutions that will move things forward.

In my years of teaching about maintenance and manufacturing, this issue often comes up in discussion. If it doesn't, I'll bring it up because it's always there and it has to be dealt with, no matter how nicely both parties might talk about each other and their relationship when they're both in the same room.

It usually shows up in discussions about problems and dealing with them on a planned, scheduled basis versus just jumping in and fixing, taking however long it takes. At issue is the morality of putting some patch repair in place, or maybe even just leaving it until a proper repair can be planned and scheduled. I remember one particular group of really solid, well-intentioned, capable maintenance folks who said, "If we have an issue, we're going to deal with it in the best way, right now, because that's the kind of people we are."

"Doing it right" is important to all of us, but especially for craftspeople who take real pride in their work. Anything else just doesn't feel right, lacking in principle and not the way we were raised and trained, and our mothers would be upset with us if they found out.

I had some remodeling work done in a bathroom at home and the tile contractor worked on it all day Saturday. He came back on Monday to finish, but when I went to check on him, he had torn out a bunch of what he did on Saturday and was redoing it. He said, "I thought about this all day yesterday and it just wasn't right. It's my mistake, it won't cost you anything." It had looked just fine to me.

If we have an issue, we're going to deal with it in the best way, right now, because that's the kind of people we are.

There are many quotes on the subject: "Do it right the first time," "If a job is worth doing, it's worth doing well," and the famous one attributed to John Wooden, the famed UCLA basketball coach and leadership guru, "If you don't have time to do it right, when will you have time to do it over?" These quotes are sometimes thrown out by those in the maintenance silo to those in the operations silo as a way to take the moral high ground in the argument. (What kind of person can live with themselves not giving up enough downtime for us to do it "right," right now?)

But What Is Doing It Right for the Organization Overall?

It always seems to be a big revelation how inefficient and, worse, ineffective, unplanned and unscheduled maintenance work really is. For many folks, they're working really hard, in the best way they can, fixing it as right as they can and going home late and worn out. So how can that be wrong? And it really can't be that inefficient.

But when we go over jobs in detail talking about the time spent figuring out what to do, looking for parts, figuring out what else to do when we don't have them (cheap company won't stock what we need), trying to get everything together on a hurry-up basis, under pressure, taking shortcuts, (did we do all the safety stuff we're supposed to?), it becomes pretty apparent that a lot of time was just flat out lost. We finally get something done, but most times it's not really done right after all and we'll have to revisit it
anyway. So we've taken more operational downtime than we needed to, which cost a bunch of money. We wasted a bunch of maintenance resource time that we never have enough of anyway and, worst of all, we have to do it again.

The numbers usually quoted are staggering. Typically, unplanned work takes four times longer than planned work, costs four to 10 times as much and usually has to be done over again anyway. No organization can afford this. And it's usually not a matter of not having enough staff, but just that you're wasting so much of people's time.

So, is taking this loss doing it right, or is it better to find some workmanlike way to keep things running while we get our act together (provided we're not doing more damage or creating a safety, quality, environmental, etc., issue) so we can do it right on a planned, scheduled basis? And this is not some dishonorable, unprincipled behavior where we should feel badly and wouldn't want our mothers to know about it. This is what I think doing it right is really all about. It's not about values, it's about the time frame. Right now, or when we're ready?

The issue also comes up in discussions of preventive maintenance (PM) work. (Don't you really wish we could redo some maintenance terminology so we don't have to constantly explain the different definitions for the exact same words?) To some folks, "PM-ing" a piece of equipment means taking some downtime, going through inspections and then fixing everything we can find wrong. Seems like an approach, but what usually happens is we find some things wrong and decide to fix them now "since we're here anyway," then find we don't have what we need to fix them right (e.g., parts, resources, information, etc.), but we still try to do it anyway, taking extended time and not getting the rest of our PM done. Then we get upset when operations begins to demand that they need the machine back to fill customers' orders. It's not an emergency breakdown type repair, but it's still unplanned and unscheduled work with the huge inefficiencies that go with it.

Of course, if it's a serious issue that won't last, we have to deal with it right then, but that really speaks to the effectiveness of our PM inspections. If a machine will be out of service for a long period of time, then the first activity is a thorough inspection to find the things going wrong, then planning and scheduling the repair work so we use our resources effectively and efficiently. We can use the analogy of an auto racing pit stop. Do they take however long it takes? Or is it a detailed, planned, highly efficient, scheduled activity done in the shortest possible time using the prior constant communication from the driver and observers for input? Not really a parallel to the industrial situation, but the concept of maintenance and operations both tied into equipment care done in the most effective, efficient way is exactly where we need to get to.

Just don't ever do unplanned work unless there's absolutely no other choice.

What Are Ways to Get There?

John Crossan currently works as a consultant. He spent a long career in a wide variety of roles in manufacturing operations, engineering and maintenance. His roles for much of the last 14 years were mainly focused on improving operations by fostering the installation and ongoing implementation of basic manufacturing and maintenance procedural mechanisms across 30 varied plants in the U.S. and Canada. www.johncrossan.com 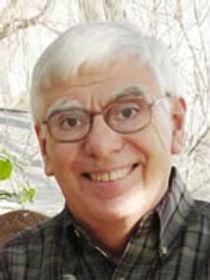 John Crossan consults in manufacturing and maintenance improvement. He spent 40 plus years with major companies in operations and engineering. For much of the last 14 years of this, he mainly focused on improving operations by fostering the installation and ongoing implementation of basic manufacturing and maintenance processes, incorporating lean concepts, across some 30 varied plants in the U.S. and Canada.