Don’t Tell Me… Show Me

A bad actor was identified in the water disposal injection system (see Figure 1). The three 6x4x13 pre-booster pumps had a long list of chronic failures, like broken shafts, damaged seals, etc. On average, they had one failure per week. Normally, just one of them is running, but all of them showed the same behavior.

A troubleshooting process was developed, which included gathering information about failure modes and operational context of the entire water disposal system.

The first type of failure could be caused by operating a centrifugal pump far from the best efficiency point (BEP). By using a portable flowmeter, a measurement of 320 gpm (10,000 barrels per day) is obtained, which is 30 percent of BEP, clearly out of acceptable operational range (see Figure 4).

In addition, a failed check valve allowed the flow to return, which was probably the cause of the torsional failures since this event was present just when each pump was shut down for service.

At this point, the causes of the chronic failures are known, but what needs to be done for solving them? Because of low oil prices, there is no budget to perform a big modification. However, having solid knowledge about the pumping system helped to find an effective and low-cost solution. By connecting both water disposal wells with a 300-foot long pipeline, the system was able to pump an additional 10,000 barrels per day. As a consequence, the pre-booster pump that was running changed its operational point to 600 gpm, which is 20,000 barrels per day or 60 percent BEP. Even though it is not an ideal situation, it is better than no action and the centrifugal pumps have not failed again since then (see Figure 5).

Don’t Tell Me, Show Me

Reliability initiatives need to get noticed, but the right language is key. The Crow-AMSAA (C-A) plot is an excellent method to demonstrate reliability improvements and the savings obtained, which everyone in the organization is able to understand.

The main reasons to use C-A plots are:

By extrapolating both curves, one is able to forecast future failures for the next 1,200 cumulative days, for example.

This is a great result, taking into account the very low budget used in the implementation of the new pipeline connecting both water disposal wells.

These kinds of plots are easy to understand and also show how the reliability improvements support the business objectives.

Reliability expert Paul Barringer once said about the C-A model: ”Please recognize that many equations describing physical phenomena have simplistic equations: F = ma, E = mC2,
S = F/A, etc. Since most of you cannot derive or explain the theory behind these well-known equations, why would you doubt that also describes important physical relationships in the field of reliability.” 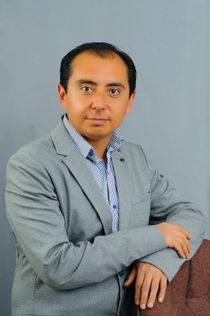 Luis Fabian Villacres, CMRP, is the founder and CEO of Ingenieria CBM, a provider of condition-based maintenance and reliability services, including training. Luis Fabian has more than 16 years of experience in the Ecuadorian oil & gas industry as a reliability engineer, predictive maintenance engineer and RCM facilitator. He is ISO18436-2 Category IV certified. www.ingenieriacbm.com