Failure to Launch: Why IoT Projects Fail to Get Started

The May 2019 The RELIABILITY Conference™ saw a significant increase in the number of sessions and vendors that included the Internet of Things (IoT), Industry 4.0, or digitization topics/themes. The IoT related content has been on a steady rise for the past couple of years, with no sign of slowing down as evidenced by the agendas for the MaximoWorld 2019 and IMC-2019 conferences in August and December 2019, respectively. Of course, if you are in the business of maintenance reliability, this subject prevalence is nothing new to you.

What is surprising came from a discussion among industry professionals at The RELIABILITY Conference. They observed that despite all the hype about IoT, there is not a commensurate amount of hype regarding companies that are actually doing something. That’s not to say there aren’t some great examples of companies using IoT to improve operations and reliability. But those who were part of the discussion couldn’t help but ask: “Why are there not more?” Vendors and companies talk about the “vision” of IoT within the industry, but a lot less of them seem to be putting that vision into practice.

It’s sort of like that 2006 movie, Failure to Launch. It centers on Matthew McConaughey, whose 35-year-old character, Tripp, still lives at home with his parents, played by Terry Bradshaw and Kathy Bates. Despite their best efforts, they cannot get Tripp to move out, who, by the way, believes his parents love having him there. Tripp knows he probably should leave, but it’s pretty good where he is. It is a goofy rom-com that is fun to watch and relatable if you have a recent graduate who has come back home to live.

So, how is this movie relevant to an organization’s IoT strategy? Over the past couple of years, a great number of companies have been exploring the value that IoT solutions can provide. There have been numerous conferences and user groups where this value is presented. Yet, despite knowing the benefits that it can bring them, organizations stay the course. They are suffering from a failure to launch in one of two areas:

Failure to start a project or pilot

Failure to expand beyond a pilot.

Back to the discussion at The RELIABILITY Conference, the participants came to some conclusions about each of these two areas.

Failure to Start a Project or Pilot

This can be traced back to one of five broad reasons:

Failure to Expand Beyond a Pilot

Let’s say a company decides to move to pilot stage. What is keeping it from moving into production? There are several reasons:

A recent survey conducted at the Internet of Things World Forum seems to support this theory. It reveals that 35 percent of IT staff view an IoT project a success, while only 15 percent of business decisions makers shared the same view. If the business decision makers do not think a project is a success, they won’t fund it or dedicate resources to rolling it out.

Knowing the challenges and roadblocks can help you kick-start an IoT project and/or move it past pilot into a full production rollout and expansion to other areas. Here are six strategies to help ensure success:

Back to the movie, Tripp’s parents call in Paula, an expert in the field, to assist in getting him to move out. Ultimately, Paula, played by Sarah Jessica Parker, working with Tripp’s parents, apply the aforementioned six strategies to move to a successful conclusion where the parents have the house all to themselves. Although your IoT projects may not always have such tidy endings, by understanding the challenges you face and employing the right tactics, you can avoid a failure to launch. 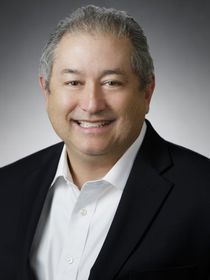 Ray Miciek has been the driving force behind Aquitas Solutions’ increased success in the Enterprise Asset Management (EAM) market and is responsible for the execution of the company’s sales and go-to-market strategies. Ray has over two decades of asset and service management experience. www.aquitas-solutions.com