How the Quest for Better Pumps Came to (Almost) Nothing: Part 1

Pumps are fluid machines that move liquids over short and/or long distances. They were invented well before the industrial revolution and even Archimedes tinkered with pumps, on or about 250 B.C., somewhere near the historic city of Siracusa in Sicily. Without pumps, modern process plants would not exist. But not all pumps are well constructed, well maintained, correctly installed, or properly operated. And while some pumps have stayed on-line without interruption for six years, others continue to experience random failures several times in the course of a year. Pump improvement can be both a career enhancer and a value-adding proposition, as this two-part article will show.

Why Better Pumps Are Needed

Most pumps in chemical process plants and oil refineries operate below 300 psig and 350° F. Yet, even at these conditions, an inordinately high percentage of a plant’s maintenance expense for rotating equipment goes into pump repairs. In the late 1980s, the estimated repair cost for an ANSI B73-compliant pump was slightly over $5,000 at one of many similar U.S. Gulf Coast process plants. The true cost of repairing an average API 610-compliant refinery pump in 2019 is thought to well exceed $15,000. Additionally, for every 1,000 pump repairs there was, and still is, one costly fire event.

As early as 1972, computerized recordkeeping and straightforward failure analysis made it possible to identify when and why a machine failed. Improving pump reliability was the motivation of companies when statistics demonstrated significant incentives to upgrade their pumps. Oil and gas companies were on the same page and routinely, but informally, compared their pump failure frequencies and repair costs with similar equipment operating under similar process conditions.1 Such recordkeeping soon led to an 80-page report titled, “How to Build a Better Pump,” which was made available to any pump manufacturer interested in reading it.2 Originally issued in 1973, the report explained and commented on the following:

Typical shortcomings of certain ANSI pumps needed to be identified. A study2 revealed the following weaknesses:

However, one multinational oil and gas corporation modified its then existing nonproprietary basic practice document for medium duty pumps to incorporate the new findings and called it the upgraded medium duty (UMD) standard. When invited to submit bids for such pumps on upcoming projects, some pump manufacturers complied in part, but took exception to certain clauses or paragraphs. Only one Iowa pump company went beyond merely complying with the UMD standard. One of the pump company’s key executives and innovative engineer-managers saw an opportunity for pump users and manufacturers.4 It began developing their pump line, seen in (Figure 1), and today, those pumps are also available as API 610 compliant pumps. Regrettably, no other manufacturers saw fit to build such pumps; some inexplicably went on record strongly asserting that ANSI B73 and API 610 were all that was ever needed by industry users.

As to developing a UMD standard, the pump manufacturers prevailed and pump users asking for better pumps at meetings of API subcommittees were outvoted. Today, there is no formal industry standard covering UMD pumps. Moreover, in examining API 610 and its various commendable clauses, there are many minimum recommendations that are not accepted by well-informed subject matter experts at best of class companies. When challenged, the API organization’s legal staff was quick to point out that the clauses in API 610 are meant to be viewed as minimum and not mandatory requirements. If users see fit to install better components, provide better fits, utilize superior materials, and so forth, the lawyers at API point to the wording on the inside covers of many API standards. This wording encourages users to go for higher quality, if needed.

In other words, users may elect to upgrade, the choice is theirs to make. So, the uninformed and indifferent buy on price alone; they often became the lawful prey of marketers who are fondly remembered for providing doughnuts and baseball caps for everyone.

The amount of shaft deflection can be readily calculated and is simply a function of L3/D4, the overhung distance “L” from the pump impeller to the nearest bearing and the mean shaft diameter “D”.6 The oil and gas companies required the L3/D4 ratio to be defined and disclosed by the vendor. This ratio was called the shaft flexibility factor (SFF). In competitive bidding, the SFF values given by bidders are compared against the lowest available or offered SFF. Offers with higher values were assigned a dollar equivalent maintenance assessment of a certain percentage of their bid price.7 The imputed cost adder could disqualify the vendor even if base pricing was low.

Shaft deflection changes as a function of the fluid flow rate through the pump. As the throughput capacity of a pump increases or decreases and thus moves away from the best efficiency point, the pressures around the impeller become unequal, tending to deflect the impeller end of the rotor. In an overhung impeller pump with a standard single volute casing, this deflection can reach serious magnitudes. Accordingly, a shift to casings with diffusers and double volute casings was encouraged. However, not even the best designed casing can eliminate pressure-induced shaft deflections completely.

That a single volute pump will not give satisfactory long-term service if operated too far from its best efficiency point is generally known.7 Companies learned to discount meaningless claims, such as one manufacturer’s pump model “A” deflecting only 20 percent of the deflection calculated for Competitor “B.” If “A’s” actual shaft deflection is only 0.0001 inches, then even a fivefold deflection of 0.0005 inches in Pump ”B” will be of no significance. The upshot of this observation: It deals with marketing and advertising strategies; both “A” and “B” should be considered acceptable selections in this instance.

Quantum steps forward were made in the early 2000s. Since then, good pumps make extensive use of wear-resistant, high performance, non-metallics, particularly perfluoroalkoxy carbon-filled polymers (PFCP). Although these materials are in the PTFE family and are thus related to Teflon®, PFCPs have a number of superior properties.

Less than 10 percent of all ball bearings run long enough to succumb to normal fatigue failure. According to three renowned bearing manufacturers, most bearings fail at an early age because of static overload, wear, corrosion, lubricant failure, particle contamination, or overheating.8 Skidding of rolling elements can occur in a bearing operating without load and is a frequent cause of failure in angular contact ball bearings installed and operating as flush ground, mirror image oriented pairs. It was recognized that this problem could be solved by using a matched set of bearings and proper shaft fits which, in combination, result in a slightly preloaded condition after installation.

Alternatively, bearings can be purchased as sets, with dissimilar contact angles. Sets with a 40 degree load angle on the primary load side and a 29 degree angle on the secondary, usually unloaded side, are available. The two bearings are mounted back-to-back. The superior performance of these bearings is well-documented, but a higher cost and the lack of care during installation seem to be unsurmountable impediments in some maintenance cultures. This refers to locations and situations where the quick fix and low initial cost carry more weight than education and insistence on quality of workmanship. Denying that the quick fix/low-cost mentality exists is likely to cause long-term grief.

Actual operations have shown that better bearing specification practices will avert most static overload issues. Problems caused by wear, corrosion, contamination, lubricant failure and overheating can be prevented by the proper selection, application and preservation of lubricants. Much can be accomplished with oil application strategies that completely eliminate oil rings and constant-level lubricators (Figure 2). Well-engineered bearing housing seals (Figure 3) represent another layer of protection.

Oil viscosity and moisture contamination are primary concerns and, while higher viscosity lubricants are generally preferred, lubricant viscosities greater than ISO VG 32 cannot be properly applied with oil rings strictly designed for process pumps. 9 The detrimental effects of moisture contamination are well known and even trace quantities of dissolved water in oil can drastically shorten bearing life.10,11 By the time free water is drained from a bearing housing, most of the damage has been done. Many researchers have documented this fact in the past six decades.

Unlike API recommended pump bearings, which petrochemical companies often specify for an L10 life of 40,000 hours, ANSI pump bearings are  elected on the basis of a life expectancy of 24,000 hours. Nominally, this means that 90 percent of the ANSI pump bearings should still be serviceable after approximately three years of continuous operation. However, failure statistics indicate that conventionally lubricated ANSI pump bearings do not even approach this longevity. 5 Lack of lubrication, wrong lubricants, water and dirt in the oil and oil ring debris in the oil sump all cause bearing life expectancies to be lower than expected. It can be assumed that similar findings by other major users of ANSI pumps prompted the search for lifetime lubricated rolling element bearings. However, except for power inputs below five horsepower, lifetime grease lubrication is not usually considered a viable choice for process pumps.

Problem incidents caused by dirt and water have been substantially reduced by the pressure differential at the bearing housing seal provided by oil mist lubrication.(7 Nevertheless, failure risk can escalate by certain specification practices, including some contained in API 610.

Part 2 will touch upon some of the reasons for bearing life reductions and list several observations that should be considered when preparing a modern pump specification. 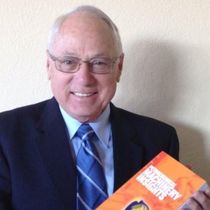