Most people are aware that the State of Arizona has grown considerably over the past few decades. In fact, according to the U.S. Census Bureau, the state’s population grew 40 percent from 1990 to 2000, second only to Nevada. Phoenix, the state’s largest city, stands today as the nation’s sixth largest city and is poised to be fifth soon. Interestingly, the five cities besting Phoenix in population all reside on great bodies of water along the East Coast, West Coast, Gulf Coast and Great Lakes, each with a river, port and shipping fleet. Contrast that to the metropolitan area of Phoenix with 4.4 million people living in a desert community with an annual average rainfall of less than eight inches. Ever wonder how that is even possible?

In 1968, thanks to the hard work of Arizona visionaries, the U.S. Congress approved the construction of the Central Arizona Project (CAP) to bring renewable Colorado River water to the arid metropolitan regions of Phoenix and Tucson, and the irrigated farmlands of central Arizona, areas that previously depended on nonrenewable groundwater. Operational in 1985 and substantially completed in 1993, this 336-mile aqueduct delivers over 1.5 million acre-feet of water annually with the contribution of 14 pumping plants. Daily, it has the capacity to push 2 billion gallons of water “uphill” from Lake Havasu toward Phoenix and terminating 2,900 feet higher in the City of Tucson. Built by the U.S. Department of the Interior’s Bureau of Reclamation, CAP is maintained and operated by the Central Arizona Water Conservation District (CAWCD), a municipal corporation employing 475 people and governed by a board of directors elected by the residents of Arizona’s Maricopa, Pinal and Pima counties.

As you can imagine, the reliability of CAP is paramount. CAP is a raw water wholesaler to municipal and private utilities, industry, agricultural lands and Native American tribal communities. Customer water reserves must be replenished daily. There is an expectation by all who live and work in Arizona that water will be available when they need it. CAP water deliveries directly and indirectly generate almost half of Arizona’s gross state product, according to an Arizona State University study. As such, CAP has a responsibility to operate continuously 24 hours per day, each day of the year, for generations to come.

To ensure an uninterruptible water supply, CAP has had to adapt its approach to maintenance over the years. In 2003, CAP’s maintenance leadership set out to transform a largely reactive maintenance culture to a proactive one, with an engineered, planned and scheduled maintenance program. This program, structured within an organized framework, originated with the outside assistance of Life Cycle Engineering and became known as the “Maintenance Excellence Program.” It is based on a shared belief system to achieve reliability with worker safety as its foremost priority. In short, the objective is to set CAP on a pathway toward world-class maintenance organization status.

CAP adopted a framework of 21 building blocks to efficiently manage its critical assets and to base measurements of progress. The program, which continues today, is founded on teamwork and work processes too numerous to list, but major aspects include investments in training, tools and equipment, a computerized work order system, a digital technical library and a data repository network. CAP formed a centralized planning and scheduling department and organized into maintenance responsibility centers for the budgeting and execution of maintenance work. As the program progressed, continuous improvement activities were driven by asset management teams that hold bimonthly “town hall” meetings to assess reliability results and devise new strategies. Equipment maintenance plans were engineered and detailed preventive maintenance (PM) procedures were developed for all major systems and assets. Other notable activities include the design of an interactive maintenance management dashboard system which displays live availability status for all 109 of CAP’s pumping units.

These changes did not come easy and required the prolonged dedication by many over the years. But the strategies paid off, as reliability and safety records improved. In 2010, CAP employed the services of CH2M Hill to assess and benchmark CAP’s practices against other leading water utilities. The assessment scored CAP high against 41 international water sector agencies and concluded the maintenance program ranked in the category of “Excellence.” CAP was well on its way to world-class status, but there was more to do.

A missing element on the road to excellence was the establishment of a reliability-centered maintenance (RCM) program. In 2013, CAP enlisted People and Processes to train the staff in the RCM process. The next year, CAP created a reliability engineering department to work hand in hand with the maintenance engineers. CAP also adopted Anthony “Mac” Smith’s Classical RCM process and Mac, along with condition-based maintenance (CBM) expert Jack Nicholas, visited and advised CAP on its approach.

CAP has been an epicenter of RCM activity the last two years as reliability teams organize, execute and implement RCM initiatives. Facilitated system analysis workshops are a team effort involving reliability and maintenance engineering, maintenance crafts and trades, plant supervisors, maintenance management and operations. So far, nine complete systems have been analyzed, covering over 300 unique assets and 1,700 failure modes. Implementation has progressed well with five systems complete with new procedures written and tasks activated in CAP’s computerized maintenance management system (CMMS). Many new and innovative condition-based strategies have been devised to replace traditional, time-based tasks. Moreover, numerous asset modifications were initiated to enhance reliability performance. These RCM workshops have been well received by the process participants and work to establish buy-in with CAP’s asset maintenance professionals. RCM is becoming core to the maintenance culture, the basis for engineering and for improving planned maintenance requirements to preserve critical system operations. Future plans include RCM as a means of design review for CAP’s capital projects.

There is much left to do, including the prioritization of future RCM efforts, coding CMMS corrective work orders to the failure mode level, and following up and auditing RCM results. CAP also must develop an enterprise system to consolidate and manage more than 30 predictive and asset condition processes for better trending, notification and preemption of system failures and forced outages. Additionally, maintenance managers are working on incorporating Reliabilityweb.com’s Uptime Elements reliability framework into all processes.

Still, the efforts of the past 12 years have realized significant results. Following the 2011 development of CAP’s strategic plan, the senior management team developed five major corporate goals for all employees to strive for. Among these “Big 5 Goals” were measurements for safety, budget and reliability. Related metrics in these areas are shown in Figures 2 through 4 and demonstrate that improvements have been occurring for some time.

Figure 3: Lost time injury rate has declined substantially since establishing maintenance excellence and other initiatives, including the Voluntary Protection Program partnership with OSHA

Figure 4: Reliability improves asset affordability as total maintenance expenses, adjusted for inflation (consumer price index), declined by $3.6 million per year from 2008 to 2014; improved outage planning and scheduling also was a contributing factor in this 13.4 percent reduction

CAP will continue to face maintenance challenges as its assets age. Also, it will need to combat the elements and fight biological invasive species, such as quagga mussels, throughout its aqueduct. But the CAP team is up for the task.

We are extremely proud and honored to have been selected for Reliabilityweb.com’s Uptime Award for Best Reliability Leadership. Truth be told, champions of maintenance excellence, RCM, PM optimization, planning and scheduling, CBM, precision work execution and so on, have emerged in all pockets and all levels of the organization. Pride in our work and mission is the CAP way! 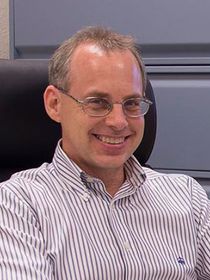 Tim Allen, CRL, CMRP, is the Reliability Engineering Supervisor for the Central Arizona Project. Prior to working for CAP, Tim enjoyed a 20-year civil service career with the US Navy and served as RCM Program Manager for the submarine group. Tim spent 8 years as a reliability consultant with AMS Associates.