In the June/July 2016 Uptime article, “Condition Monitoring and MEMS Accelerometers: What You Need to Know,” several attributes of microelectromechanical system (MEMS) accelerometers were presented that make the technology compelling for condition monitoring applications. This article reviews data demonstrating the state of MEMS technology development and performance levels by comparing it to a commercially available piezoelectric (PZT) condition monitoring accelerometer.

Investment in MEMS process technology, coupled with design innovations, have greatly improved MEMS performance, enough to make MEMS a viable option for a wider range of condition monitoring applications. Accelerometers with resonant frequencies up to 50 kHz and noise density levels down to 25µg/√Hz are now possible with specialized MEMS structures and process technology. Careful design of signal conditioning electronics fully exploits the low Brownian motion noise of these new accelerometers.

In order to assess whether the newest MEMS accelerometer would be suitable in a condition monitoring application, measurements were taken side by side with a commercially available PZT-type condition monitoring accelerometer. To ensure both sensors had similar mass and were subject to the same stimulus, the MEMS sensor was adhered to the case of the PZT sensor. The single supply analog output of the MEMS accelerometer was inputted directly into the analog input channel of the same data logger as the PZT sensor. A data acquisition instrument (DAQ) was used as the acquisition system for these experiments.

A real-world scenario, such as the one described in Vibration-based Condition Monitoring,1was recreated on a vibration tester in an effort to compare devices using a known stimulus. This example outlined the vibration levels for a gas turbine running at 5100 rpm (85 Hz) and a synchronous generator at 3000 rpm (50 Hz) running misaligned. The scenario describes the frequencies and amplitudes that the vibration system was programmed to produce using the random vibration test mode. Table 1 lists the amplitude measurements at the frequencies of interest for both devices.

Unlike the PZT device, the MEMS device has a direct current (DC) response, which is of interest for very low frequency machines, such as wind turbines (also enables a faster recovery from saturation). Since the frequency response of the vibration stimulus system rolled off at very low frequencies, the response for both devices were tested by “tapping” the test jig and capturing the resulting responses. The recorded time domain measurement was then transformed to the frequency domain. The results are shown in Figure 3. Note that the MEMS accelerometer was able to record a response down to DC.

Figure 3: A comparison of the response of both accelerometers when tapped

The MEMS performance with the analog output driving the DAQ directly achieves good results comparable to the PZT sensor. This suggests that MEMS accelerometers are good candidates for re-architected output channels of new condition monitoring products, in particular enabling entirely new concepts based on semiconductor components that run on a single +5V power supply, such as wireless smart sensors.

On the surface, the first generation accelerometer appeared attractive for this application due to the high frequency resonance (22 kHz) and high full scale ranges (FSR) of ±70 g, ±250 g and ±500g. Unfortunately, the noise level is 4 mg/√Hz, unacceptably high for most condition monitoring applications. For the second generation device used in the comparison, noise is reduced two orders of magnitude from the first generation, while power is reduced to 40 percent. Table 2 summarizes the performance comparison of both MEMS accelerometers, highlighting the improvements in performance.

Special thanks to Juan Chong of Analog Devices for providing the data for this article. 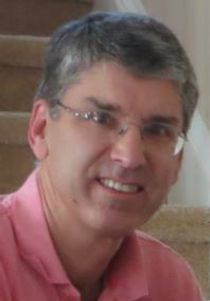 MRO-Zone.com Online Bookstore
Job Postings for Maintenance and Reliability Professionals
The Reliability & Maintenance Manager’s Complete Guide to Asset Strategy Management
Find out how to optimize your machines!
Free eBook: 11 Problems With Your RCA Process and How to Fix Them
Alignment, Vibration, Balancing and Ultrasound Training mapped to UPTIME® ELEMENTS
Asset Performance Management and Reliability Software

Two Important Questions For Any Team On A Reliability Journey

Reliability Teams Want To Know The Answers to Two Questions

What Is Competency Based Learning for Reliability and Asset Management?

Develop a Competency Framework for Reliability and Asset Management