How does the largest public housing authority in the nation document and address its hundreds of thousands of work orders effectively and efficiently? Technology, that’s how. The New York City Housing Authority (NYCHA) is utilizing cutting-edge technology to communicate with frontline staff and its residents in real time.

NYCHA has residents or customers, stakeholders, buildings and assets located in Brooklyn, Bronx, Manhattan, Queens and Staten Island. The authority is home to almost 400,000 New Yorkers in 175,000 apartments. Striving to provide its residents with safe, clean and affordable housing is NYCHA’s mission, which requires it to respond quickly and effectively to their needs. But, NYCHA was not doing this, at least not at the pace needed to truly provide its residents with the safe, clean homes they deserve.

Since 2009, NYCHA has used an enterprise asset management (EAM) system to capture, categorize and report on these work orders. Yet, even though the EAM system was a major improvement over the previous “green screen” work ticket system, the process of assigning and closing work orders was still paper-based. NYCHA was still printing out two million pieces of paper every year, requiring maintenance staff and residents’ signatures for work orders. Also, the office staff was manually typing in data, allowing several days to go by before work orders were updated in the system. Often, some staff members inputted incorrect information. All in all, this system effectively delayed how NYCHA served its residents.

Enter NextGeneration NYCHA. Started in May 2015 by New York City Mayor Bill de Blasio along with then NYCHA Chair and CEO Shola Olatoye, NextGeneration NYCHA or NextGen NYCHA is a 10-year strategic plan to preserve and protect public housing for current and future generations. As part of this new change to make NYCHA a more modern and efficient landlord, the strategic plan sought to make NYCHA more flexible, mobile and responsive to its customers. NextGen NYCHA envisioned two complementary initiatives to streamline and improve a core business process: opening and closing work requests. One initiative would focus on the residents and the second initiative would focus on the NYCHA maintenance and skilled trades workers.

In late 2015, the information technology (IT) department at NYCHA turned its focus on developing a mobile application to assign, update and configure work orders. In December, the handhelds project kicked off with the goal of equipping NYCHA’s 3,700 maintenance and skilled trades workers with mobile devices that allowed them to view, update, address and close their assigned work orders.

The first step was to identify the right mobile solution for NYCHA. The solution needed to integrate seamlessly with the EAM system; be intuitive enough to require minimal training; conform with NYCHA’s heavily regulated processes; and be flexible enough to fit the dozens of different work orders and inspection types that NYCHA and its contractors perform daily.

After analyzing the various solutions, the clear winner was a platform where all configuration and management of mobile devices and purpose-built applications are done via the mobile server application within the EAM. Working closely together, NYCHA and the mobile solutions provider’s team started the implementation of the new mobile work order management system in early 2016 with a pilot at three developments. The pilot was a success and NYCHA’s leadership was pleased with the results. In June, leadership requested a full rollout of the mobile solution by December 2016. This aggressive timeline relied on the project team’s ability to deploy the mobile initiative to at least six developments each week. An NYCHA development consists of several apartment buildings, with some developments having over 2,000 apartments. Within the six-month period, close to 1,000 staff members were trained and provisioned with new smartphones. Field coaches were deployed throughout the five boroughs to support the newly-trained staff. A dedicated project help desk was set up and a communications campaign was launched to provide videos, quick tips and other supplementary training material.

At the same time, NYCHA worked with the provider to deploy the mobile initiative to over 10 skilled trades, including bricklayers, carpenters, electricians, exterminators, glaziers, heating technicians, painters, plasterers, plumbers and roofers, that consisted of over 2,000 staff members. Each skilled trade had its unique needs, which required a significant effort in gathering information requirements, making technical changes to the mobile solution, testing, developing training and delivering tailored training classes and deployment. By the third quarter in 2017, handhelds were deployed to all trades, completing the mobile solution’s full deployment to all NYCHA’s maintenance and skilled trades workers. Adoption of the new technology was swift. By the end of the project, more than 85 percent of all work orders were being closed on the mobile devices.

Much like a delivery driver can record detailed transactional data via a mobile device, NYCHA’s maintenance and skilled trades staff are now able to do the same. The mobile solution allows for faster updates to system data. Additionally, transforming from a paper-based system to an electronic system has improved data accuracy and data availability. The handhelds allow for the taking of photographs, which workers can share with one another, thus facilitating their ability to truly work as a team and collaboratively plan the best course of action. Being able to share photos has helped streamline some repairs since certain NYCHA service requests may require the work of several different skilled trades.

Supervisors also benefit from the ability to assign work orders from their mobile devices, which frees them from their offices and allows them to be more hands-on at developments. On the clerical side, the staff no longer needs to manually update paper tickets and, therefore, can be assigned to other more valuable tasks. According to NYCHA estimates, the time savings on the clerical side have so far exceeded thousands of hours of data entry.Also, an unintended benefit of the deployment of the new mobile devices was that many maintenance and skilled trades workers received an NYCHA network account for the first time. They are now able to send and receive e-mails and have access to a suite of office productivity applications from their mobile devices, thus increasing connectivity among employees of the housing authority.

Similar to other project implementations of this size, NYCHA’s implementation went far beyond technical tasks. Training 10 different types of crafts where a majority of the workforce is unionized required a significant investment and planning for the rollout. Like most mission critical city services, training had to be cognizant and reflective of the agency’s need to continue to provide day-to-day services. Despite these hurdles, the NYCHA needed only 16 months to fully train the 3,700-member mobile labor force and retrain and reassign a portion of back office workers whose functions were no longer required once the mobile solution went live. The NYCHA’s efforts ensured no resources were displaced from employment due to its change in asset and facilities management.

Because of this success and from using the mobile device management system, the NYCHA made plans in 2017 to expand new functionality around lead inspections, mold and mildew work orders, and other emerging needs. Also being planned are a host of new inspection types, including closed-circuit television (CCTV) cameras; monthly property inspections; apartment dust wipe assessments; fire and carbon monoxide alarms; air conditioner and window guard installations; asbestos; boilers and boiler rooms; fire extinguishers; grounds; community spaces; health and safety; injury reports; tank rooms; and fire standpipe and/or sprinkler inspection. Also, the NYCHA now maintains working inventory at each of its 144 consolidated development management locations and is looking for a mobile solution to help maintain the housing authority’s expansive inventory. This will help to simplify inventory processes, such as assigning materials to work orders, cycle counting and returning unused inventory, all tasks that can be completed much faster thanks to technology.

Throughout this process, everyone at NYCHA understood that technology was only part of the solution. Truly successful enterprise level implementations take into account existing and new processes and remain ever mindful of the needs of its end users. NYCHA’s size, scope, the sensitivity of the data it handles, scalability, reliability and security were always key requirements. This is why intense collaboration with maintenance and skilled trades managers and interconnectivity with other areas of the organization were essential then and remain integral now. 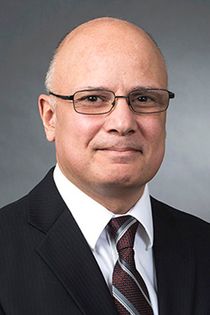 Robert Marano is Executive Vice President and Chief Information Officer for the New York City Housing Authority (NYCHA). Robert directly oversees the IT department, sets IT direction and coordinates infrastructure and service delivery across NYCHA. He has more than 25 years of both public and private sector experience in IT project management, enterprise architecture, IT portfolio management, business process re-engineering, strategic planning and IT governance.