"Over the decade, the facility has learned that it has two main sources of production losses. One is process related and the other is incident related"

In 2009, Cameco Corporation's Port Hope Uranium Conversion Facility in Port Hope, Canada, launched a new approach to continuous improvement. It was documented and presented in the Aug/Sept 2012 issue of Uptime magazine titled, “Operations-Led Reliability.” Ten years later, here is an update on how it has evolved through multiple improvements.

Back in 2009, Cameco partnered with an engineering solutions firm to guide it through the launch of a full reliability excellence program. The firm assigned a senior leader who worked on-site with Cameco’s leadership and staff to lead multiple teams in addressing multiple aspects of the program simultaneously. One of the teams was in charge of upgrading the downtime tracking process to a continuous improvement program.

The main idea of the continuous improvement program was to switch from driving improvements from the equipment’s downtime records to improving the operations based on all the reasons why production losses were occurring. Cameco named the new program: Production Loss Elimination Process or PLEP.

Unlike the previous downtime meetings, where all solutions were focused on maintenance, engineering, or capital projects, the new meetings result in requests for any department that can help solve problems faced during production. Now, the review meetings have just as many employees from operations as maintenance. Problems, such as leadership communications, consistent operator training, shift to shift communications, supplier issues, or no demand for product, all occur as often as equipment breakdowns.

PLEP has grown and matured over the years. Before the operations-led reliability program, the plant would prioritize its maintenance, time, money and resources based on the opinions and experiences of senior staff, including multiple versions of a downtime log.

The teams have since been mentored on how to use the existing approach alongside an unbiased data gathering approach. As a result, PLEP version 1 was developed on-site. It was a spreadsheet tool for tracking production losses when production targets were not met. The reasons for missing production targets were entered into the spreadsheet by operators. This data was analyzed and the top three causes for losses were reviewed by management and then appropriate corrective actions were assigned. Along with the technical changes, the plant embraced the cultural change of working with this program.

After using PLEP version 1 for several months, it was determined the tool was too difficult to audit and verify operators who were entering data each time a target was missed. Therefore, the system was improved by incorporating an SQL database with an operator user interface. The teams were advised to keep things simple, start small and keep it easy for operators. In particular, they learned that there should be no more than three clicks; if there are more, operators will not provide quality data. This is something the teams found to be very true. All operator interactions with the system are simple and quick, so they get valuable data. With these changes, PLEP version 2 was created.

After a couple of years of gathering and analyzing data, it was determined that Cameco could eliminate 50 percent of its production monitoring points and automate one of the remaining two. Reducing collection points also improved the quality of data gathered by operators. It also took advantage of the SQL database and created a generic report using an SQL reporting suite. With these improvements, PLEP version 3 was created.

Today, the facility is currently using PLEP version 3. The data is still analyzed and reviewed monthly by management and corrective actions are generated and tracked.

There is a PLEP version 4 in the works. This version focuses on improving the SQL reports. The development team envisions daily and crossover reports that are automatically generated to communicate recent losses to operations. Another planned improvement involves developing a dashboard for its monthly analysis that can drill down several different ways.

Over the decade, the facility has learned that it has two main sources of production losses. One is process related and the other is incident related. The plant is addressing the process related issues by improving its maintenance practices and MRO kitting processes. This process has resulted in about three major corrective actions per year, boosting the plant’s capability.

For example, early on, PLEP proved that the plant had issues with production targets due to a lack of fluorine gas. A lot of resources were allocated to improving maintenance and storeroom practices in this area. Along with improving the control strategy, this area of the plant is no longer the bottleneck of the operation. It used to lose product because of this, but now it is no longer an issue.

Also, PLEP illustrated how important it is to prevent incidents. An incident in the plant can result in a temporary shutdown. Most incidents are related to product stream blockages and undesirable chemical mixtures. The operations training and communication teams are always working to prevent these types of incidents.

As critical as any launch, PLEP also helps sustain the changes. As an example, the on-site industrial control equipment/network is used to compare any year-to-year downtime coded to a particular area. This ensures implemented corrective actions are improving the overall uptime of the equipment.

Finally, as part of the effort, the Cameco PLEP development team met with other industries. It became very clear that the lessons learned applied whether you were a nuclear engineer, a process engineer, a mechanical engineer, or a chemical engineer.

For example, leaders from a major grain company developed a PLEP process and the similarities to Cameco’s process for a nuclear facility were clear.

It is evident that the principles of production loss elimination can be applied to any industry. 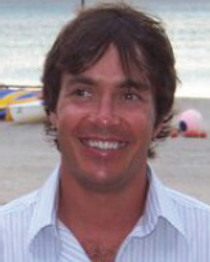 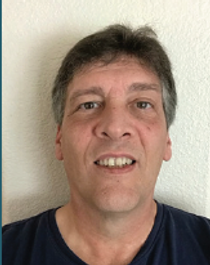 Joe Mikes, is an Executive Reliability Trainer based in Phoenix, Arizona. He has consulted in over 40 industries, including over 120 business locations in five countries. Driving operational reliability is his passion.