What are Poisson distributions?

Poisson distributions are discrete distributions and the simplest statistic process where Poisson events are random in time which describes a stable average rate of occurrence of counted events. The Poisson is frequently used as a first approximation to described failures expected with time. The calculations are driven by an average value, e.g., failures/year, defects/meter2, hurricanes/year, etc. Answers from the Poisson will come as probabilities for 1 failure, 2 failures, etc. or the probability for 1 hurricane in a year or 2 hurricanes in a year, etc. The average value is obtained from a constant*time-interval which is usually explained as l*t. Frequently charts are used to obtain solutions to the Poisson equation such as the Thorndike Chart from Bell Labs or the Abernethy-Weber chart from The New Weibull Handbook. The equation is often described in two formats: 1) probability = (np)re-np/r! where n = number of trials, r = number of occurrences, and p=probability of an occurrence, or 2) probability = ZCe-Z/C! where Z=expected number (i.e., the mean) and C=probability of an event in counting numbers. Of course for the two different formats np=Z and r=C. When n is large and p (or 1-p) is small, the Poisson is an excellent approximation to the binomial distribution.

Why use Poisson distributions?

Simplicity is the major reason for use of the Poisson distribution.

When to use Poisson distributions?

Use the Poisson when an answer is needed quickly and the answer deals with counting terms.

Where to use Poisson distributions?

When you know the average number of events the Poisson is easy to use to find the probability of 1, 2, 3,...events occurring. 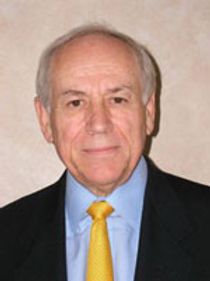