The Role of Machinery Protection Systems

In February 2008, a vibration analysis program for condition monitoring purposes was introduced at a cogeneration facility. This small facility consisted of only one gas turbine and generator assembly with associated support equipment. Discussions about which equipment should be included in the monthly vibration analysis program initially focused on just the support equipment since the gas turbine/generator had a machinery protection system “monitoring” its vibration amplitudes continuously. After some debate, it was finally decided that collecting the vibration data from the gas turbine and generator assembly with route-based analysis tools would not add to the monthly program cost. As such, it was incorporated into the facility’s monthly vibration services.

Vibration analysis data collected through the beginning of September 2011 showed no significant changes, with no notable repair items isolated. As part of the machine’s preventative maintenance schedule, a major inspection was started mid-September 2011. This procedure included the removal of the machine’s rotors and all bearing components for detailed inspections. After these inspections were completed, the machine was reassembled and put back into full operation at the end of December 2011. During the machine’s start-up, it was apparent to the vibration analysis group that there was a major difference in the #2 turbine bearing’s vibration amplitudes even though the machinery protection system did not have any alertor alarm event notifications.

The machinery protection system was set up to alert the user of vibration levels over 2.5 mils pk-pk and be in an alarm state if amplitudes were above 3 mils pk-pk. The historical vibration data showed amplitudes at this bearing position averaging .685 mils pk-pk, with an increase to 1.515 mils pk-pk after being put back into service in December 2011.

By reviewing the machine’s archived data snapshots, technicians were able to produce orbit-based animations for comparative operating deflection shape (ODS) analysis that included all the radial proximity probe data. These comparisons allowed for common scaling of all the bearing positions monitored, resulting in a visual representation of the turbine and generator shaft vibration amplitudes and phase relationships. This ODS analysis clearly showed the #2 turbine bearing’s relative increase in amplitude after the September 2011 major inspection and also indicated a phase relationship change across the turbine shaft.

As part of the predictive maintenance program’s guidelines for this facility, multi-channel transient vibration data was collected on this machine train during start-ups after all major or minor inspections. This data was used as a secondary check to determine the relative phase relationship shifts between the turbine shaft bearing positions. The data was normalized to only include the 60 Hz frequency for waveform analysis of the proximity probe data. This analysis showed that prior to the September 2011 major inspection, the turbine shaft measurements were found to be in phase with each other, with significant changes observed in relative phase after the inspection.

The final analysis of the system’s newly established vibration amplitudes, frequency distribution and phase reference data indicated the turbine shaft’s bearing alignment was not within specification after the September 2011 major inspection. This information was relayed to plant maintenance and operations personnel for consideration. An internal review of the turbine’s bearing inspection showed that the #2 turbine bearing housing was “adjusted” by the contractor who provided the major inspection services for the facility’s outage. This adjustment to the bearing housing’s horizontal position was isolated as the root cause for the increase in vibration amplitudes and phase changes noted for the machine after the September 2011 inspection.

Due to the facility’s projected run schedule and customer demand, it was determined that the machine’s vibration amplitudes and signature shifts could not warrant a system shutdown to incorporate the repairs necessary for returning the turbine’s bearing alignments back to within specification. By catching and isolating the cause for increased vibration levels in the #2 turbine bearing after the facility’s initial start-up, the plant’s reliability and maintenance departments were able to make accommodations for performing a precision bore alignment through the entire machine train at the next scheduled major inspection, which has a six to seven year periodicity.

Currently, this machine is still operating below all machinery protection system alert and alarmlevels, but is experiencing a slow increase in turbine #2’s bearing vibration amplitudes. The ongoing monitoring of this machine (e.g., machinery protection system, route-based vibration analysis and multi-channel transient vibration testing) will be used to track the defect’s severity over time to ultimately aid in determining if the next major inspection should be moved up to avoid a catastrophic failure of the turbine.

Machinery protection systems offer much needed protection for today’s turbomachinery by aiding in automatic machine shutdowns or providing plant operations with feedback on events occurring at the machine level that require immediate attention. However, these systems are not typically suitable as a sole means for predictive maintenance on a machine with regards to its reliability. Ideally, these machines need to have routine vibration analysis data collected on them by competent technicians who can detect faults in the system prior to events becoming detrimental to a machine’s health or affecting its reliability. 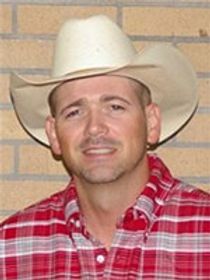 Allen Bailey is a Senior Test Engineer with IVC Technologies’ Advanced Engineering Group, working out of the Houston, Texas, area. Allen has over 20 years of industrial maintenance experience, with 15 of them in predictive maintenance / reliability technologies. He is a certified Level 3 vibration analyst who specializes in performing diagnostic testing in many industrial environments.