The State of America’s Transit Infrastructure

Earlier this year, there appeared to be a moment when Democrats and Republicans could agree on increased infrastructure funding. In his State of the Union address in early 2018, President Trump called on the United States Congress to produce a bill that generates at least $1.5 trillion in new infrastructure development.

President Trump said, “As we rebuild our industries, it is also time to rebuild our crumbling infrastructure.”Referencing the time it took to build the Empire State Building, the President asked both parties to come together to provide a “safe, fast, reliable and modern infrastructure that our economy needs and our people deserve.”After much public discussion on the importance of a dramatically increased investment, in March 2018, Congress passed a spending bill with only $21 billion for infrastructure.

Noting the “disgrace” for the length of time it takes to “build a simple road,” the President called on Congress to streamline the approval process to “no more than two years and perhaps even one.” As a follow-up, in April 2018, 14 U.S. federal agencies agreed to reduce the time needed for environmental reviews and permitting on major infrastructure projects. Trump also called for every federal dollar to be leveraged with state and local contributions, as well as private sector participation.

Ironically, on the morning after President Trump’s State of the Union speech, an Amtrak train filled with federal Republican lawmakers headed to a legislative retreat apparently hit a truck on the tracks and derailed.

It is these types of potential disasters that keep transit CEOs and their teams focused on keeping the nation’s public transportation systems running safely, efficiently, reliably and with world-class customer service.

When they are not working on getting positive train control (PTC) installed in their commuter trains, renegotiating labor contracts, or working on getting more funding, they are working on improving America’s aging transportation infrastructure. Lately, it seems not a month goes by without a disaster for some transit system whose subway tunnels flood or trains derail. While many systems have been adding new rail service over the last decade, too many have failed to maintain their infrastructure in a state of good repair. This is one of the reasons for the Federal Transit Administration’s (FTA’s) guidance in the Moving Ahead for Progress in the 21st Century (MAP-21) program, which requires better asset management.

Publicly elected officials are willing to sacrifice long-term system needs, such as mid-lifecycle overhauls of light rail vehicles or major track replacement, for a shiny new light rail extension to an airport. While they are listening to their constituents who want the system to serve new areas, this is often shortsighted when done at the expense of system safety upgrades. These elected officials often argue that ridership is declining because their system does not currently serve the needs of today’s commuting public, so the new rail line must be constructed.

Transit CEOs are working to educate their board members, mayors and council members on the importance of investment in state of good repair because they know that one significant safety issue can set a system back a decade in public trust. Without public trust, you can kiss increased ridership goodbye.

No one wants their system to have the next disaster, so transit CEOs are working to shift millions of dollars in their capital budgets to emphasize track and track exchange replacements, computer-aided dispatch and automated vehicle location (CAD/AVL) dispatch system upgrades and new or overhauled trains. They are also trying to find the balance between expanding their system and maintaining it adequately.

Paul Wiedefeld, CEO and GM of the Washington Metropolitan Area Transit Authority (WMATA) in Washington, D.C., is often described as the man with the “toughest job in Washington” as he labors to make repairs to a once glorious metro subway system that was the envy of the world.

Wiedefeld came to the job with a background in transit and aviation. He soon found that the rail infrastructure at WMATA needed significant work, which was highlighted in a series of well-publicized smoke/fire incidents. Wiedefeld developed a straightforward approach to assess and repair the tracks and called it the SafeTrack work plan.

Now past that phase of the WMATA metro upgrade, Wiedefeld says that state of good repair efforts need to be “incorporated into the design of a project from day one.” He continues, “Too often, it’s coming in after the fact. We should not wait until it comes to a crisis to staff and budget” for continuing maintenance and state of good repair work. He also says that CEOs should plan for equipment obsolescence right from the start.

WMATA had to institute restricted hours of service so formalized preventive maintenance programs could continue unabated. Wiedefeld encourages transit systems to get ahead of the curve on state of good repair issues so they can be proactive, not just reactive. He also reiterates a familiar theme that transit systems need to budget appropriately and recruit new staff to maintain new systems or rail lines as they come on line, incorporating maintenance as an ongoing expense.

In order to keep that cycle from occurring, solid enterprise asset management tracking and scoring is a must. Additionally, transit system CEOs and their boards of directors must prioritize state of good repair capital expenses in their annual and supplemental budgets.

Safety truly needs to be the #1 priority up front at every transit system. Public transportation leadership in America’s cities and the nation needs to put their money where their mouth is. 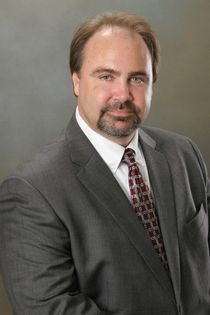 Paul Comfort is an expert on transportation infrastructure and transit trend. Paul was the former Administrator and CEO of the Maryland Transit Administration (MTA) and led a revolutionary change from a 50-year-old antiquated transit system to the world-class BaltimoreLink, an efficient, high-frequency, high-tech bus line. He is currently the Vice President of Business Development for the Trapeze Group. www.trapezegroup.com