The chief executive of a large state port authority had the reputation of being erratic. His inner circle was a revolving door of who was on “the list.” The line of “dead” consulting firms went out the door and into the parking lot. When it was another consulting firm’s turn to step into the limelight of a big capital renewal and replacement program, the consultant did not have a good answer when one of its executive leaders asked, “Is this a good thing or a bad thing?”

The consultant quickly studied the recent major capital investment programs since the chief executive took over a few years earlier. He watched as his teams began compiling the maintenance histories, condition assessments, and replacement values of all the assets under consideration for the new capital program. After two months, the consulting firm was ahead of its six-month schedule for this task.

Then it happened – almost three months to the day from the point when the consultant firm started the data review and collection. The chief executive of the port authority walked in unannounced, quickly told everyone that he had enough information, and that it was time to move to the next step. Little explanation, little warning, and a whole lot of silence while his and the consulting firm’s staffs formulated a reaction.

Pushed by an Operations Mentality

Strategic decision-making becomes the dominant paradigm when the long-time operations manager elevates into an executive role. Asset management decisions, which involve data, models and a long view, fall into the strategic decision-making classification. Here, a single decision may take months or years to make. Complexity and uncertainty are the norms. There is a strong potential for unintended consequences.

Most new executives struggle with role transition from an operational to a strategic decision maker. Many executives never do. Years of conditioning create a false value perception that only rapid-fire decision-making is accomplishing something. The pressure is building because the clock is ticking. Making a decision, even a haphazard one, provides some short-term relief.

Pulled by a Desire to Do No Harm

Most everyone’s work lives are full of executives who wish to be viewed as the "kind executive," the "benevolent volunteer," or the "good friend." In fact, most humans work hard to avoid the feelings of guilt associated with the impacts of a bad decision on themselves or those around them.

The trouble with big decisions, including asset management decisions, is that they are game changers in the short term and the long term. Business processes change, the way people work together changes, and the organizational culture changes. The potential for unintended consequences is ever-present.

Figure 1: "Do No Harm" is one of the two factors creating the push and pull in asset decision-making (Source: JD Solomon)

A mistake can be bad for an executive’s career and the human desire to “do no harm” is instinctively strong. The executive avoids making a big decision, at least until the situation becomes an emergency or their internal “operations clock” runs out.

No one in the room bucked the chief executive at the state port authority. The consulting firm’s team worked hard to build some on-ramps and off-ramps into the project delivery process, anticipating the chief executive's need to revisit some of his decisions. Nevertheless, the pattern repeated itself every 90 days, just like clockwork. The project got done (albeit not as well as it should have), the teams survived it, and everyone lived to fight another day.

But there is a very valuable asset management lesson to learn from the experience: Remember the push and the pull when working through asset management decision-making. In most cases, the decisions are not as inconsistent or irrational as they seem to be. The solution lies in your ability to work into your approaches the realities of making big decisions, rather than trying to change those realities. 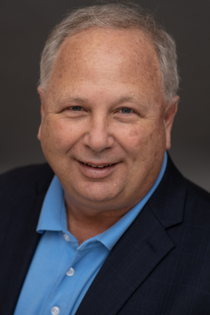 JD Solomon, PE, CRE, CMRP, is the founder of JD Solomon, Inc, a company focused on project development, asset management, and facilitation for facilities, infrastructure, and the environment. His technical expertise includes probabilistic analysis, root cause analysis, risk management, and systems engineering. JD's past senior leadership roles include Vice President at two Fortune 500 companies, Town Manager for a unit of local government, and Chairman of a state environmental rulemaking commission. JD is the author of the book “Communicating Reliability, Risk, and Resiliency to Decision Makers: Getting Your Boss’s Boss to Understand.” His new book, “Communicating with FINESSE,” will be released in the Fall of 2022. JD’s education and technical credentials include a BS In Civil Engineering, an MBA from the University of South Carolina, and a professional certificate in Strategic Decisions and Risk Management from Stanford University. www.jdsolomoninc.com