Driving operational excellence is one key goal for every asset industry site. Manufacturers want to meet customer expectations and have sustainable improvements in the performance of their assets. In order for companies to achieve optimum performance, they create vision statements and mission statements supported by goals and objectives. To reach these goals, companies must challenge the status quo, which begins with clearly redefining roles and responsibilities for all levels of the organization. Everyone must understand their role in order for the whole team to deliver on the promises being made. Only by setting referenced expectations and describing the best practice for each position can a site reach its full potential. This article demonstrates how an organization can lay this foundation of expectations to improve upon the currently confusing conditions in which people understand their responsibilities.

To understand what it means to challenge the status quo, consider an example taken from the offshore gas production industry for the task of managing the unconstrained potential of a gas producing well. There are four groups of site employees who all believe their position plays a role in defining the absolute best possibilities of the well: the geologists, the performance engineers, operations and sales. What was the impact or consequence of these misaligned responsibilities? Each group was unsure as to where one department’s responsibilities ended and another began. To challenge and improve this chaotic norm, the organization had to clearly redefine these four positions.

This redefinition process informed every employee of their intended role, how their tasks fit together with their coworkers and what the expectations were. To accomplish this, the site executed several workshops with key stakeholders to create and agree upon a responsibility assignment matrix (RACI). This chart included all activities involved in operating and enhancing the well’s performance for its entire lifecycle. The RACI provided a shared vision and set of expectations for everyone in order to ensure the site could be managed more efficiently without any unnecessary and costly confusion.

No one department should stand out or stand alone in the process, even though this is often the case. All departments must work in unison to achieve higher levels of success. This is where the RACI comes into the picture.

Geologists are the only employees who will appropriately determine a well’s unconstrained potential. It is the role of the site geologist to review all the data related to existing and new wells and define the potential for production within them. This task does not consider any operating constraints that may exist, but rather focuses on production possibilities. This foresight geologists provide is not likely to be successful if it does not include the knowledge of potential pitfalls projected by the performance engineers.

Performance Engineers define the constraints for reaching the prospects detailed by the geologists. Once the performance engineers have defined the limitations, they are responsible for overcoming these restrictions. This group of employees proposes and designs development projects and provides detailed instructions for the operations department, which will implement the plans.

Sales is in charge of offering customers a realistic expectation of what will be produced on a quarterly, monthly, weekly and daily basis. Sales personnel utilize all the information provided from each entity to make an informed decision on consumer commitments. They are also accountable for maximizing profitability by reducing the penalties for underproducing and revenue loss for overproducing.

Once the key stakeholders have agreed to all the details of the RACI, the process of communicating the new expectations takes place. Trial and error methods have proved that the best way to do this is through a structured workshop. In the case of the offshore gas production facility, the entire organization understood and recognized the changes, thanks to a series of explanatory workshops. Each workshop included geologists, performance engineers, operations and sales personal. In fact, personnel from all the departments within the organization attended the meetings, even if they were not directly affected by the content.

By utilizing a workshop approach, not only were the roles and responsibilities clarified, but each person participating in the workshop understood the “why” behind the assigned expectations. This challenges the status quo on a number of levels, not only by allowing all employees to know what is going on, but to make all employees feel significant to the process.

After this implementation process, the site had to develop a way to make sure everyone stayed in their lane for future well development and to track the project’s success. A method for managing compliance to the revised roles and responsibilities was developed to ensure the organization continued to follow the new plans. The site implemented a series of follow-up meetings and designed key performance indicators (KPIs) to ensure the revised process was followed. As soon as any divergence from the new roles and responsibilities occurred, the issues were quickly acknowledged and addressed.

Prior to revising the site employees’ roles, responsibilities and expectations, employees were only following what they personally believed would be best for the organization and often felt confused and unappreciated when mistakes and miscommunications occurred. The lack of clarity and alignment led to decreased profits because production targets were set lower than actual possibilities. By challenging the existing conditions, this organization was able to increase profits by three percent and increase the standard of work produced by all employees.

So, how can you challenge the status quo? 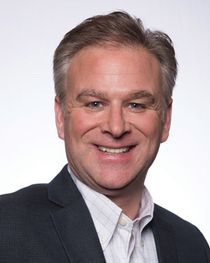 Mark Rigdon is a manager at T.A. Cook Consultants. With over 17 years of consulting experience, and having worked on projects across a range of different industries, Mark is currently dedicated to the asset intensive refining and petrochemicals industries. He has provided leadership on client projects focused on turnaround excellence, maintenance work order/process improvements and OEE. www.tacook.com/en