While the COVID-19 pandemic is tragic for many people, it also could be used as a teaching opportunity to demonstrate the utilization of formal root cause analysis (RCA) for proper identification of its cause(s).

Currently, officials disagree on how to count the victims, with some saying the deaths occurred due to the virus, while others state with the virus. Among other things, this controversy is demonstrating a lack of familiarity with the structure of analysis, thus resulting in misunderstandings and confusion. In actuality, neither the due to nor with approach is effective. The question itself should be put in a different way. Applying one of many root cause analysis structural approaches may rectify the issue.

To start, let’s establish some ground principles. First, you don’t analyze multiple, even similar, cases. Instead, you consider a specific unique failure event as it has occurred. By analyzing each of many similar cases, you may eventually be able to develop a troubleshooting guide, but this is a topic for a later time. Secondly, note that the analyst may not necessarily be a professional in the field of the event he/she is analyzing – in this case a medical professional. Rather, the analyst is a person who possesses knowledge in the RCA method while utilizing the expertise of a professional in the field.

This statement gives the analyst something to work with, but it is poorly structured for determining the root cause and is lacking some important information. The job of the analyst is to discover more cause-and-effect relationships. As a side note, pay attention to the very definition of the term, “root cause,” as it varies between authors. Some view it as the cause which, if corrected in a most economical way, would have eliminated the failure, regardless of how far from the failure event it is in the chain of causes diagram. Others, myself included, prefer to view root cause as the one farthest away from the failure event/problem statement which, if corrected, would have eliminated this failure. This difference, however, is an issue of definition and won’t affect this analysis.

Medical science provides additional general information that the analyst can utilize for the specific event, even if direct evidence data isn’t always available: “People with diabetes are more susceptible to developing infections, as high blood sugar levels weaken the patient's immune system defenses. The tests used to diagnose an immune system disorder include a blood test, which can determine if the patient has normal levels of infection-fighting proteins (immunoglobulin) in the blood.” (High sugar in the blood has additional detrimental effects on the heart, neural system, etc., but won’t be included for simplicity purposes.)

The stated information, some of which is assumed to be actually in effect, contains some elements of causal relationships, but it is still hard to point out the cause(s) of death. Hopefully, everything will be clarified after putting together a causal relationship diagram. The first attempt in creating a cause-and-effect diagram, like the one in Figure 1, seems to be rather primitive and hardly satisfactory, so a more elaborate one will be made.

General premises for constructing a cause-and-effect diagram are rather simple:

In a logical diagram, a cause assumes a binary value: YES or NO, 1 or 0, TRUE or FALSE. A cause is connected to another cause by a logical operator, AND. But in some cases, like this one, some of the causes possess continuous or analog values – diabetes and inflammation could be of various severities. Therefore, you must make the wording of a cause such that it becomes binary. This is not a trick or invalid action. You are rather obligated to do so due to the binary nature of a cause-and-effect diagram. Typically, it is done by comparing the actual continuous value with a recommended or standard one. Either of the binary values of the causes being compared are TRUE in this case. By following an AND logic true table, if at least one cause assumes FALSE value, then the result – the problem statement – is also FALSE. For instance, if you could have eliminated diabetes, then according to the logic, death would not have occurred or it would have an assumed value FALSE. An ordinary person may think of this as being incorrect, and he/she may have a point – in real life, eliminating one of the causes may not always eliminate a problem.

Their reasoning goes like this: Even without diabetes, the person could have died, depending on the level of virus severity. That means assigning a binary value to the “virus” cause may not be reasonable as it may have various severity levels and will affect a human body accordingly, namely, low severity infection may not result in death, whereas more severe may. While that is true, keep in mind that RCA analyzes events as they have occurred and not how they could have potentially occurred. This death was triggered by having both – the virus and diabetes. One simply cannot say what would have occurred without diabetes because it is unknown in this case. What is unclear from the diagram and the medical science is what portion of the inflammation covering 70 percent of the lung’s surface area was contributed by each individual cause – the virus and diabetes, quantitatively. The same is true regarding how much inflammation quantitatively was cured by the medication, even if it was clearly insufficient. So, this type of information is qualitative by nature, but it is, however, a part of the Boolean diagram. This is a common, awkward situation in a cause analysis. It is beneficial to possess information on continuous values, but it may not be always available. The diagram, however, is still valid and corrective actions still could be developed.

Digging deeper to find the causes for the diabetes, how the virus was contracted, or why medications were ineffective is not the goal of this article. Rather, the goal is to answer the question as to whether death occurred “due to” the virus or “with” the virus. As demonstrated, this article claims that this is an incorrect way of posing a question. The correct way is as follows: Several conditions/causes have occurred to become responsible for the patient’s death by taking place at the same time and space. What would have happened under different circumstances is not known. Again, in a non-professional, casual conversation, people may say that if the patient did not have diabetes, he would have survived the virus infection. Again, it is important to note that this is an improper way of causal thinking. The truth consists of the fact that all conditions (refer to Figure 2 diagram) have occurred in this particular case (all are TRUE), even though there may be known other occurrences when death had occurred without diabetes. One does not know what would have happened under different circumstances or patients, especially in cases where severity is a consideration. One can only claim that in order to reduce probability of death in the future, eliminating a virus contraction environment, removing other conditions, such as diabetes, and applying effective medications are all plausible solutions. To claim that one correction measure will fix the problem would be irresponsible. 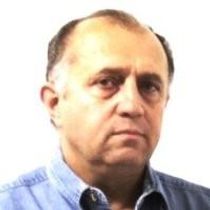 David Gluzman has extensive experience in Equipment Predictive Maintenance and Reliability field and worked in technical managerial positions. He is Certified Reliability Engineer, Level IV Vibration Analyst, Lubrication Analyst, and specialist in many other predictive technologies.