The Beginnings of a Joint Venture

In 2007, the number three worldwide steel maker decided to build a steel mill in the southern United States. Calvert, Alabama , a small town just north of Mobile, was selected. Located on over 1,500 acres, the facility contains a wide range of state-of-the-art steel finishing technologies for processing raw steel into refined products used in industrial and commercial applications. The facility was designed to supply the automotive, pipe, appliance, construction and energy sectors. After construction, commissioning and only four short years of production, this 2.8 million square foot facility was offered for sale. Containing hot strip and cold rolling mills, plus four separate lines for galvanizing and annealing, the facility had a lot to offer. Enter ArcelorMittal and Nippon Steel, the number one and two worldwide steel producers.

The joint venture, now known as AM/NS Calvert, was born during the purchase transaction and has been transforming the industry ever since. (Both ArcelorMittal and Nippon Steel continue to operate as separate companies, as well.) AM/NS Calvert's management and staff are truly diversified and include Japanese, Canadian, Belgium and Brazilian industry experts, as well as those new to the steel industry . Having inherited many preexisting business systems and contracts, the stage was set for a rebirth.

A true brownfield lay before this new and talented team and most employees had viewed this challenge as one worth facing. Beginning with the computerized maintenance management system (CMMS), the maintenance reliability teams undertook the tasks of maintenance work management. The data entry had been poor and the internal business management practices lacked structure. There were little to no standards or templates for work orders or notifications, and the SAP financial management component was not fully connected. Maintenance work had more of a true paper trail than that of an electronic one.

Systematically, the new maintenance reliability leaders, reliability engineers, project managers and planners began to make progress. An asset reliability process (ARP) was born. This new process, by design, provided for consistent and repeatable work execution. Daily production and maintenance meetings set the stage for daily workflows, and notable improvements have been felt in every department. The working ratios (i.e., uptime) of each mill have seen improvement, cost reductions have been experienced and more realistic budget forecasts are occurring. As for safety, the mill was awarded a 2019 Operational Excellence Achievement Award by the National Safety Council.

"By thinking outside the box, innovation began to take shape in the form of drone inspections"

The Future Is Now

As with all brownfields, creating a stable base sets the stage for higher performance. With one of the newest and most advanced steel mills in America, the technology team began to challenge the status quo. By thinking outside the box, innovation began to take shape in the form of drone inspections. Drones purchased in 2015 by the IT department had begun finding their use with facility and grounds mapping, roof inspections and security perimeter patrols. But what about the assets? Would it be possible to perform drone visual inspections on high value, critical assets that produce world-class steel?

Enter ArcelorMittal Learning Week 2018, a global annual event that promotes an atmosphere of learning, development and training. A slot was developed during this l earning w eek where the drone program could gain some visibility . A simple presentation, coupled with in-room, hi-bay drone flights, made the site audience aware of these instruments and their potential applications. An offer was made to the workforce: "If you know of anything that we can help you with, just let us know." Apparently, the wheels began to turn in the bright minds of the plant resources support staff because requests for drone inspections began to come in.

At first, there were e-mails and great phone calls, but these were hard to manage. Additionally, events were not in a central record system, thereby becoming difficult to quantify. With the increase in activity, it was clear that it was time to reset the approach.

In August 2018, the AM/NS Calvert Drone Team was formed, co-chaired by the IT area manager and senior reliability engineer. They, along with the help of a bright and talented associate engineering support staff, began to develop a drone maintenance interface plan. This plan would go on to take the shape of a simple, eight-page guiding principles document and become the foundation in performance of asset inspections. Proof of concepts ( POCs) served to validate the potential inspection and were performed by the drone team and area technical specialists. Once validated, the inspection then became a reoccurring drone inspection. Each mill began to recognize and value the cost savings, the time savings and the reduction of worker exposure to hazardous tasks that these devices provide. Inspections rapidly increased and there seemed to be no end in sight. Meetings were ongoing and POCs continued to make it into standard work. Standard work instructions using a drone template in SAP provided stable work and trustworthy reporting, while the drone inspection program manual guided utilization.

Recent stack inspections performed after periodic cleanings revealed the presence of internal rusting. Without the drone, this would have gone undetected. Reoccurring stack inspections based on these results will now become a drone standard.

Additionally, furnace inspections during outages by drone have uncovered deformed radiant tubes, which become a scheduled repair. If inspected manually, the time and costs associated would be four times as much.

Outdoor crane structural inspections are in development and will be set on a reoccurring cycle. By design, these inspections provide confidence to the asset managers and logistics teams that the cranes are safe to operate.

A quality issue traced back to the roughing mill will join the inspection list. Turns out debris fell onto the strip during the operation, leading to a quality defect. Now, during downtime windows, the drones will perform visuals.

It seems that future applications are limitless, as the bright and talented team continues their efforts. They plan to keep the ball rolling or, more exactly, the drone flying, to further advance the tools, technology and techniques of today.

AM/NS Calvert is set to become the prettiest steel-making brownfield in the world. 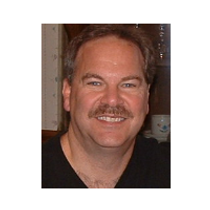 Mark Atchison, CRL, is Senior Reliability Engineer He has worked in the world of industrial maintenance for over 10 years. Florian has discovered working for ArcelorMittal and Nippon Steel in Calvert, Alabama. After a 25-year career with General Motors, primarily at the Saturn Corporation, Mark joined Amazon and developed the reliability-centered maintenance (RCM) program for fulfillment centers across the network, which is still a successful program that is in place today.