Another Notre Dame Incident? Exploring Awareness as a Safety Behavior to Increase Productivity

On April 15, 2019, the world watched as the Notre Dame Cathedral in Paris, France, burned. Immediately, the news media broadcasted everywhere, and after hours and days of continuous investigations, it was learned that some of the possible causes of the fire were ashes or sparks from people smoking and/or hot work being performing by one of the renovation companies working on the roof of the cathedral. The fire consumed the 13th century masterpiece’s oak roof in a matter of minutes.

It is evident that a lack of safety was at the heart of the suspected causes. For many years, safety has been the love-hate element in the work execution field for both work crews and management. While management openly expresses during meetings and report outs to have safety as the first thing in their daily operations, they resent acknowledging conflicts in implementing an effective safety culture in their daily operations. Often, they justify conflicts in their operations organization with reasons like, employees have busy work schedules, there’s not enough bandwidth, or there’s a lack of resources to delegate a few minutes or hours to do more on improving daily work controls.

As with the Notre Dame Cathedral, some of the engineering applications to restore the standard operating condition of an asset could easily date back to past centuries. For example, a cable splicer performs the same operation that has been invariably repeated since it was created in the late 1800s. The engineer warms up the dielectric oil and melts the lead, passing the melting pot up and down the ladders. Hot metal pours down on the cable splicer chamber a few inches away from the cable slicer’s body. The cable slicer handles the still hot malleable lead with a piece of natural fiber rag covering his hands to isolate a 480V secondary cable from the energized grid. Working while surrounded by countless hazards is perhaps one of the riskiest professions, but also requires immense skill and safety measures.

A walk-around the operations of just about any facility almost always reveals a propagation of unsafe conditions, as well as unsafe acts performed by some of the crew members. The working areas are crowded, creating a high potential for serious injuries and near misses. A good number of unsafe conditions exist from past jobs performed in an area or objects of all natures are left behind. Other unsafe conditions and acts are the result of a lack of knowledge among the crews in implementing safety control measures.

Incorrectly implemented or a complete lack of safety measures is an accident waiting to happen. The low complexity of the job or just plain luck is most likely why more injuries do not happen daily.

Not long ago, a contractor crew member got electrocuted inside a vault on a primary and secondary cable cutting operation to replace an end-of-life transformer. Following the incident, corporate requested to have active supervision from both ends of the de-energizing operation, one at the cutting switch and one at the vault, communicating via cell phones when the power was shut down and went back up.

When questioned, most crew members are aware of existing safety threats. They either are not aware of them or do not care too much about them. Transformers not properly locked out or tagged out are a typical example. When the crew lead was asked what was inside the transformer, a straight answer was not forthcoming. It appeared this crew was more inclined to do mechanical repairs than electrical repairs on high voltage equipment. The lack of knowledge of the surrounding conditions in the presence of existing, unidentified hazards was the perfect recipe for another Notre Dame incident.

"For many years, safety has been the love-hate element in the work execution field for both work crews and management"

Fixed mindsets contribute unfavorably toward the safety of labor and the preservation of the asset. A common attitude is: “We have been doing this operation this way for more than a century now. If some engineer comes and tells us how to do it differently, we would listen. But, for the most part, this job has not changed since the old days.” How does one argue with such a fixed mindset? The standard operating procedure (SOP) to replace the piece of equipment may not have changed much since the late 1800s, but, and this is a very strong but, the surrounding conditions and the people performing the jobs have invariably changed.

Without a doubt, a complacent state of mind is part of the problem when disconnecting safety as a separate animal from the core steps of the operation. For example, fulfilling a mandatory OSHA requirement, such as the job hazard analysis, and later throwing the form inside a truck, not consciously thinking about the always changing hazardous working conditions. Like in the Notre Dame Cathedral incident, each repair operation was, in isolation, a low complexity and highly repetitive exercise. Erecting scaffolds have been done a million times by skillful crews. Some contractor companies even specialize in erecting scaffolds only for historical buildings. Yet, the fixed mentality that tells the brain that things are the same way now as they were before blocks the awareness required from an individual in identifying and assessing changes inside and outside their areas of control.

What makes it worse is the ripple effect of the teachings from more experienced technicians that filter down to journeymen and apprentices. The new hazards – for instance smoking while fixing a roof or leaving objects behind between maintenance jobs – become part of the “new normal” day. This new generation of professionals are learning every day from the new normal daily practices.

In one analysis, in almost every operation, crews struggled to get the job done as it was originally planned. Fifty-one percent of the time, crews spent performing their low complexity, highly repetitive jobs were on nonproductive time (NPT) steps. Nine percent of the NPT observed during this analysis responded to rework. Rework refers to errors and omissions done by the crew while performing a job, forcing to repeat SOP tasks more than once. Frequently observed common reasons for rework is systemic and behavioral problems, such as poor planning and complacency. Traveling back and forth moving and chasing materials, tools and support equipment more than reasonably expected added 15 percent of their wasted time. Since the only time supervisors were present was when the power had to be shut off and brought back on, the junior crew members were either idle or simply waiting for new directions, which added 27 percent to delays in a normal day.

In summary, another Notre Dame Cathedral incident is possible. In fact, it has been in almost every company’s field level operation, away from the eyes of active supervision and leadership. Such incidents are closer to the fixed mentality of the many crew leads and frontline influencers when they say, “This is the way it has always been,” and closer still to one’s human nature that becomes complacent with the ever-changing work conditions and completely tolerable of the "new normal" day. 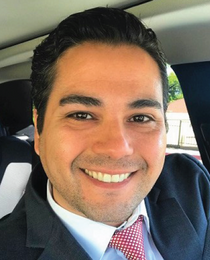 Juan Garcia, is a well-versed professional with post graduate education in engineering and business management. Juan has worked in the Americas for Fortune 500 corporations as an external advisor in organizational change management and program and project management for more than 17 years. www.impactaconsulting.com