The basis for our approach originated in DuPont in the late 1980s. Faced with a decentralization of their maintenance department, DuPont was interested in how to sustain their functional excellence in maintenance. DuPont, normally an inwardly focused company, did something fairly unusual at the time. They engaged A.T. Kearney to benchmark their performance against the "best-of-the-best" in the U.S., Europe and Asia (Figure 1). DuPont found that they didn't need to worry about losing functional excellence because they did not have it to begin with. The most dramatic difference in performance was with the Japanese who had much lower costs with greater reliability and lower stores inventory.

Up to this point, the focus of the benchmarks had largely been on the maintenance function and maintenance cost. Statistical analysis of the benchmarking data seemed to indicate that just a few variables in the benchmarks accounted for almost all of the variation in performance, but all of these variables were fundamentally cost variables. The implication of this analysis was: focus on cost reductions to achieve "best-of-the-best" performance. However, the benchmarking team who had participated in the site visits during the benchmarking knew that the best performers did not focus on cost much at all. They had a suspicion that these improved cost factors were the result of good maintenance and not the cause, so they began to dig more deeply into the structure of reliability.

DuPont decided to use System Dynamics Modeling to better understand the structure of reliability. System Dynamics is a discipline that came out of MIT in the 1960s and was created by Jay Forrester in 1961. It has gained popularity in the last twenty years with the publication of The Fifth Discipline by Peter Senge (1990), and the introduction of easier to use computer modeling tools. System Dynamics Modeling focuses on discovering and articulating the underlying structure of a system, and then looks for key leverage points to change the system. Instead of simply showing a snapshot of what performance might look like at the end of the journey, like a benchmark does, it shows the journey itself.

What DuPont discovered through this effort was that maintenance and reliability could best be described as a process of defect management. A simplified view of this "mental model" is presented in Figure 2.

We define a defect as "any deviation from perfection" to avoid long arguments about whether a scratch 1" long or 2" long is a defect. By this definition, all equipment has defects; it is just a matter of degree. Defects can come from several sources, discussed in detail later, and the greater the level of defects, the more reliability problems the site will have. Defects are removed through maintenance work either reactively once the equipment fails, or proactively through Preventive or Predictive Maintenance. Through this effort it became apparent that the "best-of-the-best" in the U.S. and Europe achieved their results primarily by removing defects more efficiently through better planning, scheduling, skills in their tradesmen, and predictive technologies. DuPont discovered that it was critical that these things be done in a coordinated manner and not just one program at a time. What was interesting was that the "best-of-the-best" in Japan did not simply have a souped-up version of these higher efficiency techniques. They had a fundamentally different approach; they removed the defects early in their life or avoided putting defects in the equipment in the first place which eliminated the work that came with these defects.

The Sources of Defects

To eliminate defects it is important to understand where they come from. Figure 3 shows the five major sources of defects.

A traditional maintenance focused, technical approach to reliability will focus on the first three sources through preventive maintenance, predictive technologies, vendor audits, parts inspections and skills training, but will typically ignore the last two sources. When you focus on limiting all of the sources of defects as well as eliminating the defects currently in your system, the performance improvement can be dramatic. More recently, the Lima Refinery taught us that the best philosophy was to incorporate defect elimination into the regular work of maintenance, operations, design and purchasing. They named this philosophy "Don't Just Fix It, Improve It," which is the name of our book on defect elimination.

Winston Ledet is a leading consultant and internationally known workshop instructor on proactive manufacturing and maintenance. He has 27 years of experience with E. I. DuPont de Nemours serving in a variety of assignments. He is one of the creators of The Manufacturing Game® as part of his work at DuPont. Winston formed his own consulting firm in 1993, Ledet Enterprises, Inc., using The Manufacturing Game® to help drive improvement efforts in process industries as well as discreet part manufacturing sites. 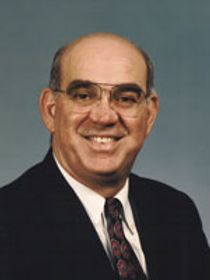