How the Quest for Better Pumps Came to (Almost) Nothing: Part 2

Part 1 in the June/July 2019 Uptime issue closed with the experience-based statement that failure risk can escalate by certain specification practices, including some contained in API 610. Without going into the many possible reasons for bearing life reductions, the quest for better bearings in upgraded process pumps elicits several observations that should be considered when preparing a modern pump specification.

As mentioned at the outset in Part 1, pump life extensions and component improvements can come from better specifications, more careful engineering and better dissemination or presentation of relevant data. It is in these areas where closer cooperation between user, contractor, pump manufacturer and component suppliers (e.g., bearings, seals, couplings) could prove highly advantageous to all parties.

The upgraded medium duty (UMD) bearing housing shown in Figure 1 incorporates the various bearing-related features that have been discussed in the years since 1979, including:

A pump distributor, who had just retired, decided to attend a well-known pump conference just one more time. His observations tied in with a tutorial on better pumps and seals for hydrofluoric acid (HF) services. His candor was truly refreshing. Here are his sentiments, with a few names changed in his directly quoted narrative. He wrote:

“Your visit to the Vendor X booth last Wednesday was a real treat for me. I very much enjoyed visiting with you and was interested in your work concerning optimized lubrication of pump power ends.

“With absolutely no intention of ‘blowing smoke’ as my pump industry career winds down, I have little to gain by foolish or deceptive talk; now, I just say what I mean. I would like to say how much I have admired your efforts to improve the operating performance of rotating machinery used in the energy industry. I watched (from a distance) as you attempted to improve the reliability of ANSI B73 pumps.

“During the years that you worked on pump specification upgrades, which led to the proposed UMD pump classification, I was the regional representative for both Vendor X and a centrifugal pump company.

“I became a strong supporter of the UMD classification and sold several UMD pumps. As you of course recall, you collaborated freely with the vice president of the centrifugal pump company.

“My favorite UMD sale was to a southwestern refinery. As I remember, it was a fairly big pump, possibly a 4 x 6 medium process duty pump with a mechanical seal. It was made of 100 percent Monel metal, which is needed for concentrated hydrofluoric acid (HF) service.

“The pump ran for more than three years completely trouble free, at which time a small leak developed at the mechanical seal. The year was 1991 and with unforgivable lack of forethought, compounded by four or five erroneous assumptions, the lead maintenance man, with about 10 assistants standing by, began to remove the back cover without blocking in the pump and draining the residual HF. As I recall, the cover had 16 bolts.

“In what might be called a machine’s final attempt to avoid disaster, and thanks to its well-engineered O-ring placement, the pump did not immediately leak HF. By now, 13 cover bolts had been removed to speed up replacement of the pull-out assembly or to make a quick repair. When one of the last three cover bolts was loosened, a torrent of HF poured out. Two mechanics died painful deaths and five men were badly burned. The owner of the refinery was sued. Until the full details were discovered, the pump company and I were threatened with legal action. Comments such as: ‘The pump didn’t even meet API 610’ were frequently heard. After the dust (and the HF) settled, the refinery acknowledged full responsibility. The pump company and I, the seller, never even heard from the trial lawyers. The pump, although UMD and not API 610, was fully exonerated and many of its design features complimented. I still think the HF disaster was unfairly used to discourage use of the UMD specification.

“Well, that’s my story and I’m sticking to it, as the saying goes. Pioneers like you are up against the big boys and their vested interest of selling junk, since they make a good living doing so. I sometimes think a few honest engineers are just tilting at windmills, as the Don Quixote expression goes, as they go up against ‘Big Money’ looking to maintain their cash flow.

“Best wishes in your campaign to improve power end lubrication. From the very little that I know about lubrication, you have the facts on your side and the big pump manufacturers have the money (and lawyers) on theirs. I wish you well, my friend.”

The president of the company previously identified as “Vendor X” promised to get his engineers involved in looking at the cost of developing a particularly promising pump lubricant application method. To date, there are no progress updates. He made an offer to provide cost versus benefit information in tutorial format at the next conference; it was met with lukewarm approval by the reviewers who evidently have their own agendas. So, rather than trying to teach the unteachable, it’s more desirable to discuss superior lubrication methods with innovative user-professionals. There is no gain in continuing with futile efforts to convince vendors to build better pumps or pumps that fail less frequently. Instead, the goal is to publish upgraded topics and highlight cost justified opportunities in publications and materials that will potentially reach receptive audiences.

And that’s where the story ends. Were it not for enjoying the centrifugal pump’s decades of success, those involved could look back at years of tilting at windmills. Not even Don Quixote spent that much time on a task! 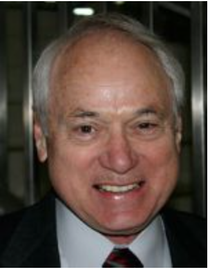