The Great Disconnect: Americans Don’t Understand Modern Manufacturing and They Should

Many Americans believe that American manufacturing is a relic of the past, rusting abandoned profession where weary men and women drudge through the day performing a single task for hours on end.

But, experts on modern plant floor operations have seen firsthand how wrong that perception is. Modern manufacturing is a dynamic profession where tech savvy workers are actively engaged in complex problems, free to innovate solutions, and they are highly compensated. Yet, there is a shortage of workers.

To better understand why the misconceptions persist or who’s to blame for the ongoing shortage of skilled manufacturing workers, a nationwide survey was initiated by Leading2Lean. Its purpose was to determine why what is being witnessed on the 21st century plant floor is so positive, yet so much of what is being heard about it is so negative.

Engine Insights was commissioned to conduct the nationwide survey at a 95 percent confidence level to address this great disconnect. Over 1,000 respondents who are representative of U.S. demographics took part in the survey.

The results are both surprising and revealing. Not only are the responses telling of Americans’ attitudes toward manufacturing, but the generational differences between the responses are equally insightful.

One of the ways to measure industry growth is through the number of available jobs. According to recent data from the Manufacturing Institute, in the next decade, approximately 3.5 million manufacturing jobs will need to be filled, yet 2 million of these jobs will go unfilled. 1

Interestingly, 58 percent of Americans believe the number of manufacturing jobs is declining. This highlights the misconception that there are fewer jobs, when, in reality, there are millions that will go unfilled.

Those who work in modern plant floor operations see the intrigue, complexity and creativity in their work. But, the industry hasn’t done a great job of sharing this with the rest of the world, particularly the younger generation. And it shows.

Modern manufacturing is a dynamic profession

Many young people are also unaware that manufacturing pays well. According to the U.S. Bureau of Labor Statistics, the average annual salary for manufacturing production and nonsupervisory employees in 2018 was $44,595.20, or $21.44 per hour. 2 That is almost three times the federal minimum wage, which is currently $7.25 per hour.

Most Americans would be surprised that manufacturing offers such competitive pay and compensation. They would be shocked by the real nature of the work manufacturing employees perform. And, they would be floored by how modern, clean and advanced the factories really are.

Members of the manufacturing industry have an opportunity to shift how Americans view their industry by changing the narrative. They must become purveyors of relevant research, statistics and information. They must rise to the challenge and meet young people where they’re at. Utilizing schools, universities, websites, scholarships and social media effectively and responsibly are all key here.

In truth, the future of the industry depends on the next generation. The industry is at risk as young people continue to select other career paths because they do not see manufacturing as being a viable, long-term career. They may think the industry is going to be taken over by robots, leaving no jobs for humans, as 54 percent of millennials indicated in the Engine Insights survey. These millennials believe robots, artificial intelligence (AI) and machines will replace all manufacturing jobs in the U.S., compared to 50 percent of Generation Xers and 47 percent of baby boomers. But, this isn’t the case either. As seen with technology innovative auto manufacturers and other modern case studies, human creativity and problem-solving are essential for robots to be effective.

Let it sink in a bit. There is a shortage of skilled workers in a dynamic industry that’s vital to the American economy. Manufacturing has a bad reputation, but the reputation is at odds with the facts.

So, there needs to be a change in perception. But, it’s not going to be a single survey or a single company that is going to turn the industry’s image around. Everyone connected to the industry needs to come together to promote the opportunities and importance of manufacturing. Major manufacturers, suppliers, regulators and executives need to constantly reinforce all that’s good about their industry. Together, they can change the narrative.

It’s time to show the world that manufacturing is growing, that the industry is driven by innovation and technology, and that great jobs are available today. If this is done, it will secure the future of the manufacturing industry for future generations.

To learn more about the survey, please visit: https://www.l2l.com/leading2lean-manufacturing-index 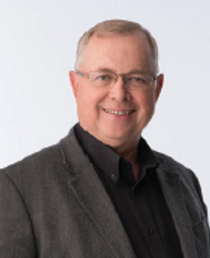 Keith Barr, is an experienced and informed authority on the challenges and changes currently impacting the manufacturing industry. Keith has worked in maintenance and logistics, CRM, IT Service Management, cloud-based solutions and product development with companies such as Ivanti, Echopass, Sento and Sykes. www.leading2lean.com