The Human Factor in Asset Management

In the pharmaceutical industry, for instance, product safety is a major concern. In the food industry, there is the balance between availability and cost. In the automotive industry, uptime and productivity are key. So, while the principles and building blocks of excellence exercises are based on the same strategy, such as the Uptime ® Elements, brilliant asset management (BAM) model©, etc., the goals vary from industry to industry.

Another important element is the maturity of the processes in place. The pharmaceutical industry and the nuclear industry are the farthest behind. This is mainly because every change in the production process takes a lot of time due to the in-depth validation process. Taking that into account, changes are discouraged and often aren’t feasible.

So, one needs to adapt the approach to reach asset management (AM) excellence in various industries.

But…how about the human approach?

In 1850, the information available doubled every 45 years.

In the past, all the knowledge was owned by the boss (manager). The only place where you could learn was school. So, the boss went to school, read a lot of books (only available at school) and earned a degree. In other words, the boss was the smartest guy in the company – an example of the 2-D Age. Employees looked up to the manager because this person had all the knowledge. In other words, the boss had the power based on knowledge. All this had to do with availability of information.

In 1990, the information available doubled every three years.

In 2011, the information available doubled every two years.

Only 13 percent of the people worldwide are engaged in their work.

It’s a disturbing number, to say the least.

Based on Gallup’s nationally representative polling samples in 2011 and 2012 from more than 140 countries:

63%of the workforce is not engaged or are simply unmotivated and unlikely to exert extra effort.

24% of the workforce is actively disengaged or truly unhappy and unproductive.

13% of employees worldwide are engaged in their jobs, emotionally invested in their work and focused on helping their organizations improve according to additional data on the Internet.

Combining the three facts, one can discern that most people are not engaged and one important reason for that is their knowledge isn’t used or is even neglected. The solution is simple. Engage and empower people by using their knowledge. That said, how can this be implemented in real life?

Let’s start with the maintenance excellence (MEX) program used in a pharmaceutical company.

Step 1: Conduct a survey. The purpose of the survey is to learn the maturity level of the maintenance department. The BAM model was used. It was learned that the work order flow was poor, especially work preparation and scheduling.

Step 2: Establish a road map. After defining the maturity level and indicating the opportunities, develop a road map that describes the necessary steps to go forward.

The survey conducted at the pharmaceutical company found that the main issues were located in the work preparation and scheduling processes. After analyzing and improving the process, a hands-on tool time (HOTT) analysis was performed. Changes were incorporated into the processes and implemented. After one year, another HOTT analysis was conducted and the results were stunning.

Before implementation, the average duration of a work order was four hours. After implementation of the changes, the duration was only three hours. The company managed 9,000 work orders on a yearly basis, with an average full-time equivalent (FTE) cost of $59.30. After the first year, the company realized a profit of $534K.

One lesson learned was that communication is key. If you don’t explain why and what the purpose is, then people are skeptical from day one and will not (fully) cooperate.

The four essential areas to remember when working with people are: 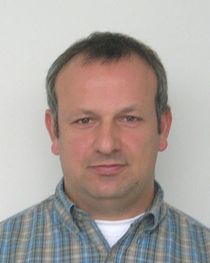 Rudi Frederix, is General Manager at AMOTE vof located in Belgium. He has been involved in the asset management field for 25 years and has worked in a variety of industries, including automotive, oil & gas, chemical, food, pharmaceutical, mining, and nuclear energy. Rudi has a passion for project management, maintenance and reliability best practices. www.AMOTE.be