The Impact of Federated Manufacturing on the Industrial Sector

When considering the future of production in the era of Industry 4.0, there is a truism that applies to any revolution: It is much easier to recognize when it starts than to predict how it will end. Within the hype zone of digitalization, the topic of federated manufacturing has, thus far, gained relatively little attention.

What Is Federated Manufacturing?

In 2017, the research and consulting firm Frost & Sullivan, in collaboration with Intel and GE, released a white paper titled, Vision 2030: The Factory of the Future. The authors suggest that “the future state, in the next 10-plus years, is for the establishment of so-called micro-factories that, for example, will enable significant levels of personalization using 3-D printing and digital manufacturing techniques.”

Federated manufacturing is the next phase of the new industrial revolution; the move away from centralized manufacturing based on cost savings from economies of scale to an on-demand model based on the application of big data.

From Mass Customization to Additive Manufacturing

In 1997, James Gilmore and Joseph Pine wrote an article in the Harvard Business Review titled, “The Four Faces of Mass Customization.” At the time, mass customization was considered a breakthrough concept and the article received overwhelming acceptance in both the academic and business worlds.

More than two decades later, it is clear that Gilmore’s and Pine’s vision has not been actualized. This is because mass customization is based on the erroneous assumption that consumers will invest their time to willingly collaborate with the manufacturer and manually select each feature of a product. This model of bespoke tailoring is suitable for the purchase of a new computer but has not been widely applied.

Today, with advances in machine learning and artificial intelligence, manufacturers can access big data and use learning algorithms to customize a product without the customer’s direct input or even knowledge.

In many manufacturing verticals, the benefits of Industry 4.0 and federated manufacturing can outweigh the economies of scale that are gained from centralized production in low-cost locales.

There is already evidence of changes to operations and maintenance (O&M) models that will enable federated manufacturing.

More original equipment manufacturers (OEMs) are exploring or migrating to hardware as a service (HaaS). With HaaS, the OEM leases the industrial machinery to the manufacturing plant and services its own equipment. This is similar to what engineering company Rolls-Royce did back in the 1960s with its licensing model. Instead of selling its engines to aviation customers, it offered them the ability to lease the engine as part of a subscription agreement. Rolls-Royce retained ownership of the engine and also the responsibility for reliability and maintenance.

OEMs offering HaaS need the ability to track the performance of equipment that is widely distributed. One company is addressing this with remote monitoring facilities that cover a multitude of production plants.

With the precipitous reduction in the cost of connectivity, storage and computational power, machine learning is applied to sensor generated big data. Algorithms are trained to detect anomalous sensor behavior that is indicative of evolving asset failures, allowing the OEM to dispatch technicians prior to the occurrence of unplanned downtime.

One of the drivers to HaaS that is enabling remote monitoring is an innovation in the machine learning discipline called automated machine learning (AutoML). With AutoML, machine learning algorithms replace certain laborious data science tasks, such as data preprocessing and algorithm selection. As a result, OEMs can significantly increase the industrial analytics coverage of leased equipment, thereby scaling their O&M operations cost-effectively.

As federated manufacturing is incorporated into Industry 4.0 plans, who would benefit from this?

According to a Deloitte survey, almost half of the representatives from the Swiss manufacturing sector indicated that Industry 4.0 will lead to a slowdown in the trend toward relocating to low wage countries. Only eight percent of survey respondents completely disagreed.

On a superficial level, a shift in production from developing economies to mature markets is a win for survey respondents who disagreed with the slowdown at the expense of the Swiss manufacturing sector. The reality is far more complex. In an interconnected global economy, it is a mistake to view shifts in production as a zero-sum game.

First, many mature economies are plagued by tight labor markets and aging workforces. An increase in demand for industrial sector jobs could result in wage inflation. Another possibility is that the industrial sector may become reliant on migrant workers, thereby creating other social and political challenges.

The second issue is that a slowdown in the economies of emerging markets would hurt many of the global multinationals that are reliant on these markets to fuel their growth. In 2018, banking executive Peter Wong wrote an article in the South China Morning Post that compares the growth of the middle class in Asia to the post-World War II growth of the middle class in the West:

“The rise of the Asian consumer will be a dominant economic theme for the next several decades. By 2030, it is forecasted that two-thirds of the global middle class will be living in Asia. In contrast, North America and Europe will together account for only a fifth of the world’s middle-class population, down from more than half in 2010.”

Although populism and economic isolationism seem to be the flavor du jour in a surprisingly large number of countries, over the long term, a disruption in the growth of the middle class in Asia could hurt both mature and emerging economies.

Industry 4.0 is still in its nascency and the consequences will likely be far-reaching on the supply chain, environment and energy market. As with any revolution, old elites are replaced by new centers of power. Even if it is too early to forecast the full impact of federated manufacturing, industrial producers should be cognizant of its implications when planning and investment in new production facilities. 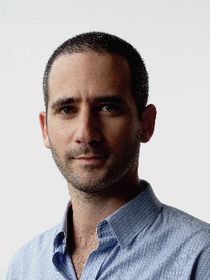 Eitan Vesely, is a Cofounder of Presenso and its Chief Executive Officer. Eitan is considered a thought leader in the Maintenance 4.0 discipline and has written extensively on this topic. He was previously a hardware specialist and a support engineer for Applied Materials, where he specialized in software-hardware-mechanics interfaces and system overview. He holds a BSc degree in Mechanical Engineering from Ben-Gurion University of the Negev.