Originally, the intent of fault tree analysis (FTA) was to assess equipment reliability in the space industry. Nowadays, FTA is being widely used in any type of study that requires quantifying frequency or probability, or just for deductive representation of events that, when triggered, result in an occurrence of a top event. This article summarizes FTA quantification using the method of cut sets (MOCUS) and describes the methods of Birnbaum, criticality and Fussell-Vesely.

FTA can be developed as far down as the analyst requires. The analyst must have a logical mind and the ability to understand and visualize the logic structure and the interactions of operability, chemical, electrical, mechanical, structural, control systems, subsystems, etc. It is also essential to know the client’s desire to perform an FTA, without falling into the trap of providing an excessive amount of details, which can be useless for the client.

The FTA should take the exact level of detail needed, which is normally the equipment level. The internal design of a piece of equipment has a very low chance of redesign and requires specific expertise to assess internal components. Therefore, exploring detailed components may not always be the best approach, especially during the initial engineering stages. Figure 1 shows a simple example of a general FTA and its Boolean equation.

According to the American Institute of Chemical Engineers Center for Chemical Process Safety (AIChE/CCPS), these assumptions should be considered during FTA development:

One of the desired outputs while performing an FTA is to identify event improvements that would maximize the performance of the system. The three importance measure methods typically used are Birnbaum, criticality and Fussell-Vesely. These methods allow for basic events identification with the highest importance measure value. The differences between the three are:

Method selection should consider the following:

Birnbaum: Improvement efforts to increase availability are similar and can be applied to any basic event;

Criticality: Improvement efforts can be applied only to the most basic critical events or when the objective is to prioritize maintenance efforts;

Fussell-Vesely: When the objective is to minimize the contribution of each basic event.

The following sections exemplify the cut sets and minimum cut sets calculation for the FTA provided in Figure 2, which includes the Boolean equation solution.

Definition of the Cut Sets

The top event P is triggered if the following combination of events occurs:

Using the correct representation of cut sets, Boolean simplification (numbers 4 and 6 in the following list) and super cut sets would look like this:

The top event probability is calculated as follows:

Event sensitivity using Birnbaum, criticality and Fussell-Vesely is used to evaluate the basic event criticality to the top event probability. This is performed following these tasks:

Cut set criticality evaluates the influence of each cut set in the top event’s probability. This is performed following these tasks:

Table 2 shows the results for the cut set criticality.

An FTA’s top event can be calculated considering different methods, such as Boolean mathematics, Monte Carlo simulation, Markov chain, MOCUS, etc. Depending on the complexity of the FTA, Monte Carlo methods might take excessive amounts of effort to achieve convergence. Boolean math might become too complex to solve and Markov chain might not be adequate to consider all types of failures.

As demonstrated, MOCUS is a deterministic solution that requires less computer efforts to calculate the top event’s probability or frequency, thus reducing error probability and taking less time to obtain the results. 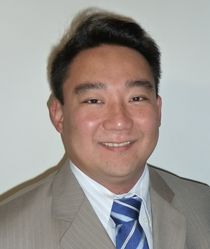 Fabio Oshiro is Principal Risk, Safety and Reliability Engineer with Monaco Engineering Solutions based in Surrey. Fabio started as an HSE engineer and later became a reliability specialist performing Weibull and RAM analysis. He has a wide range of experience in all areas of asset integrity, such as FMEA, RCM and RBI. www.mes-international.com