More specifically, without failure modes all you have is a bunch of codes. This may be the most overlooked data element as most computerized maintenance management system (CMMS) products do NOT capture the failure mode. This critical data element allows one to: (1) derive the ideal maintenance tactic, (2) quickly compare work order (WO) failure modes with RCM analysis failure modes, and (3) support drill-down on asset worst offenders for basic failure analysis. Failure data and failure analysis provide a holistic process in search of continuous improvement – using the CMMS. And, within the entire CMMS product, this may be the one feature’s greatest potential, return on investment.

Note: A best-in-class organization would demand accurate failure data. They would routinely leverage data in the CMMS to make more informed decisions. The reliability team would include representatives from operations, health, safety, environment (HSE), maintenance, and engineering.

RCM Objectives - Simplified - The objectives of RCM analysis are to:

Failure Modes Driven Strategy - This is a philosophy which determines maintenance tactics (stored in PM/PdM library) based on failure modes. Without this information, the maintenance and reliability staff must rely on OEM manuals and/or experienced staff for input.

Failure Code Hierarchy – At the Asset Level - This 4-level hierarchy is a common design by some CMMS products. This type of failure coding is usually at the asset level.

Failure Mode - The failure mode contains 3 distinct pieces of information: component-part; component problem; and the cause code. Each individual piece should come from a validated field. All 3 pieces are then concatenated together on the work order at job completion.

Assumption: A work order exists and it is tied to an asset (e.g. fuel pump), whereby the fuel pump has stopped running. The technician discovered the bearing had seized. Upon further research, it was noted an error occurred due to a lack of lubrication.

Component-Part - This is the “failed” component. It is critical to the failure mode. This component is usually not known until the job is done. Examples include impeller vanes, bearing, casing, wear rings, drive belts, rotor, gauge, seal, shaft, fitting, and mounting nut. Note: It is best not to put the component as part of the failure code hierarchy due to a large variation.

Component-Problem - The component-problem could also be different from the asset-problem and it needs to be its own field.

Cause Code Which Caused the Component Failure - This information may be the hardest to capture, but it is the most important. Without knowing the cause, it is quite possible the new bearing you just installed could fail 2-3 months later because the true cause was not resolved.

Maintenance Tactics - Maintenance tactics (strategies) are selected to address the failure modes. Inside the CMMS, these are part of the PM/PdM library.

From the above, it should be noted that new fields might be added to the work order main screen, such as failed component, component problem, and cause codes.

In the following diagram, you will see the five main components of RCM.

Basic failure analysis leverages historical failure data to help you identify the worst offenders in terms of recurring events. It is just one of several tools the reliability professionals use to eliminate defects.

So, What’s the Problem? Why Is Failure Data Being Overlooked?

Failure data includes many elements, such as asset condition, type failure, failure mode, downtime, and actual costs. These data elements are used within the failure analytics. But 70 percent of all CMMS installations have never successfully performed basic failure analysis using Pareto style analytics. The fact that this percentage has not changed for many decades should be an issue by itself. Here are some possible reasons:

Failure analysis is not understood
The user community has different definitions for “failure analysis”. To some, this could be reviewing a bunch of work orders in a conference room.

Failure analytic report does not exist
You should not assume the out-of-the-box CMMS has a decent failure analytic – if any. Therefore, the stakeholders have to define and build this report. This report should provide multiple ways to sort, select and drill-down on failure data, including MTBF, failure occurrences, downtime, age, or annual cost/replacement cost.

Reliability Team was not established
Without a reliability team, there really is no one to give a failure analytic to. This should be a formal event, occurring every month, which begins with analysis of the worst offenders – as indicated by the failure analytic.

CMMS failure data includes many data elements, but the most important one is failure mode. The first significant benefit of using failure modes is to capture it on the work order at job completion so that ready comparisons can be made to the RCM analysis failure modes library.

Assuming the failure mode is established during RCM analysis, this information can be used to determine the maintenance tactic which feeds the CMMS PM/PdM library.

This illustration shows the three elements of the failure mode and how that information can be used.

One might ask why the failure mode was never introduced to CMMS design. We may never know that answer. Although the work order is written to the asset, it is very important to identify the failed component.

Failure Code Hierarchy (FCH) design
To fully load a hierarchy for all possible failure classes with all possible components could require substantial time. And because of this complexity, the staff frequently decides not to build the complete hierarchy, let alone populate the work order.

Cause Codes
Due to the importance of capturing accurate cause codes, it helps the user to be able to “drill into” the true cause. And this design requires a cause code hierarchy.

Setting Up Cause Codes

Validated fields are needed for capturing failure data. This approach prevents erroneous information. Failure data fields should be mandatory if a repair activity was performed (involving functional failure). Remember that every day that passes where work orders are completed (or closed-out), and missing failure data, it will be near impossible to go back and recover this information.

So that said, how do you move forward? Here is a set of instructions:

The assumption here is that all assets basically have the same set of problem codes. You should be able to create a standard set of problems with under 20 choices.

It is important to note that failure data is captured at different points in the WO chronology – and by different people. The operations (or maintenance) staff creating the initial request would specify the WO number, problem description, asset number, asset-problem, type-failure (full, partial, potential, defect), and worktype (=Corrective Maintenance). At job completion, then the technician starts the failure mode capture, but the maintenance supervisor and reliability engineer may also be involved.

There are multiple ways to have a successful reliability program. However, the CMMS is a key element to that success. The stakeholders (e.g. core team) have a responsibility for identifying/creating that vision - and road map - to get there. It’s always best to create a long-range plan beginning with a clear endgame.

You might request a new project called reliability improvement. And as part of that effort, early setup of failure data fields, coupled with staff training, is encouraged. If it takes more time to get the failure analytic designed and a reliability team in place, so be it. At least the correct failure data will be there when you are ready. The final result is a maintenance reliability program that preserves asset performance, promotes work force productivity (and job safety), and optimizes O&M cost. 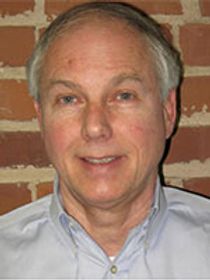 John Reeve was the second consultant hired by the company that invented Maximo. He spent the first ten years as an international consultant in project management involving scheduling system and cost management design. Aerospace and defense industries as well as nuclear power plant construction and operation depended on this software. In the following 20 years, his focus shifted to asset management design. During this time, John submitted a U.S. Patent in maintenance scheduling for an “order of fire” design. His combined knowledge in both project management and asset management make him unique in the consulting field. His goal is to bring the CMMS community closer to the world of RCM practitioners.