The Vanishing Workforce and How to Deal With It

For over 10 years, the country has seen a shift in the workforce. Older workers, known as baby boomers, have begun to leave in droves before younger replacements are trained or, in some cases, even onboard. You keep hearing, “jobs, jobs, jobs,” but what should be heard is, skilled workers, skilled workers, skilled workers. That’s right, there is a worker shortage more than a job shortage. Why, you may ask? There are several reasons, but more importantly, very little is being done to solve the problem.

The older workforce problem had started even before the recession. Workers between the ages of 50 and 65 started to retire, leaving gaps in the workforce that were not being filled prior to the vacancy. This did not allow younger workers, when and if they were available, to gain some of their predecessors’ knowledge. In addition, there were fewer younger workers entering the trades. Many companies were caught between a rock and a hard place; they had jobs, but few skilled enough to do them. 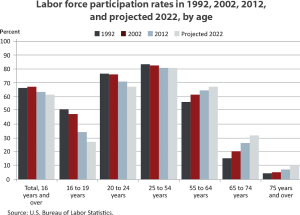 Look at what has happened:

In addition, the Great Recession actually helped the situation. Many boomers lost thousands in retirement funds, making retirement almost impossible for many. So, these workers started staying longer in the workforce. Also, with companies feeling the pinch, training, including apprenticeship programs, began to disappear. A job shortage began as companies cut back. This gave birth to sayings like, “do more with less,” and soon wages became stagnant and unemployment lines swelled. Slowly but surely, the country began to rebound. Retirement funds started to build and soon the boomers started to retire. As the economy started to rebound, the new problem developed, a shortage of skilled workers. Even the White House administration kept pushing education, with all of the programs aimed at college. They did not emphasize opportunities in the trades, nor did they recognize the value of those hardworking Americans who work with their hands, which is a shame because it exacerbated the skilled labor shortage, as shown in Figure 2.

Figure 2: The shortages in various trades

A welder today in most parts of the country usually starts at $50 an hour and looks forward to security for many years to come. Some college graduates get hired for $35K per year, have a mountain of debt and do not know when opportunities for advancement will begin.

Germany had recognized a similar problem and began creating technical programs for the trades, with graduates getting a diploma and a two-year degree, as well as a prosperous future. Over 1.5 million people are participating in these programs. In the U.S., Georgia has started creating similar programs. But, what about the rest of the country?

Training is a key word here. Technical training, either before or after hiring, must take a front seat in all companies.

Training is a key word here. Technical training, either before or after hiring, must take a front seat in all companies. The use of a skills matrix provides a foundation for developing the right training for the workforce, both in the present and for the future. The skills matrix identifies the requirements needed to work in a position, then identifies the training required, as well as the sources. These sources can be colleges, technical schools, or even contractors. Create an internal certification program to develop a healthy competitive spirit and goals that one can pursue and live for. Intern programs are a great way to introduce younger folks to opportunities in an actual working atmosphere. Contact local technical schools and colleges.

Communication needs to be enhanced to make the trades something to be proud of. All positions in industry are important. An “All Vocations Matter” movement needs to begin. Every company must change the culture to make working in the trades palatable and instill a sense of pride. The impression that only college graduates will succeed needs to be discarded. Not that there isn’t a need for degreed professionals, but college is not for everyone. There are many alternatives to college degrees for high school graduates. There is the military, which today provides some of the best training in the world in a variety of vocations, and opens the eyes of individuals who are undecided. There are technical schools and the government is also now passing legislation to provide the must-have training needed for the thousands of jobs currently available. So, young people not wanting to or not qualifying for degreed programs have numerous alternatives to explore.

All positions in industry are important.

As illustrated in Figure 3, a basic skills matrix can be as simple or as complex as needed depending on the company. The purpose of a skills matrix is to have a basis for the training required that can be used as the focus for employee development. This is a tool that supervisors and managers can use to determine training requirements and develop an annual training plan. Additionally, it can be utilized as a hiring guide.

The labor shortage is affecting all industries, including construction, manufacturing, mining and even refining. If it is not yet seen in your industry, watch out because it is on the way. The U.S. government is not going to do a bailout and, as a matter of fact, matters may become worse when new jobs are created as part of the current administration’s goals. Addressing the skilled labor shortage has to be a team effort, with industry and government working together.

The first step has to be awareness. There is a general false impression that the problem is a lack of jobs, but few realize the real problem is resources, namely skilled workers. If the U.S. does not start now, the problem will only get worse. This problem will neither fix itself nor disappear in time. It requires action, and action now!

What action can you do now? Start with your own company. Look for applicable venues and get involved with local government. Soon, you will see a movement, like training institutions helping companies train personnel by forming partnerships, much like intern programs. Soon, you will see the change, with people entering or, in many cases, reentering the workforce as skilled workers ready for the task. What else will change? Attitude! Yes, the workforce will have that “can-do” attitude that hasn’t been seen in a while. Why? Purpose, of course! A person with skills and a purpose will become more valuable with every task assigned.

After years of running flat out, U.S. Gulf Coast refiners are lining up repairs to plants in 2017 - but facing a severe labor shortage that could delay work, drive up costs and raise accident risks.
Fuel producers, such as Marathon Petroleum Corp (MPC.N) and Valero Energy Corp (VLO.N), have delayed routine work in the past 24 months amid high margins. Those margins collapsed this year in a global fuel supply glut, providing an incentive for refiners to undertake the shutdowns necessary for maintenance. 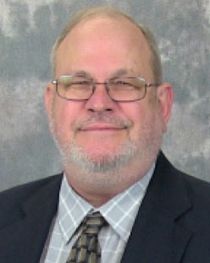 Dave Abecunas, CMRP, is a Discipline Lead with Commissioning Agents, Inc., and has over 40 years of experience in asset management and reliability. Dave has extensive experience in reliability-centered maintenance, computerized maintenance management systems, root cause analysis and training development. He believes that continuous improvement is the key to every organization’s success. Dave has held positions both in the workforce and management, and understands the challenges they face today.